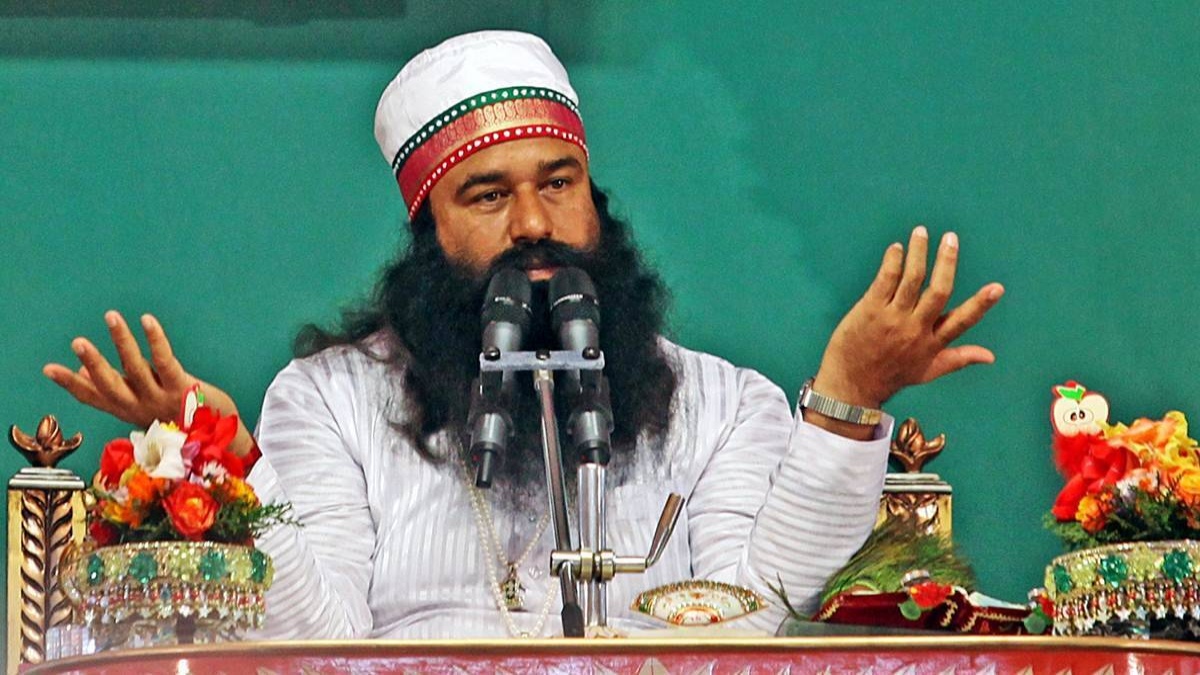 Dera chief Ram Rahim, who is serving 20 years’ sentence in connection with the murder of a journalist named Chattrapati and the rape of two women, along with four culprits, was awarded life imprisonment by a special CBI court in Panchkula on Monday for the murder of former Dera manager Ranjit Singh. Over two years back, the sect head was also awarded life imprisonment for the murder of a journalist and is serving the sentence since 25 August 2017. Besides, a penalty of Rs 31 lakh was levied on culprit Ram Rahim, while a combined penalty of Rs 2 lakh has been imposed on four other culprits, Rs 50,000 each. It is worth mentioning that as many as 61 witnesses were produced during 250 hearings in the case in the Panchkula CBI court. The case continued for 19 years and finally came to an end on Monday, the day which was reserved for the verdict.

In order to maintain law and order and to avoid any kind of nuisance or violence, strict security arrangements were made and Section 144 was imposed in Panchkula district from 17 October midnight. Prior to the pronouncement of the decision and according to the police department, it appears that in the wake of the likelihood of causing tension, annoyance, obstruction or injury to any person, danger to human life and property, Section 144 was imposed.

Besides, sufficient force was deployed around the Dera located in Sirsa to deal with elements with ill intentions to spoil the law and order situation. The police department had tightened the security in the surrounding and adjoining areas to Sunaria Jail, Rohtak to maintain law and order as culprit Ram Rahim is presently serving life imprisonment in the above mentioned jail. Nearly 700 police personnel along with an additional battalion of Indian Tibet Police Force (ITBP) having 100 jawans were deployed in Panchkula.

It is pertinent to mention that before this, a statement of eight pages on the part of accused Ram Rahim was presented by his lawyer on 12 October 2021 in the court, pleading leniency and citing social work done by him. Besides, his lawyer had defended Ram Rahim saying that his client has contributed a lot in the service of humanity so the court should think about this before pronouncing the verdict. Before the decision came, legal experts were of the opinion that the accused are most likely to be awarded life sentence or death penalty. It is pertinent to mention that the culprit Ram Rahim Gurmeet Singh, along with Krishan Lal, was convicted under Sections 302 and 120b of IPC, while the rest three were convicted under Sections 302, 120b and the Arms Act. Under Section 302, a convicted person may be given life sentence, while Section 120b contains at least 7 years’ sentence, extendable up to life imprisonment.

Sudhir Kumar, the CBI judge in the present case, has given verdicts in many big cases. In a reaction to the conviction, Jagsir Singh, son of slain Ranjeet Singh said that he is satisfied with the court’s decision.

* Jagsir Singh, son of Ranjit filed a plea in January 2003 demanding CBI probe and the court framed charges against all five accused.

* The court ordered to include the name of the Dera chief in charge sheet in 2006.

* Finally, all the five culprits awarded life imprisonment on 18 October 2021.