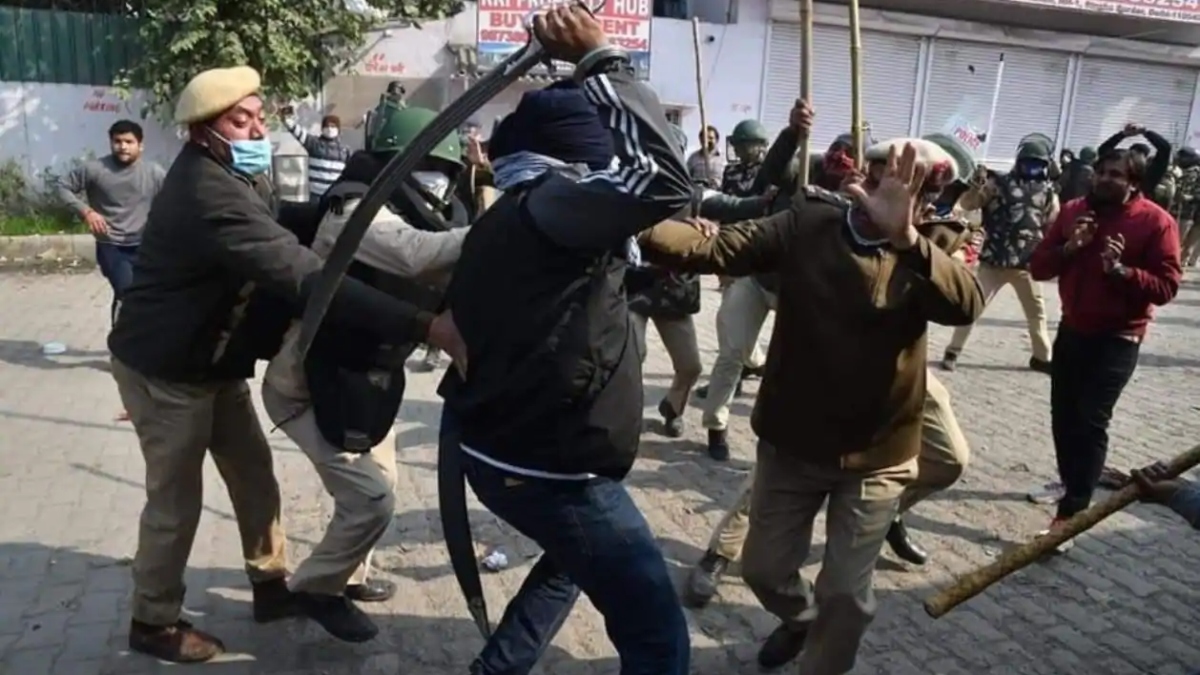 Delhi’s Haryana border at Singhu on Friday saw a pitched battle between the agitating farmers the locals who wanted to get the over two-month-old road blockage cleared. The violence saw several people being injured, including a Delhi Police SHO who was attacked by a man—allegedly from the protesting farmers’ side—with a sword, reported news agencies.

At least 44 people, including the one who attacked the Delhi Police SHO, have been arrested in connection with violence at Singhu border on Friday, Delhi Police said.

Group of men, who claimed to be from nearby villages and wanted to get the over two-month-old road blockage cleared came to blows with the farmers after heated arguments and then locals damaged tents, leading to stone pelting from both sides.

Soon some people were also seen armed with swords and lathis, and as police came to the rescue, several were injured.

As police resorted to mild lathi-charge to bring the situation under control, Alipur Police station SHO Pradeep Kumar was injured in the violence allegedly with a sword.

The situation came under control at around 2.30 pm as several people were detained.

Questions are being raised as to how despite heavy police and paramilitary presence a handful of men came near the protest site after which situation became volatile. This happens even as security was raised at Singhu, Tikri and Ghazipur borders three days after violent clashes during Kisan Gantantra parade on 26 January in Delhi.

Thousands of farmers from Punjab, Haryana have been protesting at the Singhu border since 26 November last year demanding the repealing of three farm laws. Things came to an anti-climax for the farmers after their Republic Day vandalism during the tractor rally.