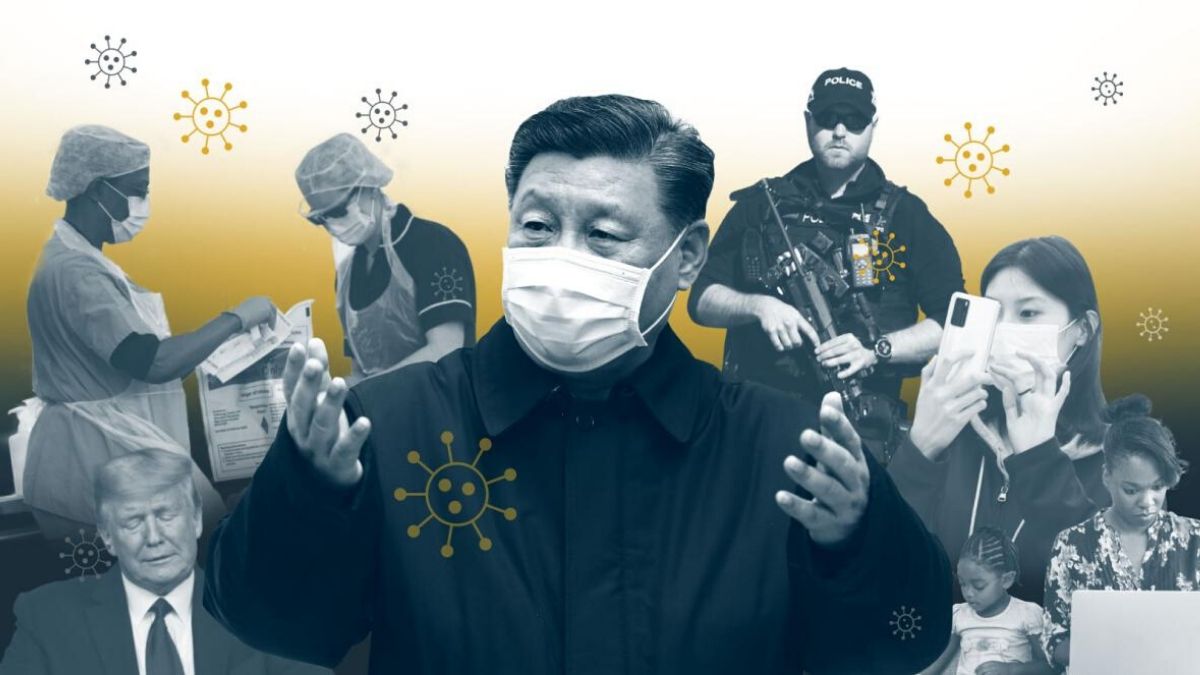 Last month, Thomas Friedman wrote in his New York Times column that world history should henceforth be divided into B.C. and A.C. — “Before Corona” and “After Corona”. It’s far too early to make any sweeping pronouncements on how the world will change after the coronavirus pandemic is over — or if it will change at all. Within a few months of inception of Covid-19, the virus has affected almost all the countries around the world killing lakhs of people.

It has caused — and will continue to cause — severe damages to the global economy. Coronavirus is reshaping world societies, politics and economies slowly but surely. When we analyse recent developments, five clear trends emerge, especially in geopolitics and geo-economy. First is the slowing down of the United States. When Donald Trump began his presidency in 2016, his main mantra at the Oval Office was to “Make America Great Again”.

But he wanted to ride this wave of American revivalism through the odd vehicles of de-globalisation, protectionism and trade wars. Questioning the role of the US as a global policeman was central to his strategy. But in the middle of the election year, a virus made things bad for Trump as well as America.

With more than 6.65 million people having filed for unemployment benefits in the last week, the latest figures highlight the devastating economic impact of the pandemic on the US economy. America with the world’s best scientists and resources to fight the pandemic now faces the highest number of Covid-19 cases as well as deaths in the world. Who would have imagined more than 500 people dying each day in the city of New York? With the US losing its lustre, would China be able to fill the vacuum remains a question.

The second trend is the strengthening of the RussiaChina axis. After sidelining Russia post to its invasion of Crimea and sanctioning its exports for a proxy war in Ukraine, the US and its allies in Europe have pushed Moscow towards Beijing. During the Cold War, the US was successful in keeping the two communist countries separate, which ultimately led to the fall of the erstwhile Soviet Union. But in today’s global scenario when the US is retreating from its role of global policeman, the bond between Russia and China is at an all-time high.

Energy, military coordination, global political cooperation, etc, are a few spheres where these two countries are seen to be working together. Russia’s recent support of China in the UNSC to ban a discussion on Covid-19 is the example of the strategic ties between the two nations. Russia’s geopolitical presence, especially in West Asia, and the recent dominance politics of oil in OPEC+ along with China’s global economic might, are signals of big future developments.

The third trend is about the struggle of the emerging economies. The global economies which were already facing the brunt of trade and tariff wars were brought to the knees by the sudden coronavirus pandemic. With countries around the world in lockdown, economic activities have come to a standstill.

The International Monetary Fund (IMF) suggested that the pandemic would cause a global recession in 2020 that could be worse than the one triggered by the global financial crisis of 2008-09. This is because the Covid-19 has brought the demand as well as the supply side problem, while in 2008 subprime financial crises were just a demand side problem solved by stimulating the economies through quantitative easing. The adverse effects of prolonged restrictions on economic activities in developed economies will soon spill over to developing countries via trade and investment channels.

A sharp decline in consumer spending in the European Union and the United States will reduce imports of consumer goods from developing countries. Also, global manufacturing production could contract significantly, amid the possibility of extended disruptions to global supply chains. As per the United Nations Department of Economic and Social Affairs, the global GDP could shrink by 0.9% in 2020, instead of growing a projected 2.5%. A huge stimulus along with a coordinated approach at the global level is the need of the hour. The fourth trend is disruption in the global value chain.

With more than 55% of the Global Value Chain (GVC) either directly or indirectly linked to China, the world has now realised its dependency on Chinese manufacturing. The sheer manufacturing scale, production lines and cheap output of products by the Chinese are unreplaceable as of now. The world has to slowly but steadily find a replacement to the dragon and countries like India, Vietnam, Mexico, Bangladesh, etc, can help the world with their cheap labour and revived capacities.

The last trend is multilateralism, which is the only way forward. The current crisis is even more deserving of a multilateral response because it presents challenges above and beyond those previous threats. Globalised cities are the most vulnerable and, by extension, any country that transacts through them is at risk. In what amounts to an economic perfect storm, the pandemic has combined with pre-existing recessionary pressures, the broader disruption to global trade, and a new and somewhat unexpected complication: a sharp drop in oil prices.

Institutions like International Monetary Fund, World Bank, World Trade Organisation, United Nation and G-20, which were slowly becoming irrelevant due to the rise of de-globalisation, protectionism, and nativism, have a great opportunity to show the world their importance. This can only be achieved through a calibrated response of global leaders at every front. The sooner the world comes together, the faster it heals.

It’s now or never! Every crisis brings hidden opportunities with it, the world needs to coordinate, think and cooperate for an exit strategy against this “Black Swan” event. It would require determination, willpower and transparency at multiple levels. I would make five recommendations for future geopolitical engagement:

1. The strengthening and revival of multilateral and global democratic institutions by countries like the US, the EU and India.

2. Questioning China and holding it accountable for the Wuhan pandemic.

3. Finding alternatives to Chinese dominance in global manufacturing and trade.

4. Promoting globalisation, free trade and multilateralism for a speedy recovery from economic recession.

5. Bringing all the biological labs under the inspection of the UNGA. The writer is educationist and social activist.