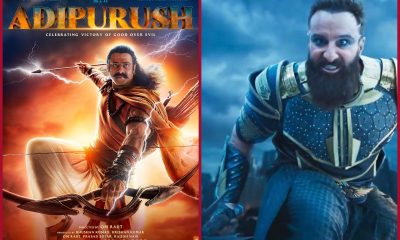 A controversy has erupted after the release of the poster of Ravana in the film ‘Adipurush’, based on the story of Ramayana. After that, the sages in Haridwar have also raised their objections regarding the look of Ravana and other characters in the film. Saif Ali Khan is playing the role of Ravana in this film. The recently released look of Ravana has been shown to be completely different from the traditional look, which is being described as objectionable on social media. The Sadhu saints in Haridwar say that a section is trying to change Hinduism and its beliefs. This is playing with the faith of Hindus. Such films and filmmakers should be boycotted. The sages also say that such acts are going to be the reason for the downfall of Bollywood.