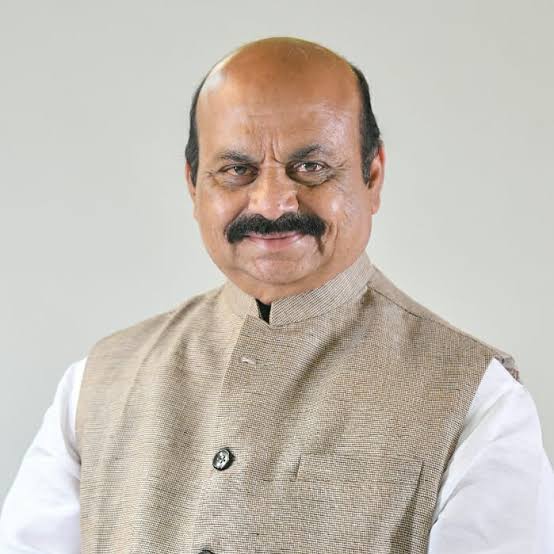 Karnataka Chief Minister Basavraj Bommai on Sunday attacked Congress for doing nothing for the welfare of SC/ST communities and said that Congress will “disappear” in the “tsunami” of Bharatiya Janata Party (BJP).
“Sonia Gandhi who had won from Ballari in Lok Sabha election had promised a Rs 3000 crore package but didn’t give three paise. She cheated the people of Ballari.
The voters of Ballari will teach a lesson to Congress in the coming election. The country’s grand old party will disappear in the Tsunami of the BJP. The previous Congress Government earmarked Rs 8000 crore and Rs 15000 crore but never actually did justice,” he said. His remarks came while addressing a mammoth rally organized by BJP ST Morcha, CM Bommai also said that they are treading the path shown by Prime Minister Narendra Modi who has united the whole country with his programs such as Sab Ka Saat, Sab Ka Vikas, Sab ka Vishwas and Sab Ka Prayas.
“Through this, PM Modi rendered justice to every community. The state government has taken a historic decision to hike reservations for SC/ST communities,” he added.
He called the hike in quota for Scheduled Caste (SC) from 15 per cent to 17 per cent and for Scheduled Tribe (ST) from 3 per cent to 7 per cent as a constitutional decision which has allowed those from the communities to live with self-respect.
The Karnataka CM attacked Former Congress President Sonia Gandhi over her promise of a Rs 3000 crore package for Bellari and said that Congress will “disappear” in the “Tsunami” of BJP.
CM Bommai attacked the Leader of Opposition Siddaramaiah and alleged that the latter did not do anything for alleviating the poverty of the SC/ST community.
“The Congress party ruled for over 60 years. It has only talked about the welfare of SC/ST Communities but never alleviated their poverty. They used the community only as their vote bank. The Congress leaders lie about Bharat Jodo Yatra creating a tsunami by holding functions at small venues. The BJP government will strive hard for making SC/ST, Backward Classes and minorities live with dignity and self-respect. Time for change has come,” he said.
The state chief said that numerous schemes had been started for the social, economic and academic uplift of the SC/ST communities
“The government has given grants of Rs 28000 crore for the SC/ST communities. Several schemes of the Social Welfare Department have been given Rs 6000 crore. A separate directorate has been established for the ST community. Former CM B S Yediyurappa did justice for the Halumatha Community, released grants for the development of Kaginele Kshethra and also announced the celebration of Valmiki Jayanti. 100 Ambedkar hostels and 50 Kanakadasa Hostels are also being constructed,” he said
CM Bommai also called Maharishi Valmiki an inspiration and said that the Valmiki community must be involved in nation-building activities.
“The Ramayana was penned by Maharshi Valmiki and that work is considered one of the best religious works. The community people are very brave and they defeated the Mughals. Some of the brave people of this community are Veera Madakari Nayak, Ekalavya, Bedara Kannappa,” he said.
BJP National President J P Nadda, Union Ministers Pralhad Joshi and Bhagwant Khuba, Former CM B SYediyurappa, BJP National General Secretary and in-charge Arun Singh, another BJP General secretary C T Ravi, Ministers B Sriramulu, Govind Karjol, Anand Singh, Prabhu Chouhan and MLAs Somashekar Reddy, Karunakar Reddy, Raju Gowda and others were also present for the event.