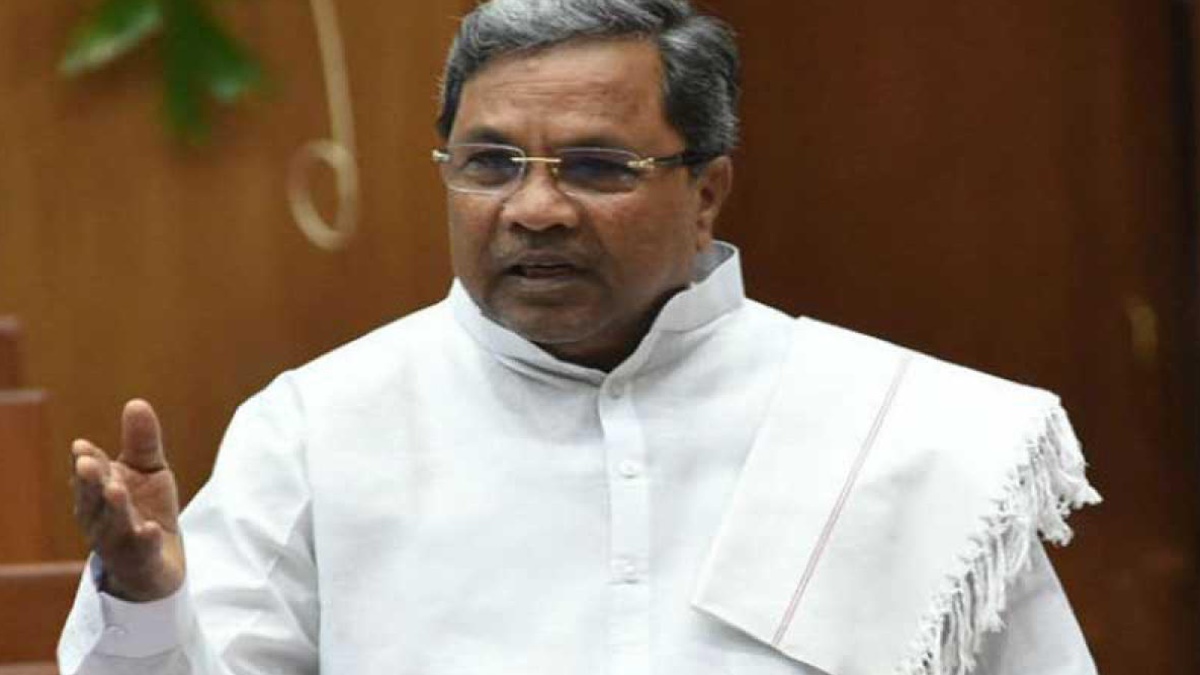 Amid the ongoing crisis in the Goa unit, Congress leader Siddaramaiah alleged that the BJP is offering Rs 50 crores for each MLA on Monday.

The remarks of the Congress leader came a day after rumours of a split in Goa Congress surfaced. Congress removed party MLA Michael Lobo as the Leader of the Opposition in the Goa Assembly alleging that he along with Digambar Kamat hatched a conspiracy to engineer defections in “total coordination” with the BJP. “By offering Rs 50 crores for each MLA…they (BJP) are not believing in democracy. Not only in Goa, everywhere they do Operation Kamala. They will offer money and purchase MLAs,” said Siddaramaiah.

Karnataka Congress MLA M.B. Patil said that the trading of MLAs has “spoiled the system” of the country. “C.T. Ravi’s statement is undemocratic…Buying MLAs for Rs 40 Crores. This has spoiled the system of our country, we’re ashamed that such things happen in our country,” said Patil.

When asked if MLAs from Karnataka will also join the BJP, the MLA said that the leaders from BJP and JD(S) will join the Congress. “No chance at all. In fact, BJP and JD(S) people will join Congress,” he said. Following the allegations of hatching a defection conspiracy in the Goa unit of the Congress party, former Chief Minister Digambar Kamat said that he is “shocked and stunned” and the words of party’s state in-charge Dinesh Gundu Rao have “deeply hurt” him.

Kamat also asked the Congress leaders to look at his performance in the party and said that he has led the party from the front.

The remarks of the Congress leader came a day after Rao alleged that Kamat along with Lobo was “conspiring” against their own party leaders in tandem with the BJP.

“I saw a video of the presser of Dinesh Gundu Rao (Congress Goa in-charge) which is being circulated. I am shocked and stunned; it has hurt me beyond words. Dinesh Rao was at my place on Saturday night, I told him my position then,” Kamat said while speaking to the reporters here.

“Because of your humiliation towards me after the elections, my workers are angry, I’m also deeply hurt. So for the time being, I said, I am not going to accept any responsibility. Once I’m fit, we’ll see. Rumours about me joining BJP have been spreading since 2017,” he added.

Stating that he would have gone “if he wanted to go”, Kamat said that he went all out for Congress, yet the party changed him from the position of the leader of the Opposition. “If I wanted to go, I’d have gone.

She has also claimed that whoever the people of Goa have voted for, they (MLA) all went to BJP. Atishi stated that in 2017, Congress was the largest single party in Goa, however, in 2022, the number of Congress MLAs has reduced from 17 to 5. The BJP, without a majority, had been ruling the state.

She also stated that in Arunachal Pradesh the number of Congress seats reduced from 60 to 44 and the CM of Arunachal Pradesh Prema Khandu joined BJP. In Meghalaya, BJP only won two seats but formed the government in the state. Atishi alleged that whoever votes for Congress would indirectly vote for BJP. Calling Congress, the ‘postman’ for BJP, she alleged that the Congress MLAs are selling their MLAs to anyone, who has been paying them money.