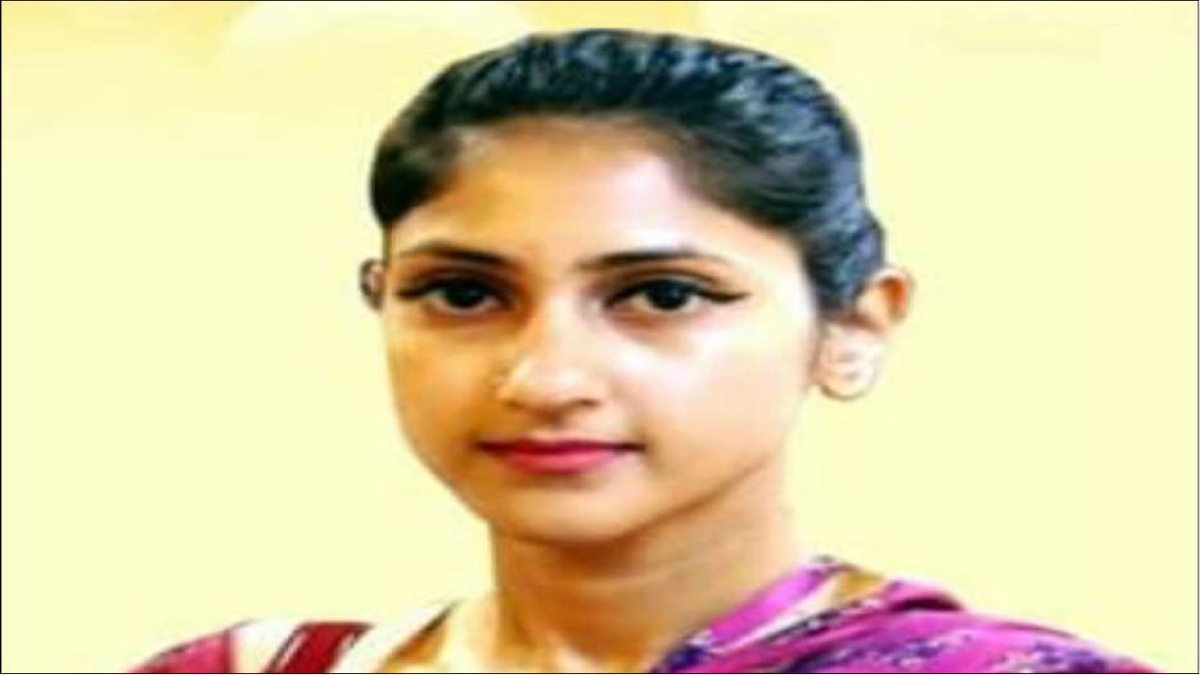 Congress MLA Aditi Singh is in news again with another issue that could cause a huge face-off between her and the Gandhis.

Singh has written to the Economic Offences Wing (EOW) alleging huge irregularities in the Kamla Nehru Educational Society. Aditi’s charge is that, apart from financial irregularities, the trust is also guilty of illegal land conversion. She claims that the land allotted to the trust was to be used for girls’ education which never happened. She further claims that there are now attempts being made to sell parts of the land for profit.

Singh’s charge can be politically damaging for Congress as the trust has had members close to the Gandhi family in the past, including Sheila Kaul, Yashpal Kapoor and Uma Shankar Dixit. In fact, Kaul’s sons and senior Congress leader Salman Khurshid are still associated with the trust. Aditi tried to give the issue a political twist too by claiming that it’s ironic that the Congress points fingers at the lack of transparency in the PM Cares fund when there is no transparency in the Kamla Nehru Educational Society. The BJP has picked up on these charges and used them to hit out at the Gandhis with Union Minister Piyush Goyal and leaders Amit Malviya and Shalabh Mani Tripathi putting out tweets. Aditi is now demanding that the EOW investigate and take action on the basis of her complaint. 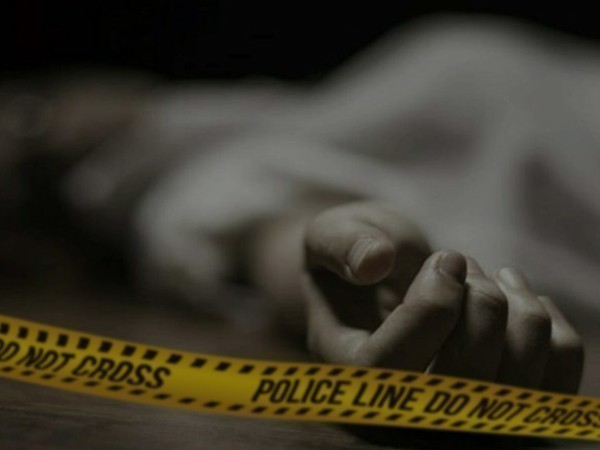 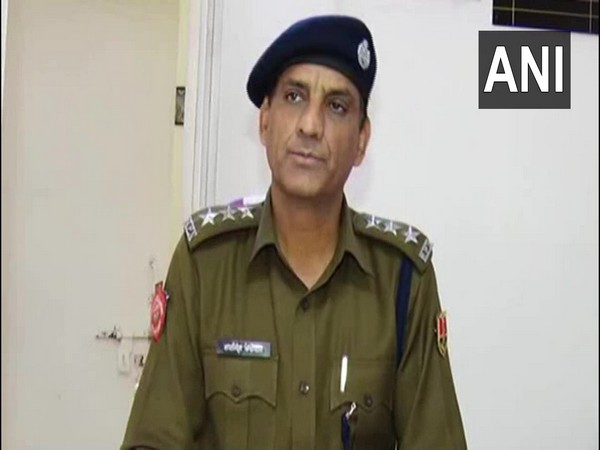 Jaipur (Rajasthan) [India], February 28 (ANI): Robbers dug a tunnel and looted silver from a house in Jaipur on Saturday, according to the police official. 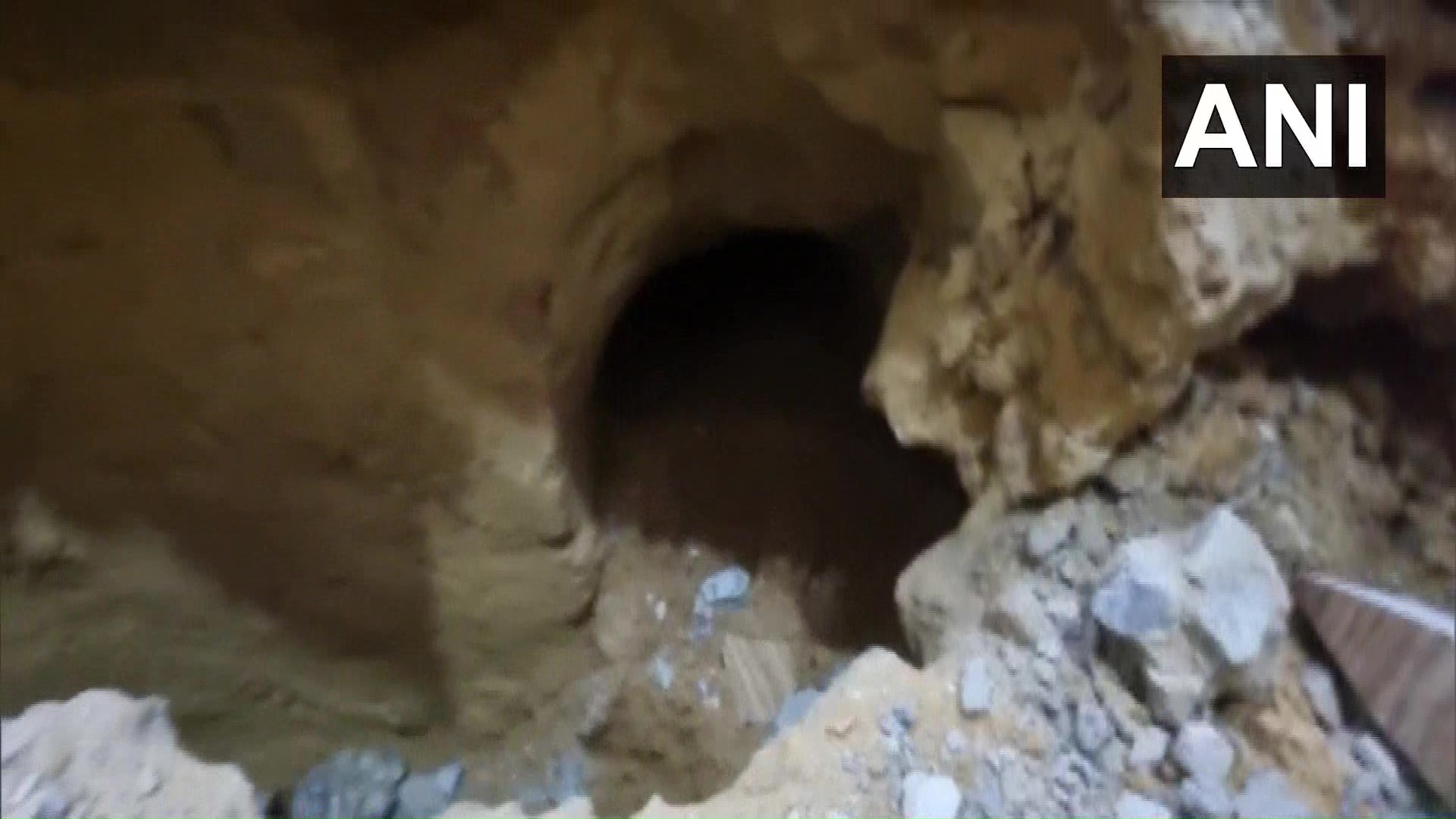 “A doctor filed a complaint of missing silver he had kept under tiles, three months ago. We reached the spot and found a tunnel made from a plot behind his residence,” said the Assistant Commissioner of Police in Jaipur, Raisingh Beniwal to ANI.
“Further probe is underway,” he said. (ANI) 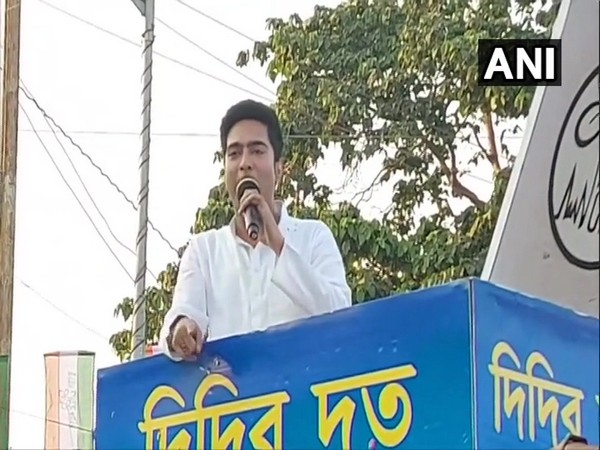 West Midnapur (West Bengal) [India], February 28 (ANI): Ahead of Assembly polls, Trinamool Congress leader and a Member of Parliament, Abhishek Banerjee has slammed the Bharatiya Janata Party (BJP) and alleged that BJP can’t threaten him by sending Directorate of Enforcement (ED) and Central Bureau of Investigation (CBI) officials.
“Do they (BJP) think they can threaten me by sending ED, CBI just like they did to one (Suvendu Adhikari) and make me join BJP like him? We are both human but there is a difference in the spine. He (Suvendu) sold his spine but my spine is not for sale. You can’t buy it,” said TMC MP Abhishek Banerjee while addressing a rally in West Midnapur on Saturday.
Banerjee said that he will continue to chant Jai hind, Jai Bangla, Jai Medinipur even if his throat is cut.
“Even if my throat is cut, I will keep chanting Jai hind, Jai Bangla, Jai Medinipur, Mamata Banerjee zindabad, and Trinamool Congress zindabad. So there is no point in threatening me,” Banerjee said.
Earlier on February 21, CBI served a notice to Rujira Banerjee Naroola, the wife of West Bengal CM Mamata Banerjee’s nephew Abhishek asking her to join the investigation related to the coal scam case.
“At 2 pm today, the CBI served a notice in the name of my wife. We have full faith in the law of the land. However, if they think they can use these ploys to intimidate us, they are mistaken. We are not the ones who would ever be cowed down,” tweeted Abhishek Banerjee.
Regarding this, Chief Minister Mamata Banerjee had said the people of Bengal cannot be intimidated by jail.
In another crucial development, CBI had also issued summons to Abhishek Banerjee’s sister-in-law Maneka Gambhir in connection with the coal scam case.
West Bengal will witness eight-phased Assembly polls beginning March 27. The tenure of the 16th Legislative Assembly of West Bengal will end on May 30 this year. A total of 7,34,07,832 voters will choose their representative for the 17th Legislative Assembly of West Bengal. (ANI) 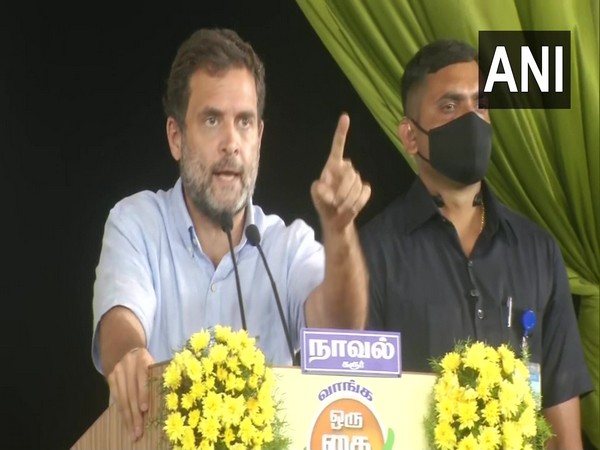 Tirunelveli (Tamil Nadu) [India], February 28 (ANI): Ahead of the Assembly elections in Tamil Nadu, Congress leader Rahul Gandhi on Saturday slammed the Centre and said the Centre thinks they can control the people of Tamil Nadu.
Gandhi even targeted Tamil Nadu Chief Minister Edappadi K Palaniswami and alleged that he is a corrupt leader.
“I fall asleep at night in 30 seconds as I’m not afraid of Prime Minister Narendra Modi. How long does Tamil Nadu CM take? He can’t sleep at night as he isn’t honest. Since he’s dishonest he can’t stand up against Mr Modi’ who thinks he can control people of Tamil Nadu because Chief Minister is corrupt,” Gandhi said while addressing a gathering.
Gandhi went ahead to say that the Centre cannot control the people of Tamil Nadu via a remote.
“Mr Modi thinks Tamil Nadu is like his television, he can pick up remote and do whatever he wants. He can put the volume up and CM will talk louder and vice versa. He thinks he can control people of Tamil Nadu, but people are going to remove the battery from the remote and throw it away,” said Gandhi.
The Congress leader appreciated the efforts of the salt workers in the state.
He said, “Today a worker at salt pan told me ‘salt we are collecting is helping fight Corona, work I’m doing here, collecting salt, goes into medicine used to treat coronavirus. I’m not only collecting salt but protecting the country from coronavirus’. That’s the beauty of your state.”
Tamil Nadu assembly elections will be held in a single phase on April 6 and the counting of votes will be done on May 2, the Election Commission of India (ECI) announced on Friday.
With this announcement, the model code of conduct comes into force. The assembly elections in the southern state are important for the national as well as the regional political parties.
Polls will be held for 234 seats in Tamil Nadu with the Congress-DMK and BJP-AIADMK alliance being the major groups contesting against each other. (ANI) 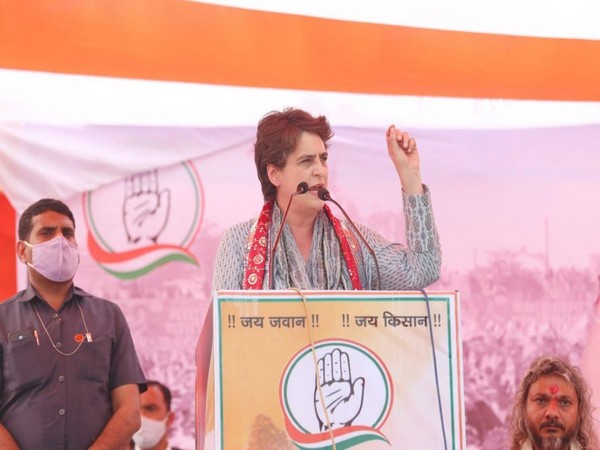 By Siddharth Sharma
New Delhi [India], February 28 (ANI): Congress Party General Secretary Priyanka Gandhi Vadra is set to launch a poll campaign in Assam from March 1, for the upcoming state Assembly polls.
She will tour the state for two days from March 1 onwards. The Congress party has planned various interaction programs on the first day of Priyanka Gandhi’s visit. Thereafter, she will address a rally on March 2 in Tezpur town in Assam.
Prior to that, Congress leader Rahul Gandhi had visited Assam and addressed a rally in which the party gave a message that Citizenship Amendment Act (CAA) will be highlighted as the main agenda from Congress party’s side.
Gandhi had even worn a scarf depicting his anti-CAA stand symbolically in which he had said, “Hum ne yeh gamchha pehna hai. Ispe likha hai CAA. Ispe humne cross laga rakha hai, matlab chahe kuchh bhi ho jaye, CAA nahi hoga. ‘Hum do, hamare do’ achhi tarah sun lo, CAA nahi hoga, kabhi nahi hoga.” (translated as I have worn this gamcha today. We have written CAA on it and have put a cross on it. Meaning that whatever happens, CAA will not happen. Our two and ours two, listen carefully. CAA will never happen. )
Rahul Gandhi had spoken on Assam Accords as well. He will be in Tamil Nadu on Monday. Priyanka Gandhi Vadra will be campaigning in Assam.
Besides Assam, other poll-bound state’s Pradesh Congress Committee’s want Priyanka Gandhi to campaign in their state too. Kerala state unit has already sent a proposal to the General Secretary in-charge of the state mentioning the campaign dates of Priyanka Gandhi Vadra.
On Friday, the Election Commission of India announced that Assam will go to Assembly elections in three phases beginning March 27. The counting of votes will take place on May 2.
Addressing a press conference, Chief Election Commissioner Sunil Arora said: “In Assam, elections shall be held in three phases. The first phase of notification is March 2 and 47 seats in 12 districts will go to the polls. The last date of nomination March 9 and the date of poll is March 27. In the second phase, 39 constituencies in 13 districts will go to the polls on April 1. Forty Assembly constituencies in 12 districts to go on polls on April 6. Votes will be counted on May 2.”
Currently, the BJP government is ruling in the state and is confident of winning polls while Congress is in alliance with All India United Democratic Front (AIUDF) in the state. (ANI) 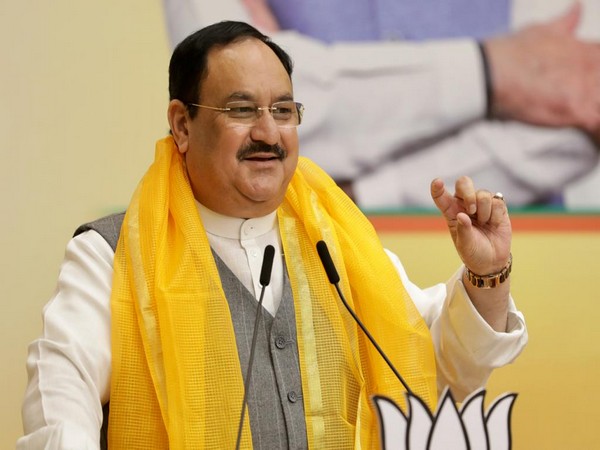 New Delhi [India], February 28 (ANI): Bharatiya Janata Party National President Jagat Prakash Nadda will visit Uttar Pradesh on Sunday, informed the official statement.
“BJP National President Shri J P Nadda ji’s to address public programs in Uttar Pradesh tomorrow,” informed the Office of JP Nadda in a tweet.
At 11 AM, Nadda will arrive at the Varanasi Airport. Then, at 4:45 PM, he will inaugurate the newly built regional office and Prayagraj Mahavidyalaya in Rohania, Varanasi. At 7 PM, Nadda will interact with various social leaders at Chaudhary Lawns near Naria, BHU in Varanasi.
Uttar Pradesh Assembly elections are scheduled to take place in 2022. BJP had stormed back to power in the state in the 2017 Assembly polls. In the 403 member Uttar Pradesh Assembly, among the major parties, BJP has 309 legislators, SP 49, BSP 18, and Congress 7. (ANI)