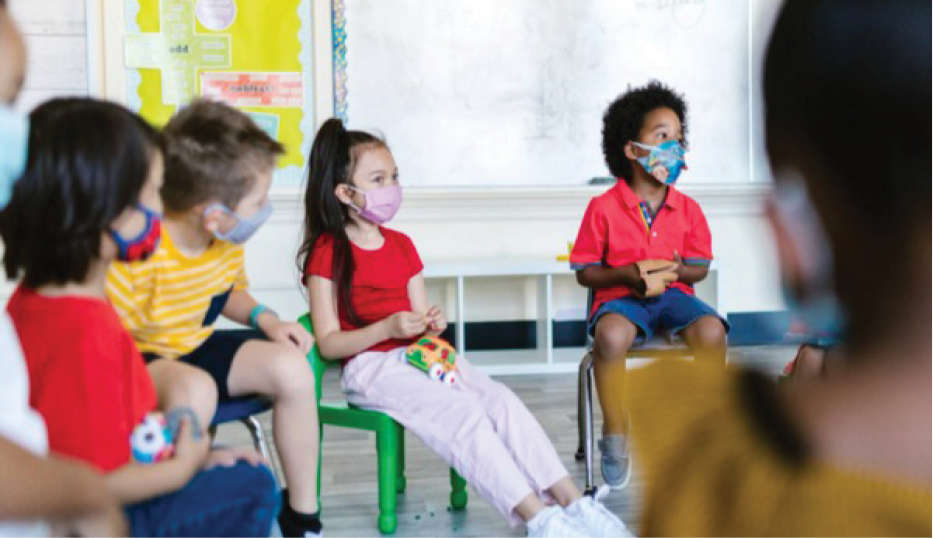 Over 7,000 Covid cases have been reported in Hong Kong for four consecutive days.

Health experts in Hong Kong have warned of new clinical features including hoarseness and inspiratory stridor (a sign of airway obstruction) among children suffering from Covid-19 during the fifth wave.

The latest development brings concerns for the city, which has reported over 7,000 Covid-19 cases for four consecutive days, as the new school year for primary and secondary schools is set to begin on 1 September, as per local media reports. According to China’s Global Times, Chuang Shuk-Kwan, director of the Communicable Diseases Division of the Center for Health Protection of the HKSAR Government’s Department of Health said that he found some infected children had developed croup which indicates an inflammation of the larynx, windpipe, and bronchial tubes.

The consultant at the department of paediatrics and adolescent medicine at Princess Margaret Hospital, said that the clinical features among children during the fifth wave driven by the Omicron variant differ from those observed in the previous ones.

“Its symptoms are hoarseness and inspiratory stridor. In severe cases, it can produce acute obstruction of the respiratory tract and an absence of oxygen supply to an organ or tissue, “he added.

Kwan further said, “This condition can also be caused by various infectious agents, such as the parainfluenza virus. However, in the recent Covid pandemic, this condition was nearly all caused by the Omicron variant.”

According to Kwan, the possibility of prolonged Covid-19 symptoms, saying about 19 percent of children who have recovered from Covid-19 present with at least one of these symptoms in the outpatient follow-up at his hospital – Princess Margaret Hospital.

“The most common complaints were memory loss, cognitive deficits, insomnia, headaches, and discomfort,” he noted.

Noticeably, there are two confirmed cases in children who have been newly classified as “serious” and are being treated in the children’s ICU at Princess Margaret Hospital.

One of them, a 17-month-old boy, had a fever and convulsions on the night of Friday and briefly stopped breathing. He got croup after being infected and had just received his first dose of vaccine on that day. Expert advisers to the SAR government believed that the boy’s condition was caused by the Covid virus.

Infections with Omicron variants are still on the rise, with the proportion of new cases infected with BA.4 (or BA.5) in Hong Kong rising to 48.6 percent, while BA.2.12.1 accounted for 7.6 percent, according to Chuang Shuk-Kwan.  Chuang predicted that, for the upcoming school season, the proportion of confirmed cases among students and teachers would increase, and that daily tests would be required to prevent transmission on campus. Hong Kong Chief Executive, John Lee Ka-chiu, on Saturday said that current vaccination rates among senior citizens and children were non-ideal and this group of the population reported higher rates of severe illness and death after Covid-19 infection.