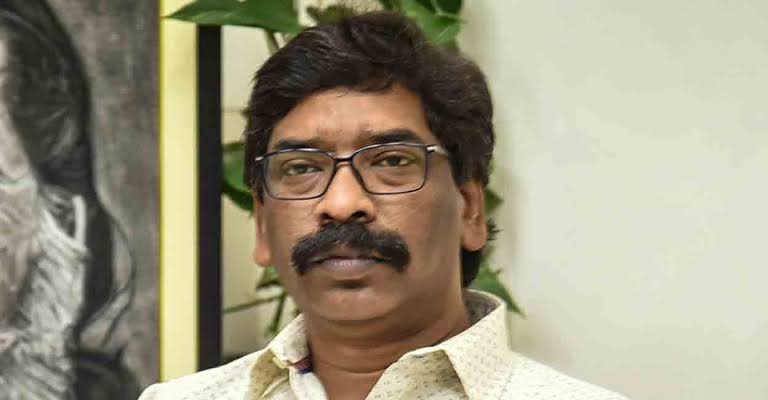 Jharkhand ruling coalition MLAs on Thursday urged Governor Ramesh Bais to “clear the air” on the speculation concerning the “opinion received from the Election Commission” by his office “to disqualify” Chief Minister Hemant Soren as an MLA for alleged violation of electoral norms.

In a memorandum to Governor Bais, the Jharkhand Mukti Morcha (JMM) and Congress MLAs said they are surprised to see that since 25 August media reports are “citing sources” from the Governor’s office claiming that “opinion under Article 192 of the Constitution has been received from the Election Commission of India to disqualify Hemant Soren as an MLA from the Barhet constituency”. The memorandum further said that news reports have been stating that a decision under Article 192(1) of the Consti

tution by the Governor for disqualifying Soren under the Representation of People Act, 1951 is likely to be issued very soon.

The MLAs in their memorandum stated that the news items are being reported as “being leaked” from the Governor’s office and said “such leaks” are creating a state of “chaos and uncertainty which vitiates the administration” and also “encourages political brinkmanship to destabilize the democratically elected government”.

They also said that although the Governor is yet to declare the opinion which has been given “in confidence” by the Election Commission, “BJP has made public the opinion and is demanding the resignation of the Chief Minister, mid-term polls etc.”

“As you are undoubtedly aware, disqualification, if any, of the Chief Minister will not have any effect on the Government as the JMM–INC–RJD–Independents coalition will still enjoy overwhelming majority in the state assembly,” the legislators said.

In the 81-member Jharkhand Assembly, the ruling alliance has 30 MLAs of JMM, 18 MLAs of the Congress and one MLA of the RJD.

Urging the Governor to make official any opinion received from the Election Commission, the MLAs said that a prompt action by him “will serve the cause of democracy and further delay will be against the constitutional duties and values”.

Earlier in the day, the Chief Minister’s office released a statement after speculation was rife that the Election Commission has sent a report to the Governor about Soren’s disqualification. It alleged that BJP leaders have themselves drafted the report, “which is otherwise a sealed cover report”. BJP MP Nishikant Dubey had tweeted earlier that a letter from the Election Commission has reached the Raj Bhavan.

In February this year, the BJP had submitted a memorandum to the Governor seeking disqualification of Soren from the House under Section 9(A) of the Representation of People Act over allocation of a mining lease to himself in 2021.