China has hidden agenda behind its pact with Iraq: Report - The Daily Guardian 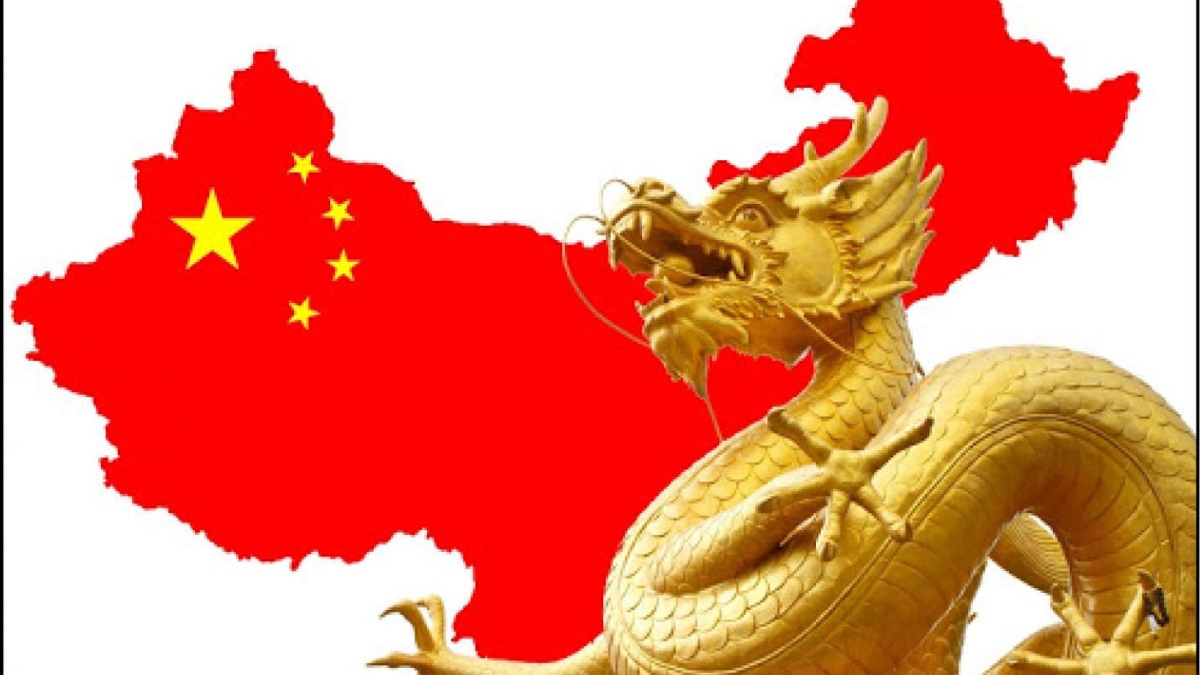 China is aiming to enter middle east politics through its economic agreement signed in 2019 with Iraq, which is financing major infrastructure projects in Tehran in exchange for oil exports, according to reports.

Two decades ago, in 2003, the United States’ invasion of Iraq liberated the Iraqi people from the tyrannical rule of Saddam Hussein. Today, Baghdad is witnessing a growing China clout, a perfect example of how Beijing is looking at the security vacuum as an opportune time to dominate Iraq. Many attempts have been made by China in order to take over Iraq’s dominance over oil and petroleum resources.

However, each attempt was foiled by Iraq’s Oil Ministry. Russia’s Lukoil and US oil giant Exxon Mobil wanted to sell their stakes in major fields to Chinese government-backed firms, but Iraq’s Ministry of Oil intervention prevented it.

According to Al Arabiya’s post, recent reports confirm some suspicions that the agreement involves a Chinese credit loan of USD 10 billion to be repaid by depositing the revenues of 100,000 barrels of crude oil Iraq exports to China in a special account in a Chinese bank.

It is to be noted that the agreement between China and Iraq is offering Beijing a big window to get deeply involved in Iraqi politics, speculating that it might be interested in facilitating the Iraqi-Arab compromises, providing an alternative to the American model that has not been very successful.

Reports also speculate that Iraq might be playing at the hands of China in helping it achieve that goal. Not only is it paving the way for letting China establish military bases in Iraq, it is also paying for it by mortgaging its most important resource, as per Al Arabia.

The terms of the agreement are for a period of 20 years. The agreement came at a time when Iraq was jostling with massive protests against the government of former Iraqi Prime Minister Adel Abdul Mahdi, demanding reforms and actions against the persisting state of corruption.

Several Iraqis expressed concern that the agreement may be a Chinese strategy to become a dominant player in the country’s economy, and reap the benefits of its investments for years to come, Al Arabiya reported.

China, a country ill-famed for trying to take advantage of smaller economies in need of money, is now exploiting the security vacuum in Iraq that was created after the United States’ withdrawal from the West Asian country and is aligning with militia groups to gain a strong foothold in the country’s lucrative oil industry, according to media reports.

According to Washington Post, China’s increasing control over oil is now becoming a major cause of concern for Iraq, a resource-rich nation. Beijing has always resorted to using cunning tactics in order to trap these nations and later cripple them economically and now it is playing out the same tactic in a bid to gain control of the West-Asian nation. 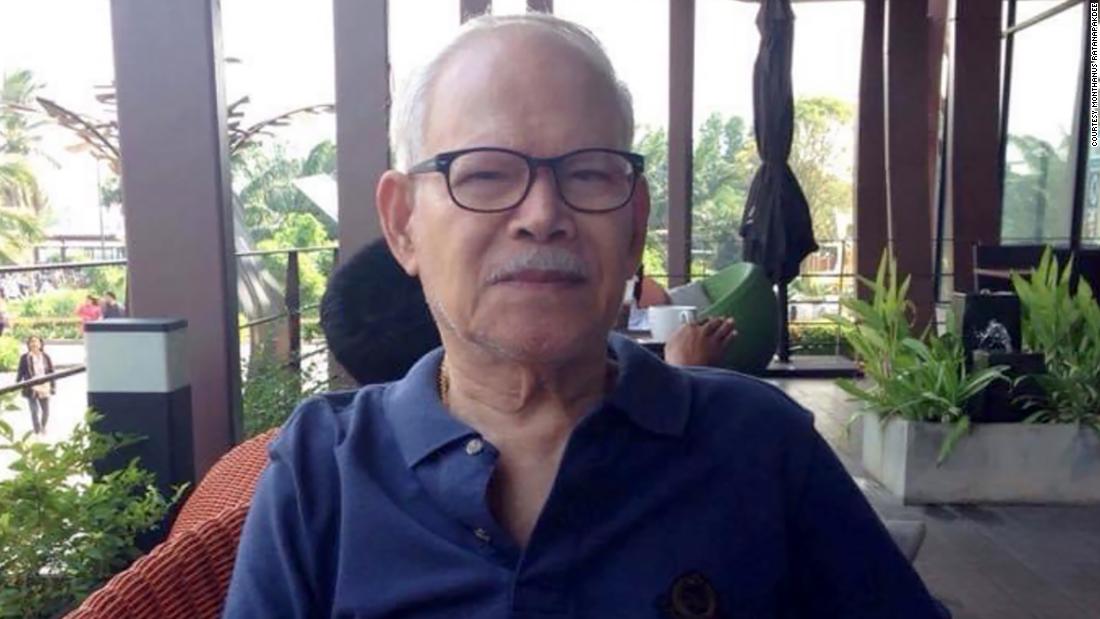 According to the reports, a street in San Francisco has been renamed after an 84-year-old man who died in a “senseless” anti-Asian hate attack last year. Sonora Lane will be renamed “Vicha Ratanapakdee Lane.”

Vicha Ratanapakdee, who had moved to the United States from Thailand, was walking in the Anza Vista neighbourhood on January 28 last year when he was violently shoved to the ground. Vicha Ratanapakdee never regained consciousness following the attack.

The attack, which was caught on CCTV, was one of many reported against Asian Americans in the United States in recent years. In San Francisco, it sparked public outrage, prompting artists to create murals and portraits of Vicha Ratanapakdee.

“This horrific incident was one of several senseless attacks against members of the Asian American and Pacific Islander community here in the San Francisco — our friends and neighbors should not have to fear the unthinkable when they walk our streets,” Catherine Stefani, a member of the San Francisco Board of Supervisors told.

Following the assault, a 19-year-old man was charged with murder and elder abuse, according to the report.

‘Action must be taken,’ says Indonesian minister, in response to stadium stampede deaths 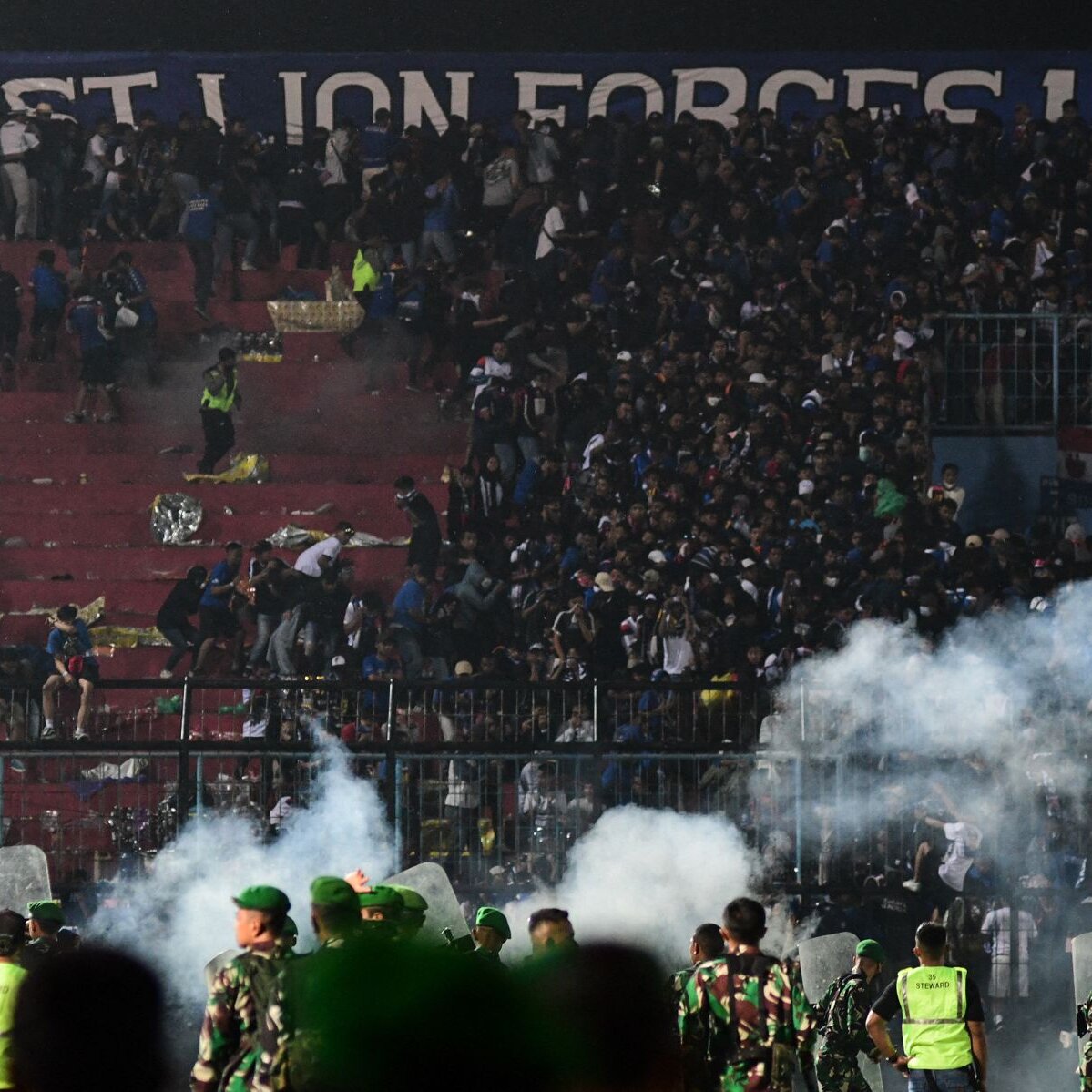 The Indonesian government demanded Monday that the perpetrators of a stadium stampede that killed 125 people be identified and punished, as outrage grew over one of football’s deadliest disasters.

On Saturday night in Malang, 323 people were injured after officers fired tear gas into a packed stadium to quell a pitch invasion, causing a stampede.

“We ask the national police to find the perpetrators who have committed crimes in the next few days,” Indonesia’s chief security minister Mahfud MD said in a broadcast statement, without specifying who he was referring to.

“We asked them to unveil who has perpetrated the crimes and that action must be taken against them and we also hope the National Police will evaluate their security procedures,” he added, announcing a task force for the investigation had been formed.

The incident occurred after Arema FC fans stormed the pitch at the Kanjuruhan stadium following their 3-2 loss to bitter rivals Persebaya Surabaya.

According to witnesses, police responded by launching volleys of tear gas into crowded terraces, prompting spectators to rush en masse to small gates, where many were trampled or suffocated.

The incident was described by police as a riot in which two officers were killed, but survivors accuse them of overreacting and killing scores of spectators, including a five-year-old boy.

“One of our messages is for the authorities to investigate this (incident) thoroughly. And we want accountability, who is to blame?” said 25-year-old Andika, who declined to give his last name.

“We want justice for our fallen supporters,” he said. 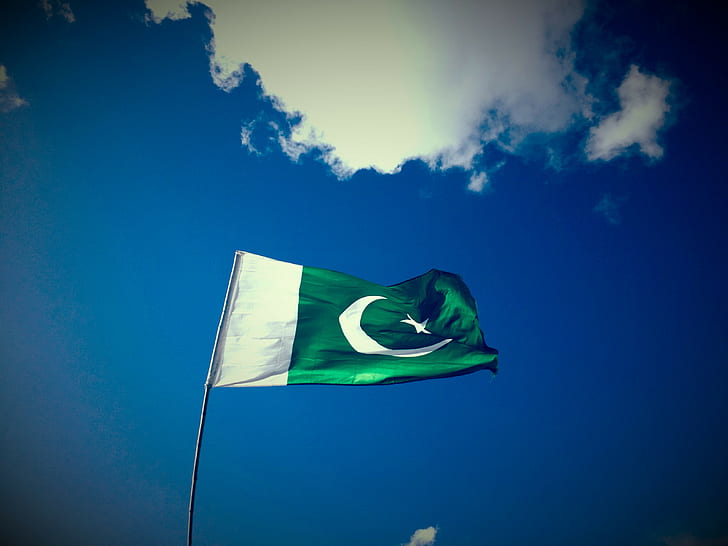 Pakistan recently celebrated its 75th Independence Day on August 14 and weeks after its anniversary, the country’s media regulatory authority, PEMRA, placed a ban on the live telecast of the speeches of Imran Khan, a former Prime Minister. It also blocked YouTube from carrying his speeches.
The ban was a sequel to Khan’s thunder at a rally held in Islamabad two days earlier. Ever since he was booted out of power through a vote on the floor of Parliament some four months ago, he has been going around the country ‘slandering and threatening’ his political opponents, critics, journalists and, above all, the military, which had helped him realise his political dreams. The ban on live telecast of his speech amounted to censoring his words, which is neither fair nor proper, as Dawn, the sedate English daily from Karachi, has observed editorially.
The PTI leadership has since secured some relief from the courts, but that is not germane to our discussion.

A massive protest by Turkish Uyghurs was staged in Istanbul on Saturday to protest grotesque human rights violations by China on the occasion of its 73rd National Day. On October 1, Uyghur NGOs and the Uyghur community in Istanbul celebrated China’s National Day as the beginning of an era of occupation, persecution, starvation, and inhuman crimes against the peoples of East Turkestan, reported India Blooms. Uyghur NGOs protested near the Chinese Consulate in the Sariyer district of Istanbul against the Chinese policies of assimilation and genocide.
Uyghur protestors numbering around 1000–1200 included all sections of the Uyghur community, including women, children, and the elderly, reported India Blooms.Uyghur leaders spearheading the protest included Hidayetullah Oghuzhan-President of East Turkestan Education and Solidarity Association (ETESA), Abduselam Teklimakan-President of East Turkestan New Generation Movement (ETNGM). 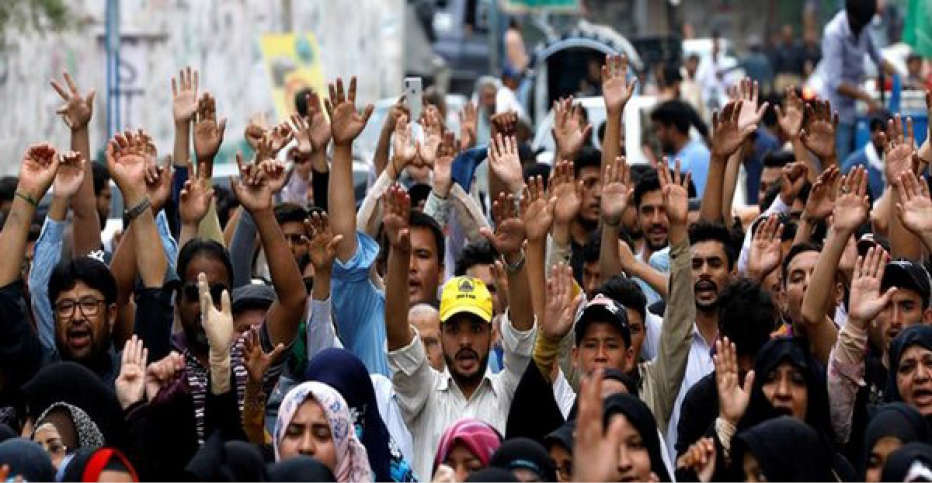 Following a deadly explosion at an education centre in Kabul on Saturday, a large number of students took to the streets of the city on Saturday. Some of them were said to be the survivors of the deadly blast.
Some of the survivors of the ghastly attack at the Kaaj Educational Center that resulted in 60 deaths and injuries to several others reportedly took part in the protests, Khaama Press reported. As per local media, the student protestors were also repressed by the Taliban, and the terror outfit reportedly used shafts as well as electric duty gear to disperse the students and beat the protestors.
The protests went on from the Pol-e-Sokhta area of Kabul to the Mohammad Ali Jinnah hospital, according to Khaama Press.
Meanwhile, numerous Kabul women from Afghanistan’s minority Hazara community on Saturday protested in the country’s capital against the terror attack at the Kaaj Educational Center. The female protestors dressed in black chanted slogans against the genocide of minorities and demanded their rights.
Friday’s blast follows many recent attacks against civilians and civilian infrastructure across Afghanistan, including in religious minority communities. Families of victims and local residents raised security concerns and called on the Taliban to ensure the safety of the public and punish those responsible after the ghastly attack at an education centre in Kabul left 60 people dead.

Ishaq Dar, who replaced Miftah Ismail as the new Finance Minister of Pakistan, has taken a sharp dig at Imran Khan and blamed his party for the country’s poor economy as he vowed to provide more relief to the masses in the coming weeks.
At a press conference recently, Ishaq Dar lambasted the Imran Khan-led PTI government for Pakistan’s economic-driven political crisis and vowed to reverse the damage caused to the economy by the previous government, saying that he passed on relief to the people by reducing fuel prices despite challenges, ARY News reported.
The Finance Minister said that “we reduced petroleum prices last night and are making all-out efforts to provide more relief to common people.”
“During the last five days, an improvement has been witnessed in the country’s economic indicators, including the appreciation of the rupee,” the Finance Minister added, reported ARY News.
Ishaq Dar, who was involved in several corruption cases, was given the finance and revenue portfolios on Wednesday, shortly after being sworn in as Federal Minister.
Dar was nominated by PML-N premier Nawaz Sharif and Prime Minister Shehbaz Sharif during a meeting on Sunday.
A newly appointed minister, earlier this week, arrived in the country along with PM Sharif, Dawn reported. In May, a Pakistani court issued a perpetual arrest warrant in a “corruption reference” against former Finance Minister Ishaq Dar.
According to media reports, Pakistan Prime Minister Shehbaz Sharif held a meeting with party supremo Nawaz Sharif in London on Saturday, where it was decided that the ruling coalition would hand over the Finance Ministry to Ishaq Dar after he returns to the country.