CESTAT: Registration Of Premises Not A Necessary Prerequisite For Claiming A Refund Under Cenvat Credit Rules, 2004 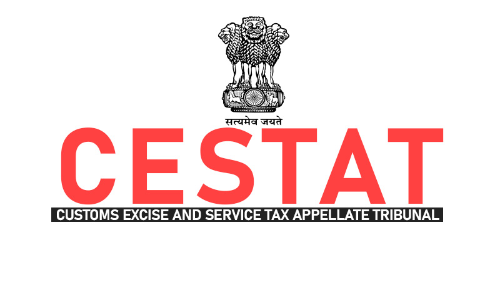 The Delhi Bench of the Customs, Excise and Service Tax Appellate Tribunal (CESTAT) in the case M/s. Selling Simplified India Private Limited Versus Commissioner of CGST, East Delhims observed and has held that the registration of premises is a necessary prerequisite for claiming a refund under Rule 5 of the Cenvat Credit Rules, 2004.
The bench comprising of Judicial Member, Rachna Gupta observed and has stated that the service providers are entitled to a refund under rule 5 of the Cenvat Credit Rules, 2004 when the output service is exported.
In the present case, the appellant is engaged in rendering taxable services of business support to the following group companies, i.e., Selling Simplified Group, Selling Simplified Inc, Selling Simplified Ltd., U.K. and three of the companies are located outside of India. It is availed by the appellant that the Cenvat credit for input services used to render the said output service as they are paying service tax on such input services. Thus, on 22.12.2016, the appellant filed a refund claim for Rs.9,97,364 under Notification No.27/2012-CE(NT) dated 18.06.2012, issued under Rule 5 of the Cenvat Credit Rules, 2004, along with several documents.
It was observed by the department that the appellant had centralised service tax registration for the premises but had claimed some input service credit for the services utilised at the unregistered premises. Some of the export invoices were also raised from the unregistered premises. However, with these observations, the department formed the opinion that the appellants should get registration for their Noida premises also. A ‘Show Cause Notice’ was issued by the department proposing the rejection of the refund claim.
It was contended by the appellant that the export invoices were issued by the appellant from an address that is not part of the centralised registration. Further, the address mentioned in the invoices is Noida; hence, the Commissionerate does not have jurisdiction to decide the refund. The group of companies and the appellant to whom the Appellant had provided business support services are simply the establishments of a single individual.
It was held by the CESTAT that the show cause notice is a foundation on which the department has to build its case and it should be specific and contain all relevant details so that an assessee will be able to give a reply to specific allegations made in the show cause notice. As since the issue of jurisdiction was not specifically taken in the show cause notice, the adjudication on this point against the assessee is not sustainable. Since, the appellant admittedly has centralised registration in terms of subclause (2) and (3) of Rule 4, and the Noida unit was not required to be registered.