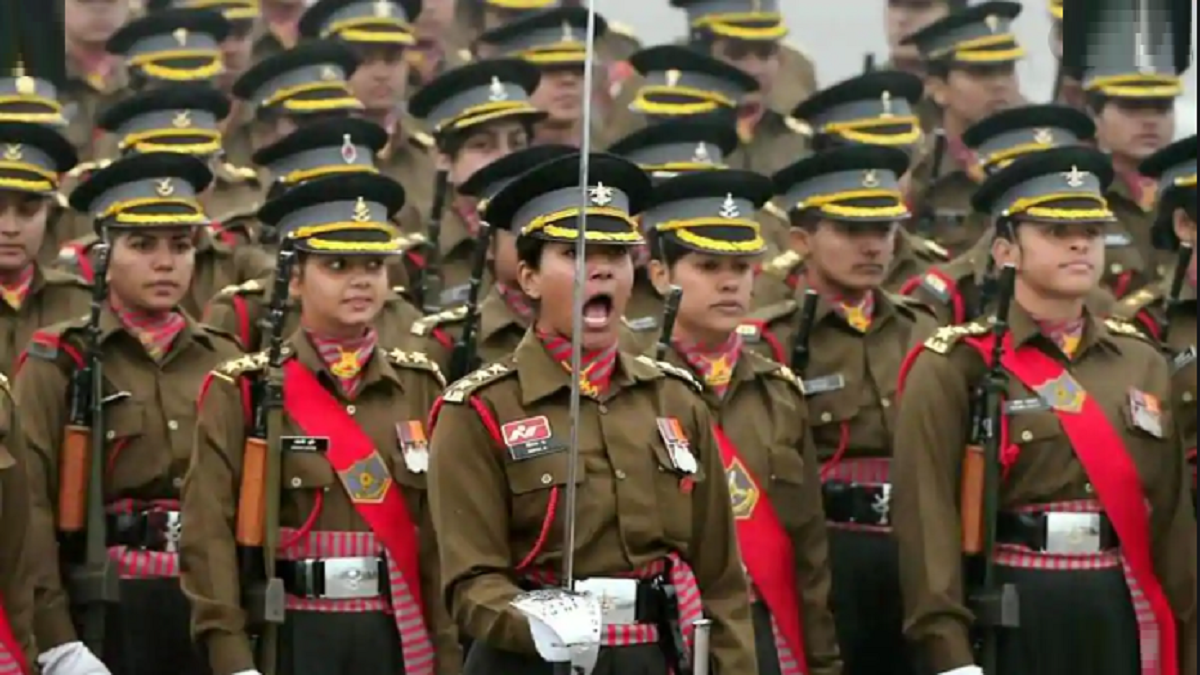 The Supreme Court has given one more month to the Centre to implement its February judgment which ordered permanent commission for eligible women officers in the Indian Army. The Centre has been asked to comply with the apex court order in letter and spirit. The Ministry of Defence submitted that decision making is at its final stage and only formal orders remain to be issued.

The Centre had sought an extension of six months over the 17 May deadline citing Covid-19 pandemic. It had contended that the pandemic affected administrative functioning of the Defence Ministry and the Indian Army and timely compliance with court orders could not take place.

Ruling in favour of women officers in February, the top court had pulled up the Centre for non-implementation of the Delhi High Court order. The apex court criticised the Centre’s submissions, stating that such a stand caused incalculable loss to the serving women officers. The top court had emphasised that attitudes needed to change after 70 years of Independence and casting aspersions on women’s ability and achievements were tantamount to insulting women and the armed forces.

The ruling was based on the cornerstone of non-discrimination in employment is a fundamental right under the law. 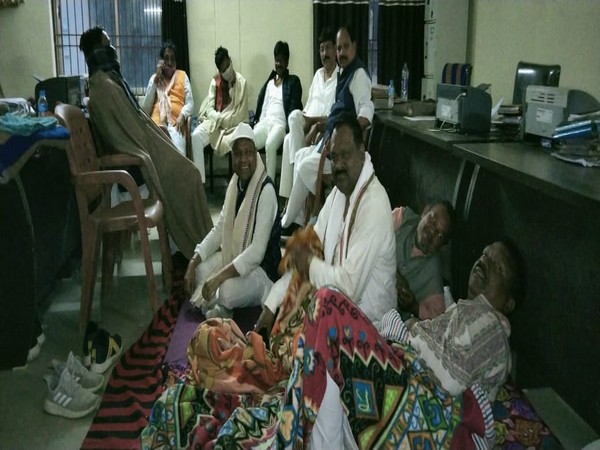 Sambalpur (Odisha) [India], January 23 (ANI): More than 15 top BJP leaders including three MPs, eight MLAs and Leader of Opposition are sitting on a dharna inside the Town Police station in Sambalpur district since Thursday protesting against the anti-farmer policy of the Odisha Government and demanding procurement of all surplus paddy of farmers.
The BJP leaders who are on dharna include the co-party in charge of Odisha Bijay Pal Singh Tomar, State BJP President Samir Mohanty, Leader of Opposition Pradipta Kumar Nayak, Baragad MP Suresh Pujari, Bolangir MP Sangeeta Singhdeo, Kalahandi MP Basanta Panda, former Minister K V Singh Deo and Sambalpur MLA Jayanarayan Mishra, Loisinga MLA Dr. Mukesh Mahaling.
The BJP leaders were taken into custody on Thursday while they were marching in a procession to gherao the office of the RDC Sambalpur after the death of a farmer in a mandi while he was waiting to the sale his 100 quintals of paddy.

Before their arrest, they held a meeting at Ainthapalli and slammed the state government for their anti-farmer policy.
Sambalpur Superintendent of Police (SP) B. Gangadhar said they were arrested as they did not have permission to gherao the RDC office.
Pradeepta Kumar Nayak leader of Opposition in Odisha Legislative Assembly, Suresh Pujhari MP Bargad and Samir Mohanty BJP State President alleged that hundreds of farmers braving chilly weather conditions were sitting with their paddy in the open for months waiting for the procurement of their products but the government was not paying any heed to their demand.
The BJP leaders alleged that the problems in paddy procurement arose due to the introduction of the token system and they demanded to do away with the provision and procure all surplus paddy from farmers.
While the BJP leaders were sitting on dharna and sleeping inside the Police station during their 27 hours of detention, thousands of party supporters were seen protesting outside the police station.
The BJP leaders demanded that either the government should take them to a court or procure paddy of farmers. They threatened that they would not budge an inch till the government concedes to their demand.
Sambalpur RDC asked them to wait 72 hours so that farmers’ problems can be solved after discussion with State Government.
“Lakhs of quintals of paddy are still kept in mandis here. The government is not in a situation to use it. Yesterday three MPs, eight MLAs and LOP leaders have been arrested. We are in contact with the authorities as well. This protest will continue till the government gives a solution to pick up the paddy in mandis,” said Suresh Pujhari, Member of Parliament, Bargad.
“We came here for the rally on Thursday. There is a need to pick up the paddy kept in mandis. We were peacefully conducting the rally. The government should have sent to ask why are we here,” said Pradeepta Kumar Nayak, Leader of Opposition, BJP. (ANI) 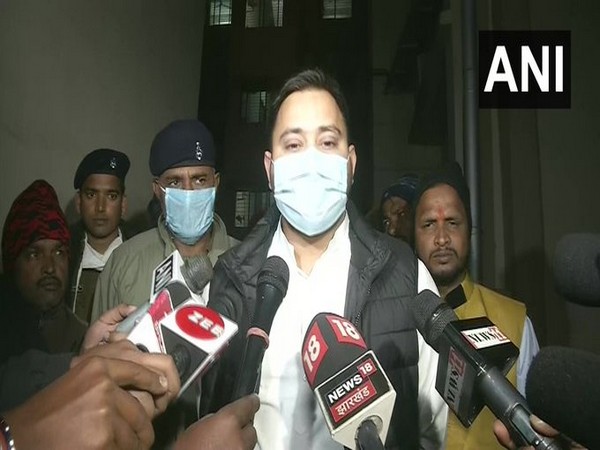 Ranchi (Jharkhand) [India], January 23 (ANI): Rashtriya Janata Dal (RJD) leader Tejashwi Yadav has said that he will be meeting Jharkhand Chief Minister Hemant Soren on Saturday as his ailing father and former Bihar Chief Minister Lalu Prasad Yadav’s situation is serious and his family wants better treatment for him.
“Our family wants better treatment for him (Lalu Prasad Yadav) but it is for doctors to analyse what treatments can be provided here, after all the test reports come. His situation is serious, I will meet the Chief Minister tomorrow (Saturday),” said Tejashwi Yadav while speaking to the reporters here.
“He has already undergone heart surgery earlier and only 25 per cent of his kidney is functional. He has also been diagnosed with pneumonia. He is facing difficulty while breathing,” he added.
RJD chief Lalu Prasad Yadav’s wife Rabri Devi, daughter Misa Bharti and sons Tejashwi Yadav and Tej Pratap Yadav left from Rajendra Institute of Medical Sciences (RIMS) in Ranchi after visiting him today.
The former Chief Minister who is admitted here has an infection in the lungs and his condition is stable, a senior doctor said on Thursday.
“Lalu Prasad Yadav is stable. There’s an infection in the lungs. Treatment is going on. This is a kind of pneumonia. We have consulted with the HOD of lungs dept of AIIMS. Rapid antigen test for COVID-19 is negative. RT-PCR report will come on Friday,” he said.
Lalu Prasad’s son Tejaswi Yadav, who is the leader of the opposition in the state assembly, spoke to Jharkhand Health Minister Banna Gupta and Chief Minister Hemant Soren regarding his health.
Dr Umesh Prasad, the physician of the jailed RJD chief, had said last month that his kidney was functioning at 25 per cent capacity and the situation can deteriorate.
Lalu Prasad has been convicted in the fodder scam cases. (ANI) 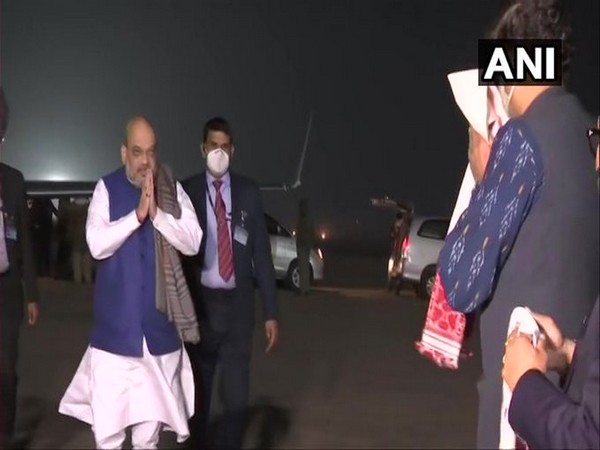 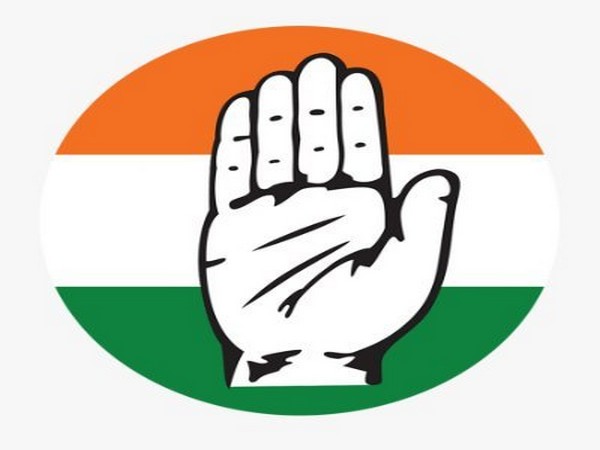 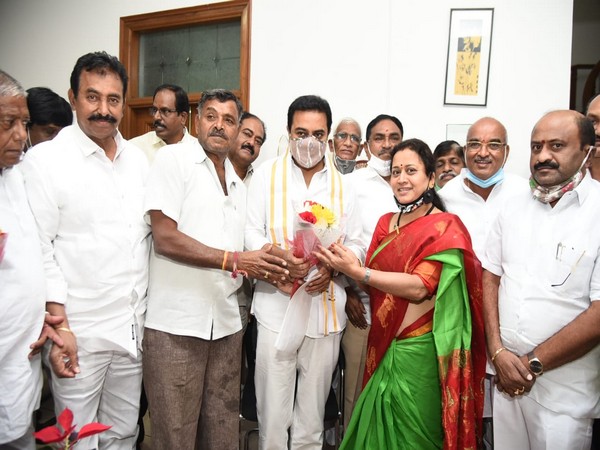 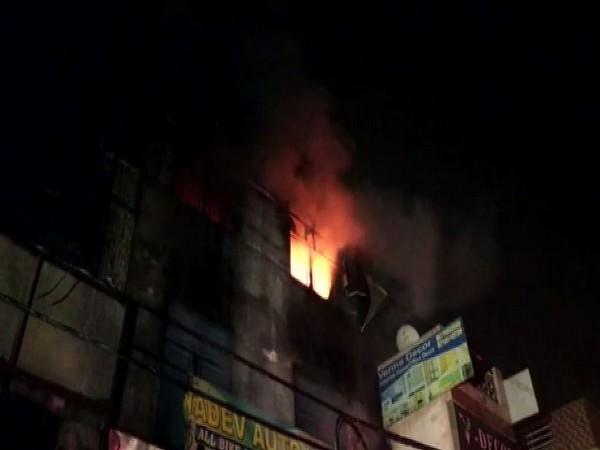