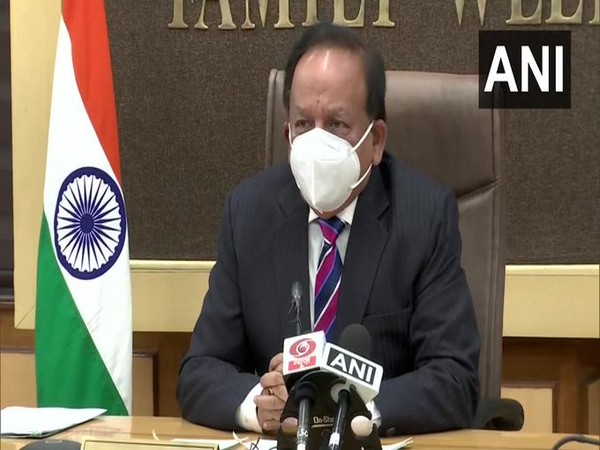 New Delhi [India], January 31 (ANI): Union Health and Family Welfare Minister Harsh Vardhan on Saturday asserted that Prime Minister Narendra Modi’s motto is to provide adequate health, education, and nutritional facility to every child and safety to women in the country by the year 2022.
Addressing the media after presiding over the annual conference of the British Association of Physicians of Indian Origin (Wales), the Minister said that only nationalism and humanism shall prevail in the new India by the 75th independence year.
“When we enter 75th independence year in 2022, we would have certainly given India, a new India where we have adequate health, education and nutritional facility for every child and safety for women. Only nationalism and humanism prevail in India. This is Prime Minister Modi’s motto,” Vardhan said.
He highlighted India’s success in mitigating the impact of COVID-19 in the conference and said it is the Health Ministry’s preemptive approach, meticulous surveillance, and contact tracing which helped India immensely.
“The onset of the pandemic, several experts foresaw doom and gloom for India. As a result of our exemplary efforts, we have among the highest recovery rate and lowest fatality rate in the world. Our active cases of COVID-19 have dropped to less than 1,70,000,” he said.
“The healthcare infrastructure in the country was rapidly scaled up during the pandemic. India was among the first few countries in the world to isolate the virus. Our country provided medicines and assistance to 150+ countries during the pandemic,” he added.
He further appreciated the efforts and the contribution of the country’s scientists in manufacturing vaccines and said, “Our scientists have done a remarkable job in providing 2 indigenously manufactured vaccines in record time. The world’s largest vaccination drive going on in our country is progressing quickly with over 37 lakh beneficiaries vaccinated in the first 15 days.”
According to the Health Ministry, 2,06,130 beneficiaries were vaccinated till 7 pm on Saturday.(ANI) 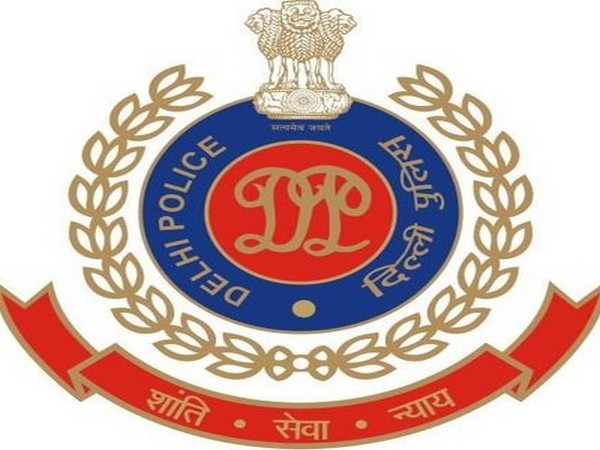 New Delhi [India], March 6 (ANI): Delhi Police has been effectively using social media for better public outreach and redressal besides following a four-pronged strategy to bust ‘fake news’.
Devesh Chandra Srivastava, Joint Commissioner of Police (Licensing) said the new police leadership of Delhi deliberated upon a strategy to be put in place to effectively harness the power of social media for community outreach and to disincentivise its abuse by vested elements.
The first was to give professional teeth to efforts at ‘fake news detection,’ he said.
A dedicated portal was created on the Delhi Police website (www.delhipolice.gov.in) on which citizens could upload suspected media for verification of its credibility. Made user friendly and with back-end handling by server and directory level analytics operated by dedicated and trained police officers, it was the first step towards reaching out to the citizenry by attempting to inform them of the veracity of media content that they had found suspicious by way of text messages and e-mails as provided by a client at the time of uploading the suspect content.
A dedicated Cyber Unlawful Content Monitoring Control Room (Cyber UCM) has been monitoring cyberspace to detect illegal, criminal and grossly offensive posts over several social media platforms for initiating appropriate legal action, including the registration of FIRs and conducting subsequent investigations.
The Cyber UCM works on a 24×7 basis and has been very effective in creating a repository of repeat cyber offenders and in identifying malicious cyber actor by their usage patterns for taking appropriate action.
“With the social media handles of Delhi gaining substantial traction, a large segment of the citizens started reaching out over these platforms with various types of information, grievances, complaints and compliments. This set the stage for implementing the Cyber 112 initiative,” Srivastava said. 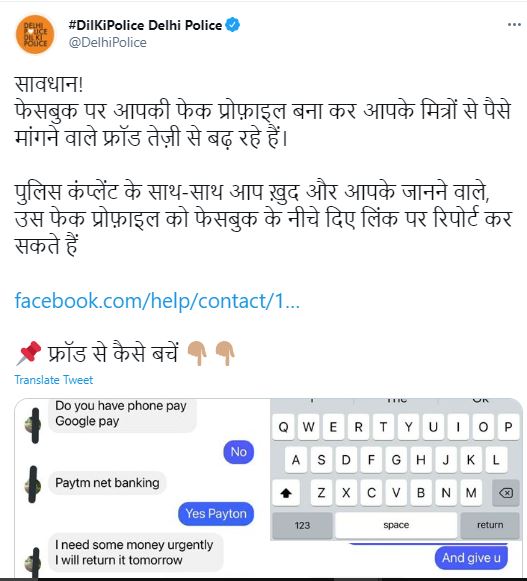 Cyber 112 monitors the social media handles of police functionaries who have a public interface and thereafter, categorises the tweets/posts addressed to the districts and units into ‘Calling Immediate Response’ and ‘Calling Deferred Response’. The Cyber 112 Control Room, functional on a 24×7 basis, informs the District/unit formations of the issues being raised who, thereafter, frame appropriate responses meant to be released on the concerned social media platform.
Srivastava said the fourth pillar of Delhi Police’s social media strategy is the Cyber Perception Management Unit (Cyber PMU).
“The Cyber PMU attempts at clearing this cyber fog by bringing out the credible, official version behind a reported incident and assisting in its mass propagation by use of cyber volunteers and right-thinking of sections of the society who have a digital presence,” he said.
“It is absolutely necessary in times of social media when anyone and everyone can create and propagate digital content that appropriate mechanisms to counter-propagate verified, credible and truthful content be also established. This is also understood as creating a ‘positive cyber space’,” he added.
Delhi police has over 5.84 lakh followers on Twitter, around 42,000 followers on Facebook. Delhi Traffic Police has over 2.84 lakh followers on Facebook and 1.3 million followers on Twitter. 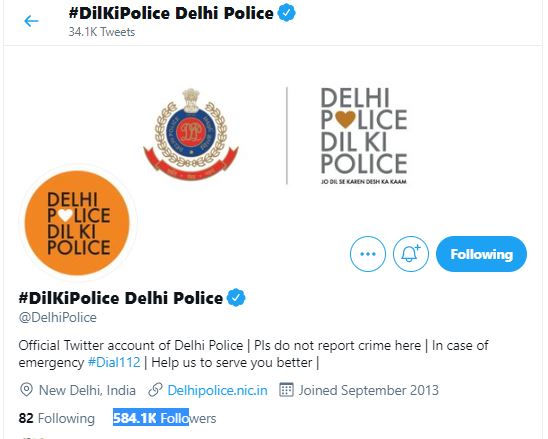 Localised WhatsApp/Telegram groups have been created by District/Police Station/Beat levels to disseminate information, seek intelligence and promote public participation in good civic causes.
“These groups play an important role in resolving local issues as the office bearers of RWAs/MWAs share the grievances of the general public, which are then suitably addressed,” Srivastava said.
The Joint Commissioner of Police (Licensing) said Delhi Police is committed to widening its social media reach further in the coming days.
“We believe in evolving with the times and connecting with the times and connecting citizenry on every available platform. The creation of a symbiotic relationship between the community and Delhi police is what will make this endeavour a success and meaningful towards the objective of providing a safe secure and environment to the residents of Delhi in a spirit of ‘Shanti, Sewa, Nyay’,” he said. (ANI) 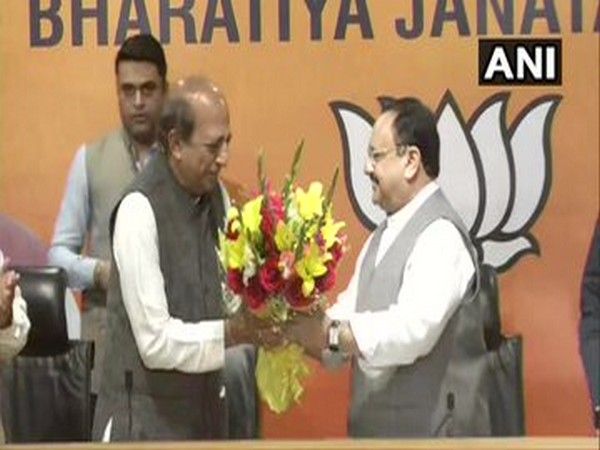 New Delhi [India], March 6 (ANI): Ahead of West Bengal Assembly polls, Dinesh Trivedi, who had resigned as TMC MP in Rajya Sabha on February 12, joined Bharatiya Janata Party (BJP) in the presence of the party’s national president JP Nadda on Saturday.
Union Minister Piyush Goyal was also present.
“This is the golden moment for me, for which I have been waiting for a long time. Nadda ji and my friends knew I was waiting for this. I never left ideology. The nation was above everything for me. Every person believes that PM Narendra Modi and BJP will keep the nation secure,” Trivedi said.
Trivedi resigned as Trinamool Congress MP from Rajya Sabha in February.
While announcing his resignation in the Rajya Sabha, Trivedi had said he was feeling suffocated. He also raked up the issue of violence in Bengal, which is also being raised by the BJP.
Several TMC leaders had earlier joined the BJP in the run up to Assembly elections.
West Bengal Assembly elections will be held in eight phases starting from March 27 with the final round of voting taking place on April 29. The counting of votes will take place on May 2.
West Bengal is likely to witness a triangular contest this time with TMC, Congress-Left alliance and the BJP in the fray. (ANI)

Pak intruder killed by BSF along international border in Rajasthan 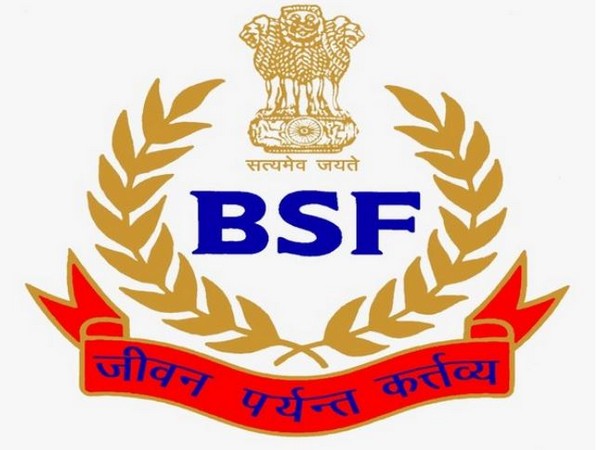 Sriganganagar (Rajasthan) [India], March 6 (ANI): The Border Security Force (BSF) shot dead a Pakistani intruder on Friday night in the Anupgarh area in Sri Ganganagar district in Rajasthan.
According to top sources in BSF, the intruder was found roaming close to the International Border and when challenged by BSF troops he tried to flee from the spot.

“A Pakistan intruder in Anupgarh, Bikaner was killed by BSF yesterday night after he was found doing a suspicious activity at International border. When BSF troops challenged him, he tried to flee after which he was killed by the troops,” BSF said.
According to the official, His body has been recovered and the search operation is on. “A case has been registered by local police and the body has been handed over to the cops for further investigation,” the official said.
BSF troops are now engaged in searching the area to verify the motive of the intruder. Also, troops are trying to search for weapons or ammunition to verify if he had come to the Indian side to supply them. (ANI)

Jodhpur (Rajasthan) [India], March 6 (ANI): The Rajasthan High Court has stayed hearing of appeals related to the blackbuck poaching case in Jodhpur District and Sessions Court.
Advocate Hastimal Saraswat, representing actor Salman Khan, said three appeals related to the case are under consideration of the Jodhpur District and Sessions Court and the state government’s appeal is also pending in the Rajasthan High Court.
He said the High Court will hear the transfer petition first.
“In the blackbuck case, three appeals related to Salman Khan are under consideration of District and Sessions Court, Jodhpur. One appeal is filed by the state government against Salman Khan’s acquittal in the Arms act case. The second appeal is against 5-year imprisonment to Salman Khan in the blackbuck poaching case. The third appeal is against acquittal to Dushyant Singh (a local of Rajasthan), Neelam, Tabu, Sonali and Saif Ali Khan in the same judgment in which Salman Khan was sentenced to five-year jail,” Saraswat told ANI.
“The state government has also filed an appeal in the High Court against the acquittal of Neelam, Tabu, Sonali and Saif Ali Khan in the blackbuck case. We filed a transfer petition in the Rajasthan High Court requesting it to hear all these appeals as they are related to one matter. If appeals of the same case are heard in different courts, there is the possibility of contradictory judgements,” he said.
“That’s why we filed an appeal in High Court that there are different appeals in the same case and they should be heard in High Court. On our plea, High Court Justice Manoj Kumar Garg has given an order to stayed hearing in these appeals until the matter of transfer petition is not heard,” he added.
Saraswat said the Rajasthan High Court also issued notice to Dushyant Singh, Neelam, Tabu, Sonali and Saif Ali Khan.
Salman Khan was booked under Section 51 of the Wildlife Protection Act for poaching two chinkaras in Bhawad village on September 26-27, 1998 and one chinkara in Mathania on September 28, 1998.
Earlier in February, the Jodhpur District and Sessions Court dismissed a petition filed by the Rajasthan government that alleged that Salman Khan had presented a false affidavit related to the Arms Act in the blackbuck poaching case. (ANI) 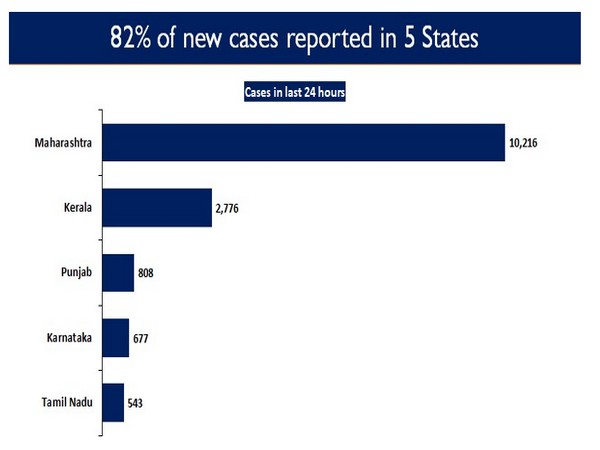 New Delhi [India], March 6 (ANI): Maharashtra, Kerala, Punjab, Karnataka and Tamil Nadu added 82 per cent of the total new cases which were reported in the last 24 hours in the country, the union health ministry informed on Saturday.
According to the health ministry, 18,327 new COVID-19 cases were registered in the last 24 hours, out of which Maharashtra added 10,216, followed by Kerala with 2,776 while Punjab reported 808 new cases.
Meanwhile, eight states are displaying an upward trajectory in daily new cases.
“India’s total active caseload has reached 1,80,304 today. India’s present active caseload now stands at 1.61 per cent of India’s total positive cases,” the ministry said.
On the other hand, 21 states and union territories have less than 1,000 active cases. Arunachal Pradesh has only three active cases.
Kerala, Chhattisgarh and Tamil Nadu have shown a reduction in the active cases in the last 24 hours whereas Maharashtra, Punjab, Karnataka, Madhya Pradesh, Gujarat and Haryana displayed a rise in the active cases during the same period.
108 deaths were reported in the country in the last 24 hours.
“Six states account for 85.2 per cent of the new deaths. Maharashtra saw the maximum casualties (53). Kerala follows with 16 daily deaths and Punjab reported 11 deaths in the last 24 hours,” it said.
Gujarat, West Bengal, Uttar Pradesh, Goa, Uttarakhand, Lakshadweep, Puducherry, Assam, Sikkim, Manipur, Ladakh (UT), Meghalaya, Arunachal Pradesh, Tripura, Nagaland, Mizoram, Andaman and Nicobar Islands and Daman and Diu, Dadra and Nagar Haveli have not reported any COVID-19 death in the last 24 hours. (ANI) 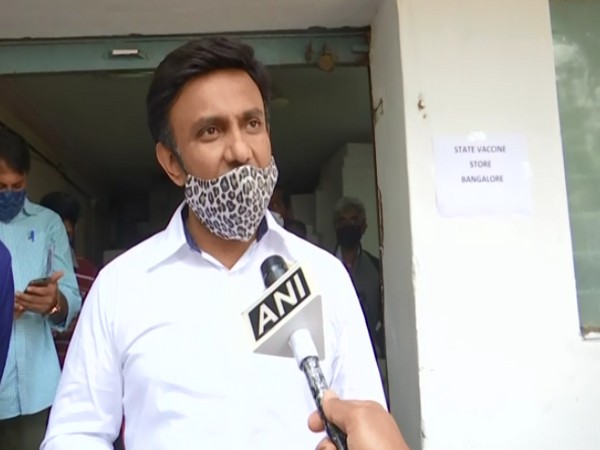