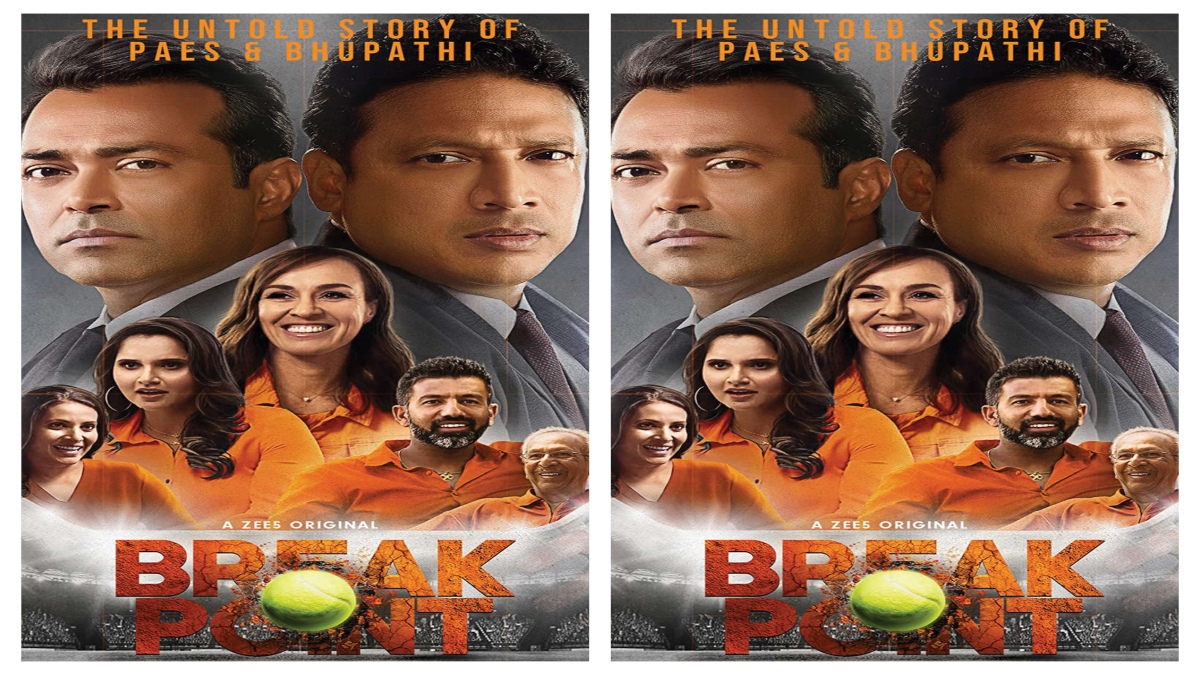 Nonfiction is an area that opens upon so many creative possibilities and yet not many mainstream Indian filmmakers have tried their hands at it. The husband-wife duo of Nitesh Tiwari and Ashwiny Iyer Tiwari has taken the mantle of making a documentary series titled ‘Break Point’ for ZEE5 on the rise and eventual fallout of the former Indian doubles tennis champions Leander Paes and Mahesh Bhupathi who together won three men’s doubles Grand Slam titles which included winning the French Open and Wimbledon in 1999. At one point in time, it felt as if the duo of Paes and Bhupathi would win every doubles title under the sky but then their egos came in between, bringing their dream partnership to end. While many efforts were made to bring them back together, the old magic just could never be created again. Nevertheless, Paes went on to win 15 more men’s doubles/mixed doubles Grand Slam titles (taking his overall tally to 18) teaming up with various other players. As for Bhupathi, he won 9 more (taking his tally to 12) teaming up with different partners.

‘Break Point’ takes us to the very start of their respective journeys. Paes had already been a pro when he first asked Bhupathi to become his doubles partner even though the latter was still playing at the college level. The rest, as they say, is history. But initially, it was a decision that didn’t go well with Leander’s father Vece who felt that Bhupathi at the time had a huge mountain to climb before he could even dream to be on the same court with Leander. But nothing mattered to Leander who had already made up his mind. He had a simple dream: to see two Indians winning a Grand Slam. And he saw Bhupathi as his only hope of realising it. Even his choice of Team Song was ‘Made in India’. And when at the 1996 Atlanta Olympics Paes and Bhupathi almost scored an upset win over the Woodies (the Australian duo of Mark and Todd Woodbridge), it become obvious to everyone that the ‘Indian Express’ (that what they came to be known as) is here to stay. The real icing on the cake was Leander winning the bronze medal for India in the men’s singles at Atlanta with Bhupathi supporting him from the stands. Even though Bhupathi had every reason to return home after their doubles defeat he stayed back and cheered for his partner.

It wasn’t too long before the duo of Paes and Bhupathi became a rage. What made them tick were their complementary styles. While Bhupathi’s backhand was world-class, Paes’ forehand was as par with the best in the world (he even defeated Pete Sampras in a singles match in straight sets at Newport during their only clash). Bhupathi’s height allowed him to serve big and reach for strong returns. Paes was far more agile and could cover a lot of court area and was easily the more flamboyant of the two. His flamboyance, passion, and zeal are quite apparent in the interviews featured in ‘Break Point’. On the other hand, Bhupathi’s calmness on the court also gets reflected in the interviews that he has given for the documentary. In fact, Paes originally started the famous chest bump during a Davis Cup match to cheer up his usually calm partner and get their competitive juices running. From then on it became the duo’s signature. In Paes’ words, “Whenever we were low on energy, we chest bumped”.

‘Break Point’ mostly relies on interviews to tell its story. Other than Leander Paes, Mahesh Bhupathi, their family and friends, Australian Mark and Todd Woodbridge, American Bryan Bros, Martina Hingis (who won Grand Slam titles with both Paes and Bhupathi), Sania Mirza (who won two Grand Slam titles with Bhupathi) are also a part of the documentary. To its credit, the film at its best does indeed have the thrill and excitement of drama and the realism of documentary. Perhaps, the biggest challenge as a documentary filmmaker is to make real people tell their lives’ stories in front of the camera. And the Tiwaris are up to the task. They succeed in overcoming the challenge for the most part by making their subjects talk candidly about their high as well as low points. There is no denying that construction is at the very heart of filmmaking, whether it’s fiction or non-fiction, but when it comes to good documentaries the element of realism must be able to speak for itself. And, despite some missed opportunities, it certainly does so in ‘Break Point’. Credit must also go to the editors Irene Dhar Malik and Charu Shree Roy. The film serves as a powerful reminder of what Paes and Bhupathi stand for. Yes, they didn’t last for as long as everyone had hoped for but whatever they achieved together in the global arena is something to look up to. In fact, even their failures offer some valuable lessons to be learned.

‘The Joy of Bengal’ exhibition showcases works of contemporary artists