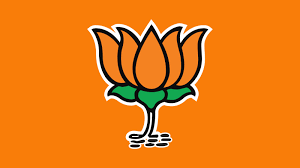 The Karnataka police on Thursday registered a First Information Report against several men for allegedly trying to murder Bharatiya Janata Party (BJP) leader Suresh Gowda in the Kyathasandra police station of the Tumkur rural.
The Police have booked the accused persons namely MLA Gaurishankar, his supporter Hirehalli Mahesh and Bommanahalli Babu alias Attika Babu and some unidentified people under section 120B (Punishment of criminal conspiracy), 506 (Punishment for criminal intimidation), 109 (Punishment of abetment if the act abetted is committed in consequence and where no express provision is made for its punishment), and 34 (Acts done by several persons in furtherance of common intention) of the IPC 1860, the First Information Report read. The complaint was filed by Gowda, wherein he alleged that the mentioned three accused plotted to kill him.