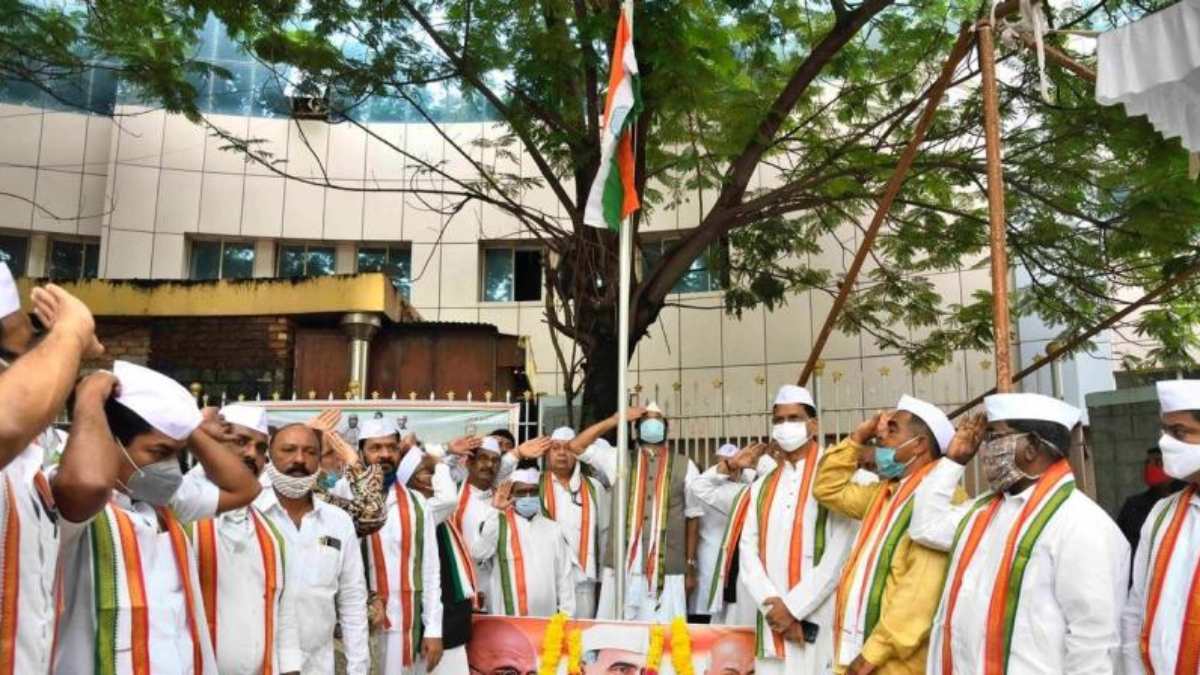 The political row has once again erupted over the ‘Telangana Liberation Day’ issue, with both the BJP and the Congress hoisting national flags at their respective offices in the state on Thursday. On 17 September 1948, the erstwhile princely state of Hyderabad merged with the Indian Union.

It is in this background that the political parties such as the BJP and the Congress have been demanding the state government to observe 17 September as Telangana Liberation Day. The Liberation Day used to be observed in the combined Andhra Pradesh, but after separation of Telangana as a new state, the TRS government stopped celebrating it.

“The erstwhile Hyderabad state ruled by the Nizam acceded to the Indian Union only on September 17, 1948. A people’s movement against the Nizam and his Razakar army bore fruit when Sardar Patel launched ‘Operation Polo’. On September 17, people across Telangana and parts of modern-day Marathwada and Karnataka celebrate a second Independence Day,” Kishan Reddy said.

TPCC chief Capt N. Uttam Kumar Reddy alleged that the BJP, TRS and AIMIM were trying to distort and communalise the history of Hyderabad’s merger with the Indian Union. Uttam Kumar claimed that only the Congress and Communist parties have struggled for Hyderabad’s merger with Indian Union. He said BJP or its predecessors did not participate in the struggle against Nizam’s Rule.

“They are trying to make an issue out of Hyderabad merger day’s celebration while the fact is the Congress has been celebrating the occasion since 1949 without any hue and cry. Several Congress leaders and Communist leaders have made several sacrifices in the struggle against Nizam’s Rule,” he said.

The AIMIM led by Asaduddin Owaisi has been opposing the idea of celebrating Telangana Liberation Day as, according to him, Muslims were massacred during the “police action”.

Too little, too late: Capt Amarinder on Harsimrat Badal’s resignation