Bihar minister: Anyone responsible will be punished on exam paper calling Kashmir a country 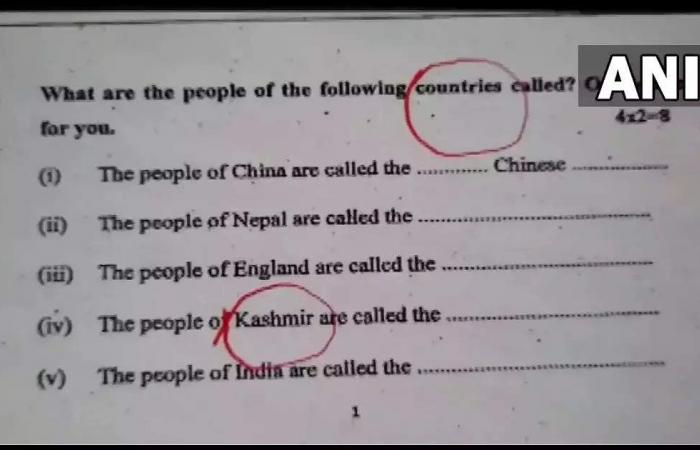 Rural development minister Shrawan Kumar said that the matter will be looked into following controversy in Bihar regarding a Class 7 English exam that presented Kashmir and India as separate countries. Anyone guilty will face punishment, he said, according to a news source ANI.

Following the incident which occurred in the Kishanganj district, the Nitish Kumar administration is under fire after the Bharatiya Janata Party—former partners of the ruling Janata Dal (United)—alleged a conspiracy and asked the union education ministry step in.

The Class 7 English exam question paper asked, “What are the people of the following countries called?” and provided one response as an example as part of the ongoing midterm exams for students up to Class 8. The assignment instructed the student to identify the nationalities of people from Nepal, Kashmir, England, and India after using China and the Chinese as an example.

“To be asked in the districts of Seemanchal by the Bihar Education Project Council, what is a citizen of China, of England, of Nepal, of India and at the same time a citizen of Kashmir? This shows that there is a nefarious nexus of PFI supporters sitting in the government and PFI supporters of RJD,” he tweeted.