“I have resigned from the Trinamool Congress and joined the BJP. I like to call it a crusade against the immoral activities within the Trinamool and the injustice meted out to the people in the north Bengal districts. I look forward to a new political era in Bengal. I hope people of north Bengal would welcome the decision,” Goswami said after joining the BJP.

Goswami had resigned from the Trinamool Congress and quit the primary membership of the party on 3 October. He arrived at the BJP’s central office in Delhi with two party leaders from Bengal—Barrackpore BJP MP Arjun Singh and BJP Lok Sabha member from Cooch Behar Nishith Pramanik.

Senior BJP leader Kailash Vijayvargiya officially handed over the party flag to Goswami at the BJP office. “We are really happy to welcome him to the BJP. He is a very senior leader from north Bengal. Goswami will significantly contribute to the expansion of BJP’s organisational base in West Bengal, especially ahead of the 2021 Assembly elections,” Vijayvargiya said.

Meanwhile, state Irrigation and Transport Minister Suvendu Adhikari also tendered his resignation as minister from the Mamata Banerjee-led state cabinet on Friday morning. West Bengal Governor Jagdeep Dhankhar wrote on Twitter that Adhikari’s resignation letter has been sent to Chief Minister Mamata Banerjee, a copy of which was forwarded to the Governor’s office as well.

3 MEN IN UNIFORM KILLED IN CROSS-LOC SHELLING IN JAMMU 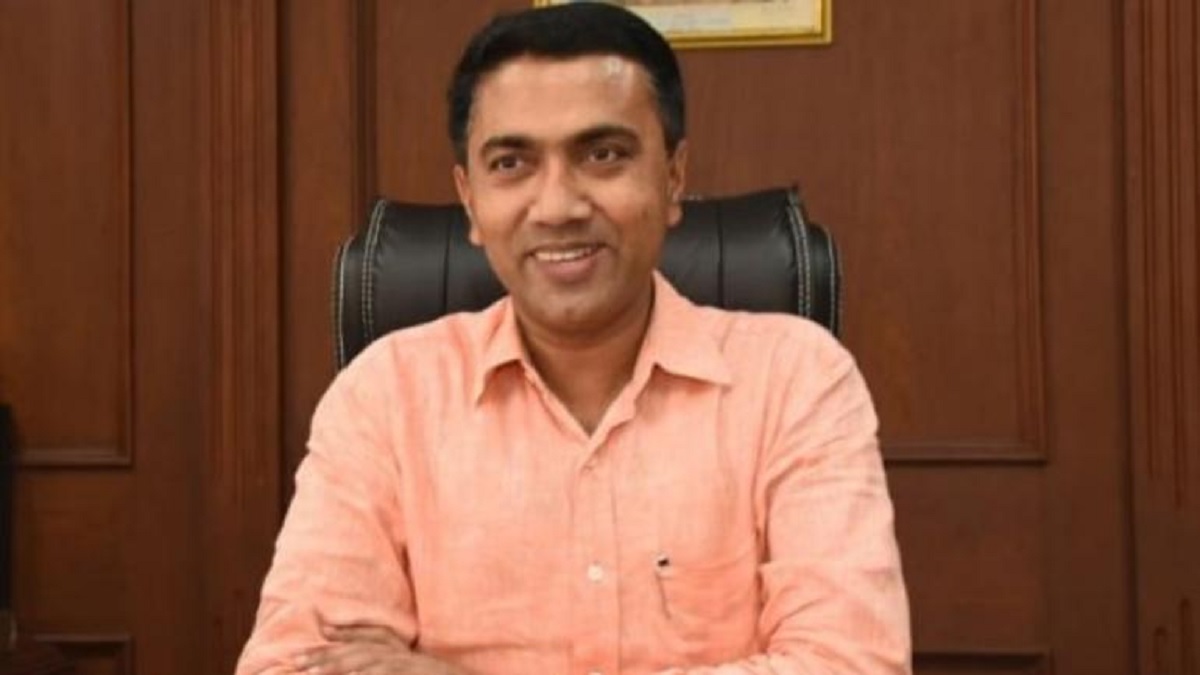 In the light of the stiff opposition faced, Goa Chief Minister Dr Pramod Sawant on Wednesday announced that he will be re-introducing the controversial Bill during the upcoming Winter Assembly session. Dr Sawant also announced that the government would delete the word ‘putra’ from the Bhumiputra Adhikarni Bill 2021.

“Bhumiputra Adhikarini Bill to be withdrawn and reintroduced in Winter session of Assembly with changes,” said the CM in a video message. He further assured to rename the bill as Goa Bhumi Adhikarini Bill as there were sentiments of many people attached to the word ‘Bhumiputra’.

Dr Sawant also said that the government will accept various suggestions from people for which a separate link has been created on GoaOnline.gov.in. “Opposition had the opportunity to put across their suggestions to the Bhumiputra Adhikarani Bill, and if needed, would have even considered sending to Select Committee but they preferred to stage walkout,” he added.

Meanwhile, Dr Sawant said that the Bill will give ownership rights to houses constructed on government and communidade land. “There will be nearly 1.5 lakh households to benefit from it. The Bill is not to facilitate migrants, only those having valid documents to get their name on form XIV,” he informed.

In a first since pandemic, Chandigarh reports zero Covid cases

‘As zero cases just for one day is not enough, we need to maintain Covid-appropriate behaviour to declare the city Covid-free’.

Beautiful city Chandigarh today reported no Covid-19 cases in the city. With this, Chandigarh so far has reported 61,965 Covid-19 positive cases in the city since the pandemic broke out and 811 people have succumbed to this infection. It has been quite a painful journey for many of the families who already have lost their loved ones during this period of one year.

Last year, on 1 August, there were 28 positive cases reported with 378 active cases and the city had 1079 total positive cases reported by then and 18 people had succumbed to the infection. Since then, Chandigarh has seen a lot many deaths and many have won the battle as well. While speaking to The Daily Guardian, Amit Garg of Sector 40, recalled the day when he lost his parents within a week and how he suffered due to non-availability of ventilator beds in government hospitals of the city. He said, “Today, when I get to know that city reported zero Covid cases, I so wish that if I could have shared this news with my parents who strove hard to save people during the pandemic, being octogenarian doctors.”

Stern action would be taken against officials not providing timely services. 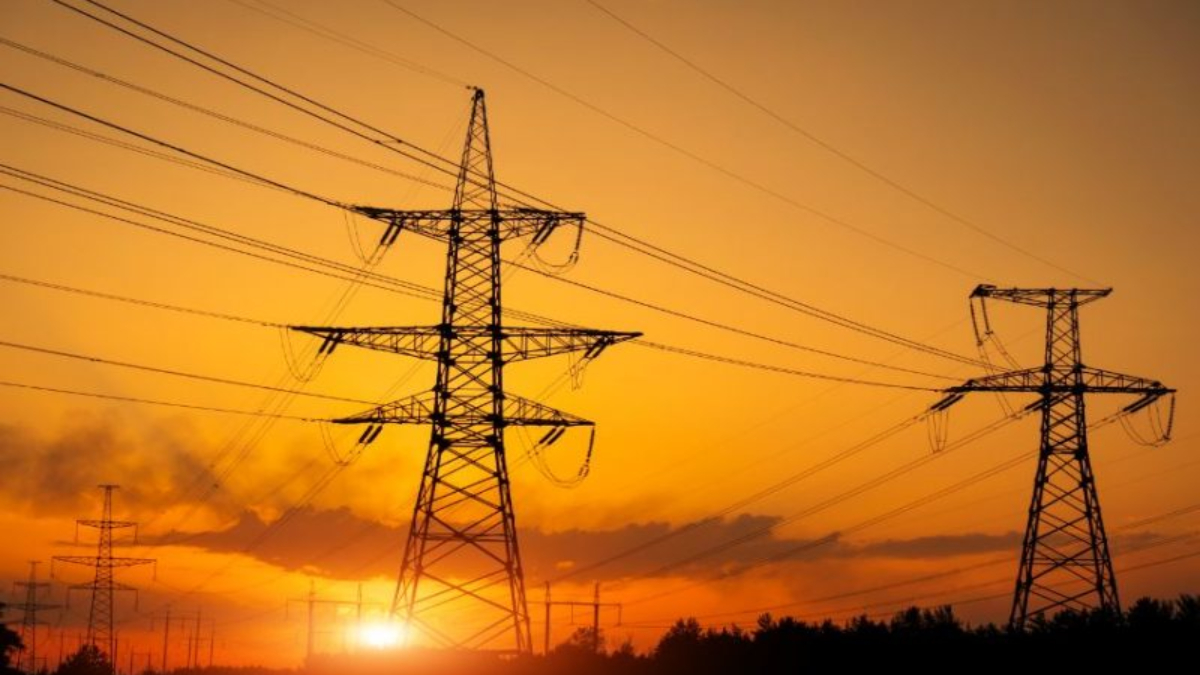 The Haryana government has issued new directions adhering to the Right to Service (RTS) Act 2014 and according to these, officials will have to provide timely services regarding the problems of electricity across the state. The new orders direct that it has been mandated to record the reason against complaints, which has been resolved outside the RTS Act timeline. If any complaint goes outside the notified timeline, officials or employees concerned will have to mention the reason and the same would be recorded.

It is worth mentioning that there is provision of levying penalty on officials in the RTS Act in case unnecessary delay is found in providing services. Therefore, all junior engineers and SDOs are directed to ensure timely delivery of services. It is worth mentioning that the government continues to issue directions to address the public grievances and officials not following these are subject to stern action. In the wake of this, the government has taken action against such officials in a large scale in the last few years. 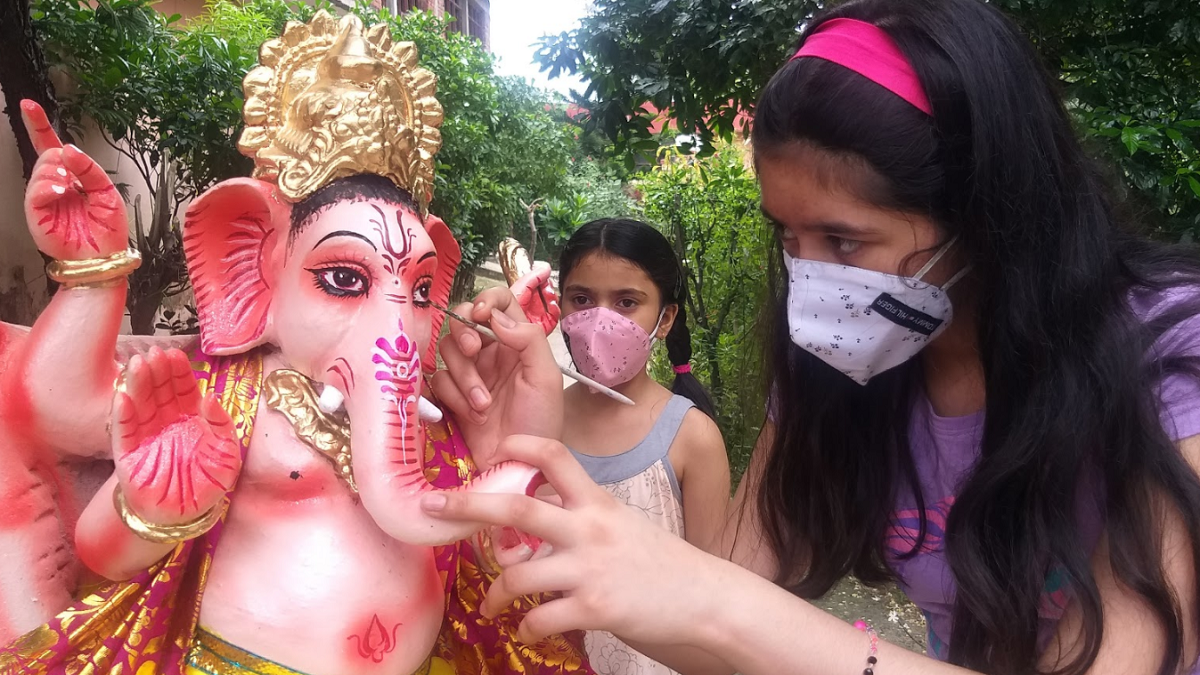 MUMBAI: Nearly a month ahead of Ganesh Utsav, Ganesh idol makers in Maharashtra’s Mumbai said they are reeling under the effect of Covid-19 restrictions. Business is down for the second consecutive year, claim some idol makers.

“Though the situation is slightly better this year, the demand is still way below pre-Covid levels. Input cost has also risen,” said Sunil Bambulkar, an idol maker whose family has been in the business for over 30 years. In view of the Covid-19 pandemic, the Maharashtra government restricted the height of the idols in public celebrations to four feet while those in homes to two feet, in order to reduce much fanfare.

“We have completely stopped making bigger idols due to government’s restriction and this has greatly affected the business,” said Bambulkar. He further said that earlier people used to order fancy Ganesh idols from foreign countries also. “Now, even that has stopped,” he said.

Another idol maker Kaushik Prashant reiterated a similar opinion. He said, “Because of the restrictions imposed by the government, the business is down.”

He further emphasised that last year, when the pandemic first hit the country, severe losses were incurred. “Demand is good compared to last year but not up to the expectations. Before Covid, I used to make around 150 Ganesh idols every year but this year I am keeping this number below 100. Though demand for clay idols has increased,” said Prashant.

Last year as well, the celebrations of the festival were subdued due to the rampant surge in Covid cases in the state. For the first time in history, Lalbaughcha Raja Ganeshotsav Mandal had decided not to hold the festivities in the wake of the pandemic.

Ganesh Chaturthi, a ten-day festival that starts on the fourth day of the Hindu lunisolar calendar month Bhadrapada, will start on September 10 this year.It is celebrated with much fanfare in Mumbai and other parts of Maharashtra with lakhs of devotees converging into mandals to seek blessing from Lord Ganesh.

According to the data released by Union Health Ministry, there are 78,700 active cases of Covid-19 in Maharashtra while the death toll due to the infection has gone up to 1,33,038. 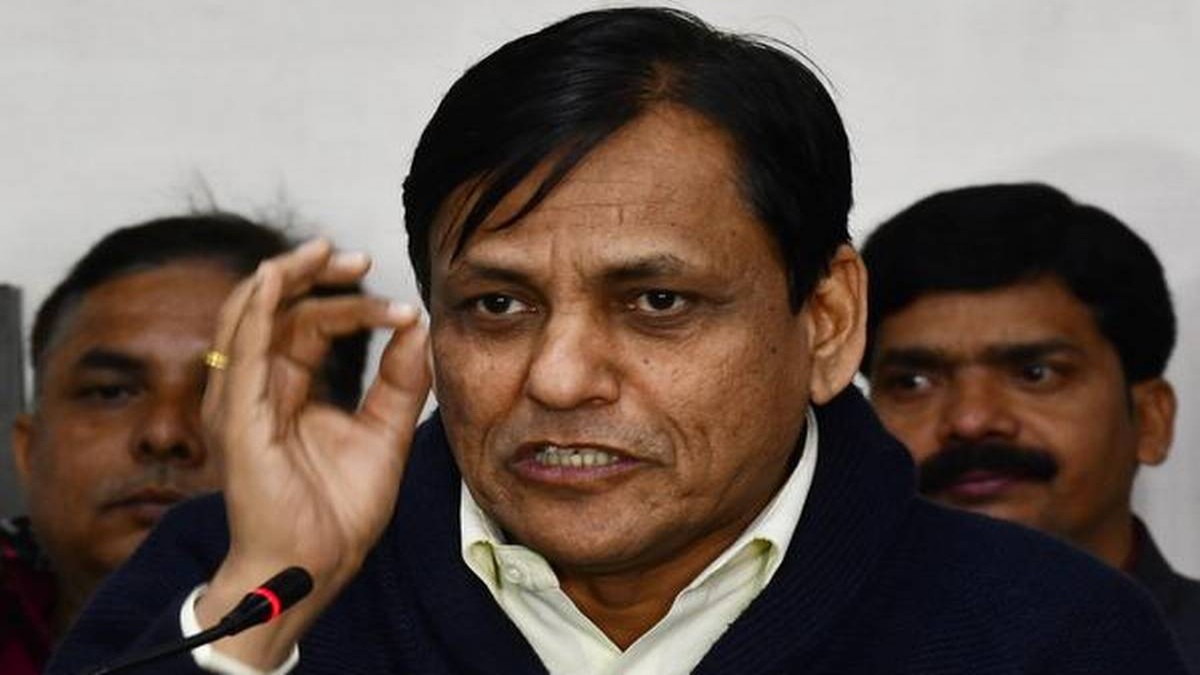 Minister of State Home affairs Nityanand Rai on Wednesday informed the Rajya Sabha that in Jammu and Kashmir a total of 630 terrorists were killed in 400 encounters and 85 security personnel martyred from May 2018 to June 2021.

Replying to Congress MP Digvijay Singh, Rai said that Jammu and Kashmir has been affected by terrorist violence that is sponsored and supported from across the border. “In 400 encounters, 85 security personnel martyred and 630 terrorists were killed from May 2018 to June 2021,” he said in a written reply.

MoS Home Rai further said that the government has adopted a policy of zero tolerance towards terrorism and has taken various measures, such as strengthening of security apparatus, strict enforcement of the law against anti-national elements, intensified cordon and search operations to effectively deal with the challenges posed by the terrorist organisations.

“Security Forces also keep a close watch on persons who attempt to provide support to terrorists and initiate action against them,” Rai added.

Rai further informed the Rajya Sabha that 680 personnel of the paramilitary forces have died by suicide during the last six years. The number of personnel who have died due to accidents and encounters during the period are 1,764 and 323 respective Replying to Bharatiya Janata Party (BJP) MP Sushil Kumar Modi “Whether it is a fact that more than 700 personnel of paramilitary forces have committed suicide during the last six years”, Ministry of Home Affairs made the declaration.

Rai in a written reply to Rajya Sabha said the domestic problems, illness and financial problems could be contributory factors among others behind the suicides.

He further said this issue was reviewed by the govt from time to time consultation with professional agencies. “While the Bureau of Police Research and Development (BPR&D) conducted a study in 2004 into the factors causing stress, the Indian Institute of Management (IIM) Ahmedabad did a similar study in 2012 for BSF and CRPF,” he added.

The WHO move has been aimed at enabling that at least 10% of the population of every country was vaccinated, WHO Director-General Tedros Adhanom Ghebreyesus said. 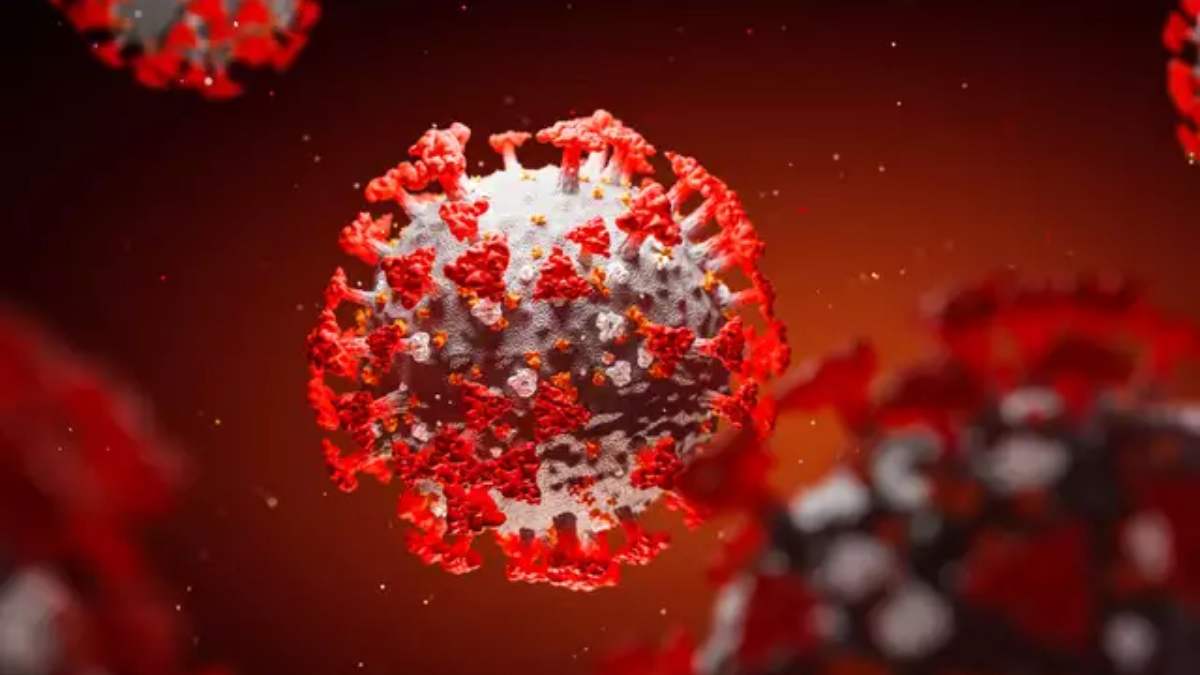 Addressing a press briefing on Wednesday, Tedros said, “WHO is calling for a moratorium on boosters until at least the end of September to enable at least 10 per cent of the population of every country to be vaccinated. To make that happen, we need everyone’s cooperation, especially the handful of countries and companies that control the global supply of vaccines.”

“I understand the concern of all governments to protect their people from the Delta variant. But we cannot accept countries that have already used most of the global supply of vaccines using even more of it,” Tedros added.

A small group of nations, including some in Europe, are planning additional shots for the fully inoculated even as Covid-19 continues to infect and kill at alarming rates across the Global South, where vaccination levels remain “catastrophically low”, The Washington Post reported.

The report stated that the decision by wealthy countries to give booster shots to their own people rather than donating those doses to poorer countries is controversial. Health experts have called this move immoral.

Speaking during the presser on Wednesday, the WHO chief also called on global personalities and leaders from all walks of life to support the moratorium call. “We call on everyone with influence—#Olympics athletes, investors, business leaders, faith leaders, and every individual in their own family and community—to support our call for a moratorium on booster shots until at least the end of September,” he said.

Tedro said the world must all remember that vaccines are not the only tool to combat the pandemic. “Indeed, there is no single tool that will defeat this pandemic. We can only defeat it with a comprehensive approach of Syringe in combination with the proven public health & social measures that we know work.”

He further called on vaccine producers to prioritise COVAX and Group of 20 nations to heed his call for moratorium on booster shots till September.

Some countries have begun to use or started weighing on the need for booster doses. Germany on Monday said that it will in September start to offer a booster shot to vulnerable people. The United Arab Emirates will also start providing a booster shot to all fully vaccinated people considered at high risk, three months after their second vaccine dose, and six months for others. Last week, Israeli President Isaac Herzog received a third shot of coronavirus vaccine, kicking off a campaign to give booster doses to people aged over 60 in the country.

Meanwhile,India on Wednesday reported 42,625 new Covid-19 cases, 36,668 recoveries and 562 deaths in 24 hours, as per the Ministry of Health and Family Welfare.