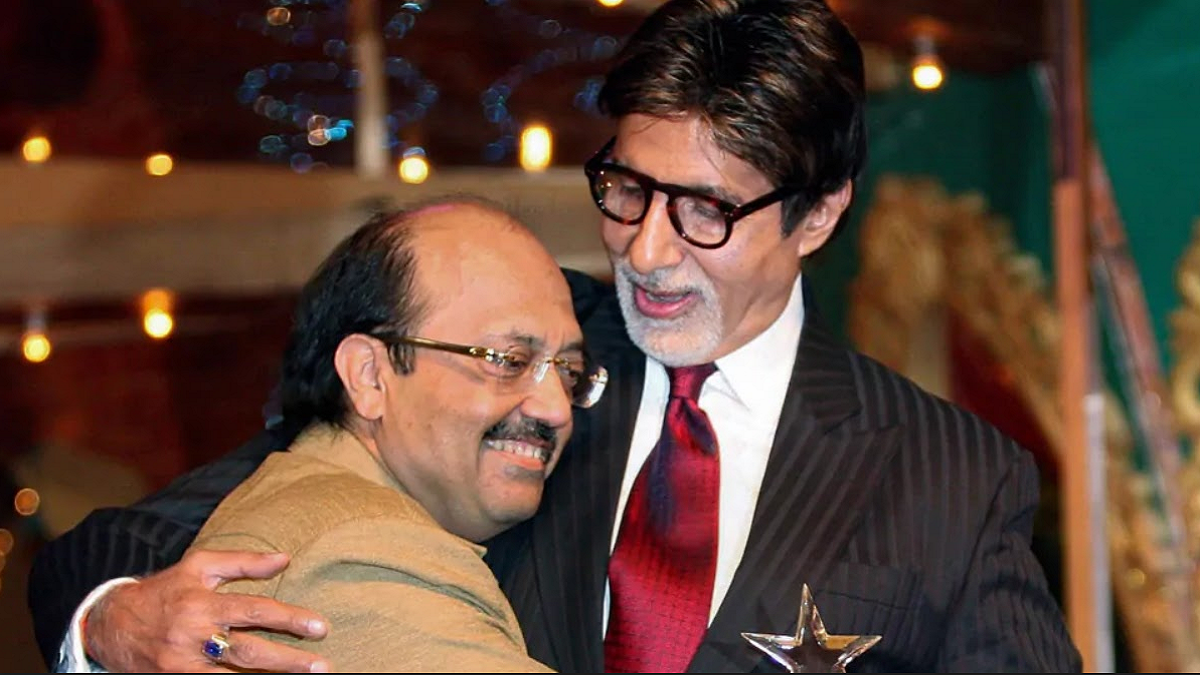 Amar Singh passed away on 1 August. He was undergoing treatment in Singapore for kidney-related ailments. While his demise evoked reactions from political circles, his close friend Amitabh Bachchan was also deeply impacted. The 77-year-old actor, who on Sunday was tested Covid-negative and discharged from Mumbai’s Nanavati Hospital, shared a picture of him with his head bowed down. In the 1990s, Amitabh Bachchan and Amar Singh were regarded as inseparable. Amar Singh helped the actor when he had hit a financial slump. He later introduced Jaya Bachchan to politics. However, their friendship turned sour after Amar Singh was expelled from the Samajwadi Party. While he expected Jaya Bachchan to follow the suit, the latter decided otherwise and it deeply hurt him.

Along with Big B, actor Anil Kapoor also mourned the politician’s demise. He wrote on Twitter that Amar Singh was a “doston ka dost” as he was always there for somebody who needed him. He passionately loved films and its music. The actor also extended condolences to his bereaved family.

Aftab launches his own production house

Friends are often critical about my work, says Ayushmann