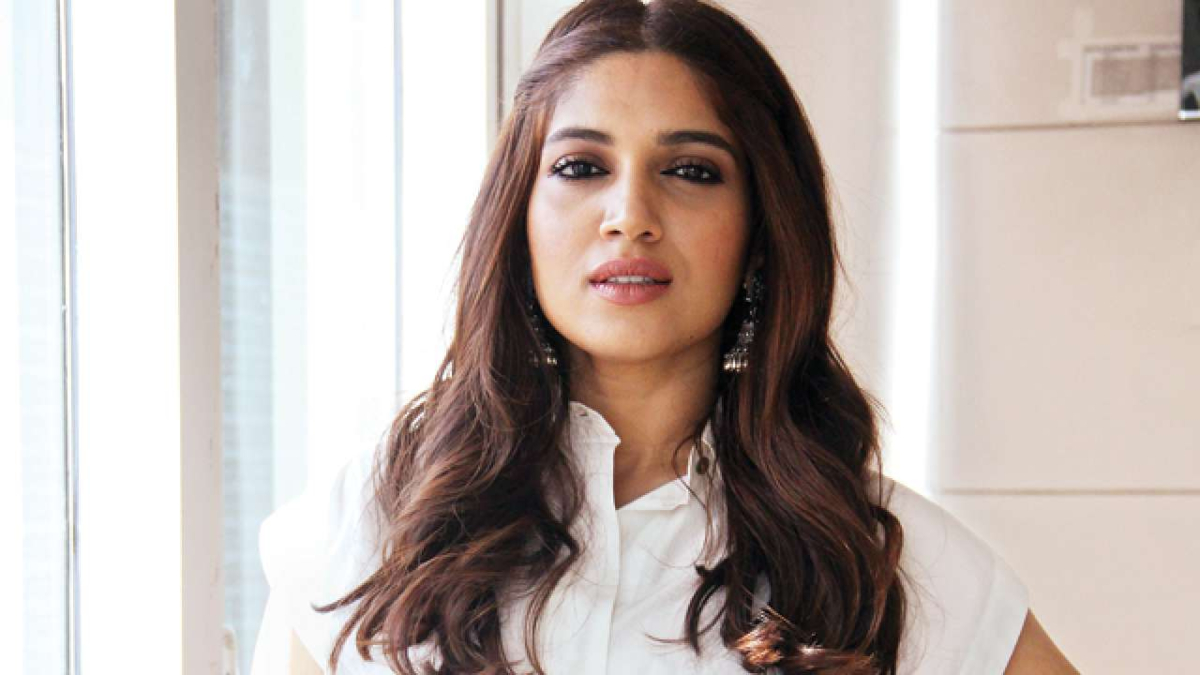 Bhumi Pednekar has garnered tremendous acclaim through her choice of cinema and progressive roles. She seeks out films and characters that look to leave audiences with a message. In her five-year cinematic journey, Bhumi has entertained us with breathtaking performances in ‘Dum Laga Ke Haisha’, ‘Toilet: Ek Prem Katha’, ‘Shubh Mangal Saavdhan’, ‘Saand Ki Aankh’, and ‘Dolly Kitty Aur Woh Chamakte Sitaare’ among others. All of these films have sparked a conversation about society.

“I think my films should entertain people but at the same time, it does seek to leave audiences with a thought that will hopefully change their thinking for the better. Most of my films have had heavy social messaging but even a film like Pati Patni Aur Woh, which was an out and out entertainer, clearly tells you that you don’t have to succumb to societal pressures of marriage. Staying in the marriage is as much a woman’s choice too,” she says.

When Bhumi picks her films, she ensures that the messaging is never preachy to audiences as, at the end of the day, a film has to entertain. “Every film has a certain set of audiences and for me, a film has to entertain its core audience. If it fails to do so, then it doesn’t achieve its purpose. All my films have reached to its set of audience who have loved what we have tried to say about life, society and women empowerment. That to me is gratifying,” she says.

“There is no formula to say this film will work and that won’t. It’s all a gamble, every film is but you set out to make it with the purest of intentions that it will reach out and entertain people. Thankfully my films have worked, it has gotten me the recognition and helped me get more challenging and creatively satiating roles,” she adds.

‘Adipurush’ release date is out

‘Delhi crime’ is born out of Sadness, anger: Richie Mehta

Indo-Canadian filmmaker Richie Mehta is humbled by the International Emmy win for ‘Delhi Crime’, and says it is the culmination of years of work by hundreds of people. Mehta, director and screenwriter of the series, said: “I never anticipated getting here, it’s the culmination of years of work by hundreds of people, sometimes in total isolation and defiance.” ‘Delhi Crime’ is a complete labour of love, born out of sadness, anger, frustration, and compassion. The entire team from start to finish should take a bow for giving their all to this vision,” he added. The web series has won the Best Drama Series award at the 48th International Emmy Awards. The Netflix series is fictionalised version based on the horrific December 2012 Delhi bus gangrape case and follows the investigation by the Delhi Police. Over six years of research went into the making of the series, which was shot on location in New Delhi. It stars Shefali Shah, Rajesh Tailang, Rasika Dugal and Adil Hussain.

INDIAN IDOL 12 TO USHER IN AWESOME CHANGE OF ‘MAUSAM’

From the enormous pool of talent that auditioned for ‘Indian Idol 12’, this year’s judging panel, Vishal Dadlani, Neha Kakkar and Himesh Reshammiya, have narrowed down the voices for theatre rounds.

The competition among the top 15 will intensify as the audience and judges root and vote for their favourite contestants’ week after week, till the nation finds its next Indian Idol! Suave and sureela Aditya Narayan will be seen as the show’s host. Himesh says, “I am happy and proud to be again judging the new season of ‘Indian Idol’, which is not just India’s longest-running singing reality show but also has a wonderful legacy of finding and nurturing some of the best vocal talents. I’m confident that each of the chosen contestants is out to do something original and big in India’s flourishing music scenario.”

Vishal states, “As a platform that addresses the aspirations of young India, ‘Indian Idol’ is a show that is hugely anticipated by aspirants and viewers alike. Season after season, it serves to showcase the diversity and limitless talent that exists in our beautiful country. As judges, we have the incredibly tough job of choosing the best. I’m hoping ‘Indian Idol 12’ brings an “awesome change of mausam” and mood for one and all. ” Neha who is not only judging the ‘Indian Idol’ seasons but had also been a part of the show as a participant shares,“To me, the emotional connect with brand Indian Idol is very strong, given that it showcases the talent that cuts across all geographical and demographic boundaries. My own journey from contestant to judge on this show is one that represents the possibilities that exist in the world, and the opportunity that it gives the common man. As a judge, being honest and forthright with my feedback to the contestants is of paramount importance to me, to guide them right.”

KATIE HOLMES SPILLS THE BEANS ABOUT ‘THE SECRET: DARE TO DREAM’

Katie Holmes has spoken of what attracted her to the script of her upcoming romantic drama, ‘The Secret: Dare To Dream’. Directed by veteran Andy Tennant, the film revolves around the story of a hardworking young widow (played by Holmes), who is struggling to raise three children on her own, and how her life changes when she meets Bray Johnson (Josh Lucas). The film based on Rhonda Byrne’s 2006 self-help book, ‘The Secret’. “This project felt like such a great opportunity because the book means so much to so many people. I think that Tennant crafted a beautiful story that fulfils the themes of the book, but the characters are also very much alive on their own,” said Holmes. The cast also features Celia Weston and Jerry O’Connell. Connell shared how he reacted when he got the offer to be a part of the project. “When I first heard that they were doing a ‘Secret’ movie, I was like, I read that book! I practice those principles! And so then I actually secreted getting the role in this movie… and Boom, here I am. It works,” he said. The film will release in India on 27 November.

HERE’S WHY SUMEET WAS SCEPTICAL ABOUT HIS ‘DARK7WHITE’ LOOK

With his amazing acting skills and path-breaking roles, Sumeet Vyas has owned the digital space in the true sense, and he is now once again ready to rule the web world with his portrayal of Yudhveer Singh in ALTBalaji and ZEE5’s ‘Dark7White’. Seen in a never-seen-before avatar in the series, Sumeet was a little skeptical about his look when he took up the project. After all, this is the very first time where he will be seen with a full-grown beard and long hair. But he has nothing to worry about, as fans are already in awe of his look.

Speaking about his look in the series, Sumeet quipped, “I was running away from the look as I’ve never kept long hair or a full-grown beard till date. Our director Satwik Mohanty was very keen that I should have this look. I was trying to convince him that please don’t do this as it will be very difficult for me to maintain it. He told me that I can put on a wig along with a fake moustache and beard, it might not look convincing. I told him that I will go in with his conviction, and I am glad that I did that as it’s a very interesting look and had to come out naturally.” Streaming on ALTBalaji and ZEE5 from 24 November, ‘Dark 7 White’ is a youth-oriented political murder mystery that’s narrated in a quirky storytelling style laced with dark humour.

She will be seen in Mehra’s next film ‘Toofan’ alongside Farhan Akhtar. “In ‘Toofan’ my character is an anchor to the narrative despite not being the driving force of the plot. It was a beautiful experience working with Farhan and Rakeysh. They subconsciously help you push yourself to explore things you haven’t tried. The little nuances they bring to their work teaches you so much,” she said. “I have learnt so much from ‘Toofan’, most importantly (the fact) that women in new-age narratives aren’t ornamental. They have a solid ground to stand on and the male actors like Farhan facilitate that,” said Mrunal.

SPORTS TAUGHT ME HOW TO BOUNCE BACK AFTER A FALL: ABHISHEK BACHCHAN