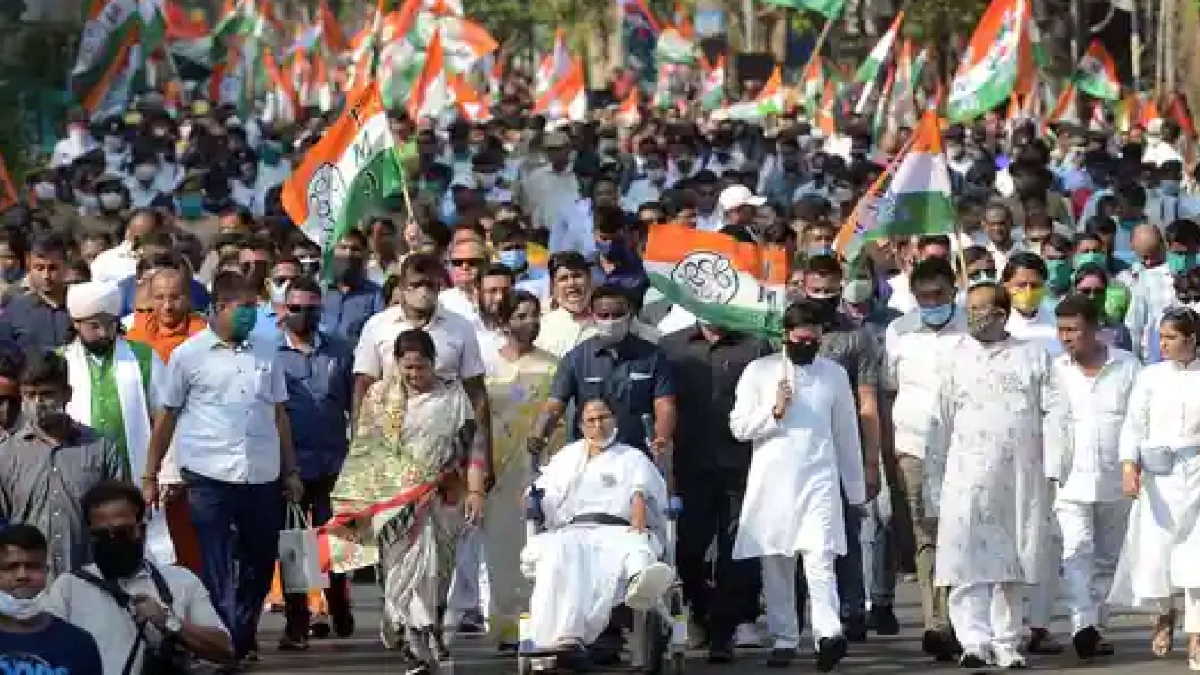 West Bengal is gearing up for the final match of the power game as the last phase of the Assembly elections will be held today.

In Phase-VIII, 35 Assembly constituencies spread across four districts will go to the polls. Among these, six are in Malda, eleven in Birbhum, eleven in Murshidabad and seven in Kolkata. Over 84.77 lakh electorates, including 41.21 lakh women and 158 third gender persons, would be casting their votes at as many as 11,860 polling stations. A total of 283 candidates, including 35 women are in the fray in the last phase of the West Bengal polls.

Ruling TMC and BJP are contesting on all 35 seats. Congress, the Left parties and the Indian Secular Front (ISF) have made a coalition and are contesting under the banner of Sanyukta Morcha. Out of the 35 seats in this round, Congress has 19 in its share, CPI(M) has 10, RSP has one, AIFB has three and ISF has four seats. Bahujan Samaj Party (BSP) is also trying its luck and has fielded 24 candidates.

The dominance of the Muslim population in the districts of Murshidabad and Malda sets the political dynamics in this region. Traditionally, these districts are considered as the Congress bastion.

Berhampore, the administrative headquarters of Murshidabad, is represented in the Lok Sabha by Congress leader Adhir Ranjan Chowdhury. However, the emergence of Asaduddin Owaisi’s AIMIM and the Indian Secular Force (ISF) has impacted the political gradient in this region.

Development, unemployment and migration remain the core issues in these districts.

The BJP is targeting the incumbent TMC over ‘tolabaazi’ (extortion), ‘cut money’ and syndicate raj and appeasement politics. Plus, an air of anti-incumbency can also be felt against the ruling TMC government in the state.

However, the Mamata Banerjee-led TMC is banking upon its welfare schemes like “Duare Sarkar”, “Swastho Sathi” and “Kanyashree”.

There is a head-to-head contest between Congress’ Md Mottakin Alam and TMC’s Sabitri Mitra in the Manikchak constituency. Gour Chand Mandal is the BJP candidate from the seat.

In the Beleghata constituency in Kolkata, TMC’s sitting MLA Paresh Pal is the strong contender against CPI(M)’s Rajib Biswas and BJP’s Kashinath Biswas.

COVID-19 VACCINE STOCK RUNS OUT IN MUMBAI; 40 PRIVATE VACCINATION CENTRES TO BE CLOSED