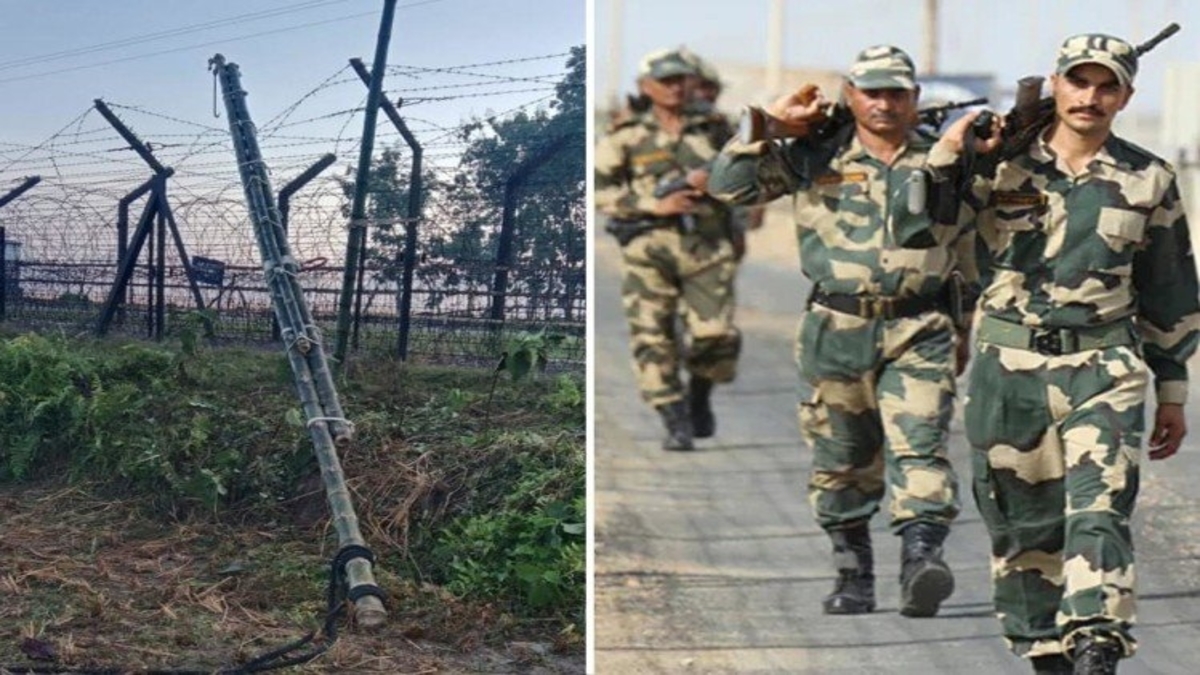 Two Bangladeshi smugglers were killed early on Friday as Border Security Force (BSF) personnel opened fire as the smugglers tried to smuggle cattle by establishing an improvised bamboo cantilever through the Indo-Bangladesh border in West Bengal’s Cooch Behar district, the force said. The incident took place around 3 am, according to the BSF. A third person too was killed, apparently an Indian named Prakash Barman named, although some locals claimed that he too was a Bangladeshi national.

One BSF personnel was also injured in the attack by the miscreants. He was taken to the hospital and his condition was stable.

The BSF in a statement said that the “miscreants from Bangladesh side ventured into Indian territory and tried to smuggle cattle heads by establishing improvised bamboo cantilever”.

“BSF domination ahead of fence warned them to go back, but the miscreants didn’t pay heed to BSF warning,” said the statement. Instead they attacked the BSF personnel with machetes and sticks causing injuries to the troops. Sensing imminent threat to their lives, the BSF fired in the air towards the miscreants.

On Friday afternoon, Cooch Behar Additional Superintendent of Police, Kumar Sunny Raj said, “BSF jawans saw some people crossing the Indo-Bangladesh border in the area under Sitai police station around 4 am on Friday. When challenged, about 50 traffickers surrounded them. Two traffickers were killed on the spot in the clash. Their identities were not known. However, their bodies were found at the Bangladesh border. They are considered to be Bangladeshis. Another body was recovered from across the country. The deceased was identified as Prakash Barman, 35. Two chains and a hand grenade were recovered from the spot, police said.

A report has already been called for the BSF firing. The Cooch Behar border comes under the Guwahati Frontier. Therefore, the report of the BSF officer in charge of the Sitai border was summoned by the IG of BSF in Guwahati. The IG of Guwahati asked for a report, which was quickly submitted stating the reason for the shooting.

Politics has started being played with the incident, especially in view of the increase in BSF jurisdiction to 50 km from the border. Congress MP Adhir Chowdhury, who is also Bengal Pradesh Congress Committee president, said that the BSF was trying to expand its area of control. He told a news conference in Behrampur on Friday, that people in the area did not trust the BSF.

Dinhata Trinamool Congress MLA, Udayan Guha criticised the BSF by alleging that cattle smuggling was being done with the help of the BSF, and that the force oppressed Indians.

Udayan Guha told a press conference that “There is a barbed wire fence 150 yards inside the Indian border. India is leaving its own place and erecting barbed wire fences. There is much oppression on Indians. We know about BSF’s cruelty. Those of us who roam the border areas, we know. They don’t even leave us. We are made to stay inside the car and are asked various questions. They oppress the the common people.”

BJP all-India vice-president Dilip Ghosh said the state could not give land, so it is not possible to have a barbed wire fence all along the India-Bangladesh border and that the Trinamool and the smugglers had become synonymous.

PAK DISAPPOINTED AS US, RUSSIA REFUSE RECOGNITION TO TALIBAN