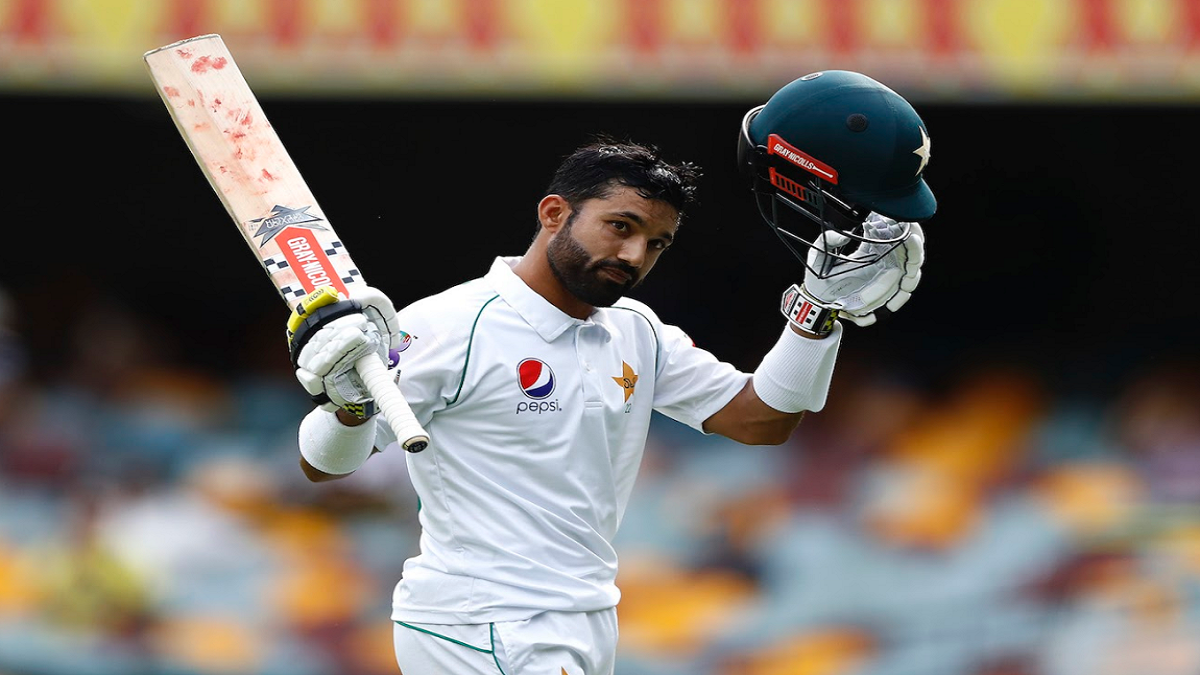 Owing to the bad light, day two saw the early stumps. 45 overs were lost on day 1 due to rain, and almost the equivalent number of overs on day 2, however, bad light was the culprit this time around. However, Mohammad Rizwan’s unbeaten 60 has put Pakistan in a good position

Star batsman Babar Azam neared a half century as Pakistan reached 155/5 against England at Lunch on a rainaffected Day 2 of the second Test here on Friday.

At the break, Babar was batting on 45 with wicketkeeper Mohammad Rizwan on 12 as the overnight pair hung on managing 29 runs in the truncated first session.

Resuming at 126/5, Babar and Rizwan showed caution in their approach and steadied the ship after England’s pacers brought them to their haunches on Day 1 which was also marred by intermittent rain.

However, Babar Azam fell the prey to english bowling at 47. The session got off to a delayed start and through the course of it, Pakistan lost captain Azhar Ali, Abid Ali, Asad Shafiq and Fawad Alam, who was making his comeback into Test cricket after an absence of 11 years.

Azhar fell to James Anderson when one of the many edges that he had got finally flew high enough for a fielder at slip to hold on to. A little under three overs later, the umpires called the players off as rain started pouring down on the stadium. Abid was the first to go after the restart, having scored a precarious 50. One of his many edges landed in the hands of Rory Burns at slips off the bowling of Sam Curran.

Asad Shafiq replaced him but did not last long, succumbing to Broad off the 13th ball that he faced as he reached out for a wide delivery and edged it to third slip.

Fawad Alam then made his entry into a cricket field in Test whites for Pakistan for the first time in over a decade and took guard with his unconventional stance. He lasted only four balls, with Chris Woakes hitting him on the pads. The umpire initially shook his head but England successfully reviewed the decision.

Finch, Warner among 12 Aussie players who will miss start of IPL 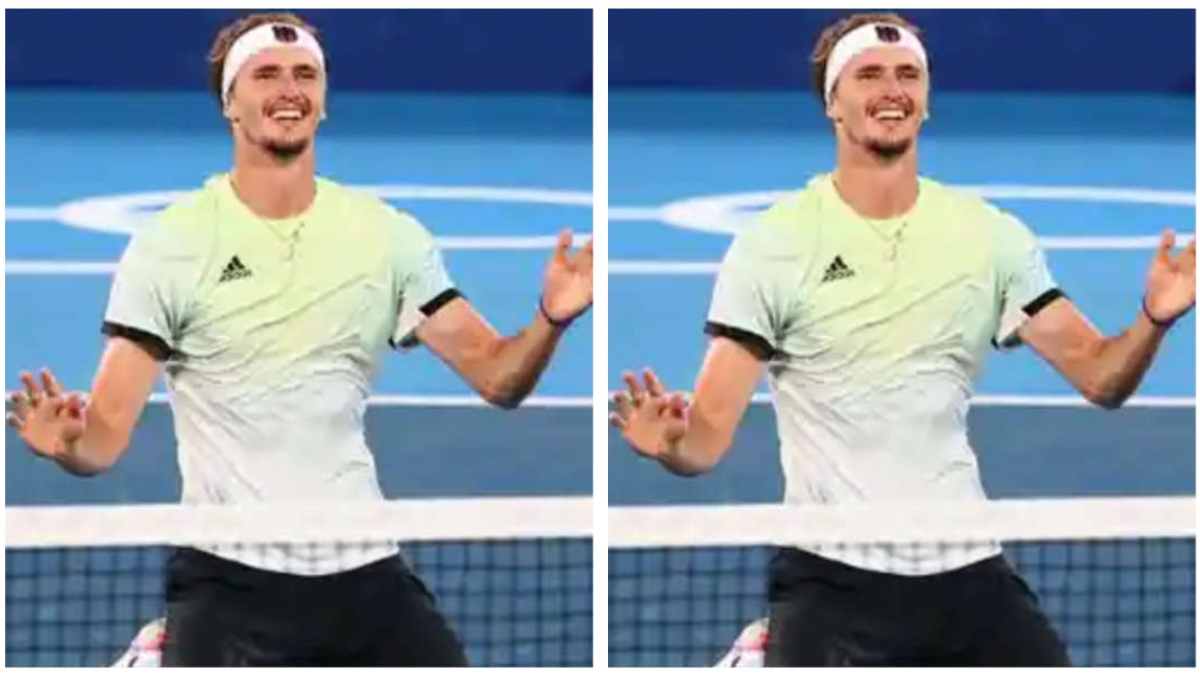 Zverev defeated Karen Khachanov of Russia 6-3, 6-1 in the gold medal match, and hence the German walked away with the top prize. The German tennis player won the match in straight sets and he did not let Khachanov settle.In the first set, Zverev dropped just three games and he won it 6-3 inside 43 minutes.

Continuing from where he left off, Zverev wrapped up the second set inside 36 minutes and he won it 6-1, winning the match in straight sets.Earlier, Zverev had defeated number one seed, Novak Djokovic, in the semi-finals. 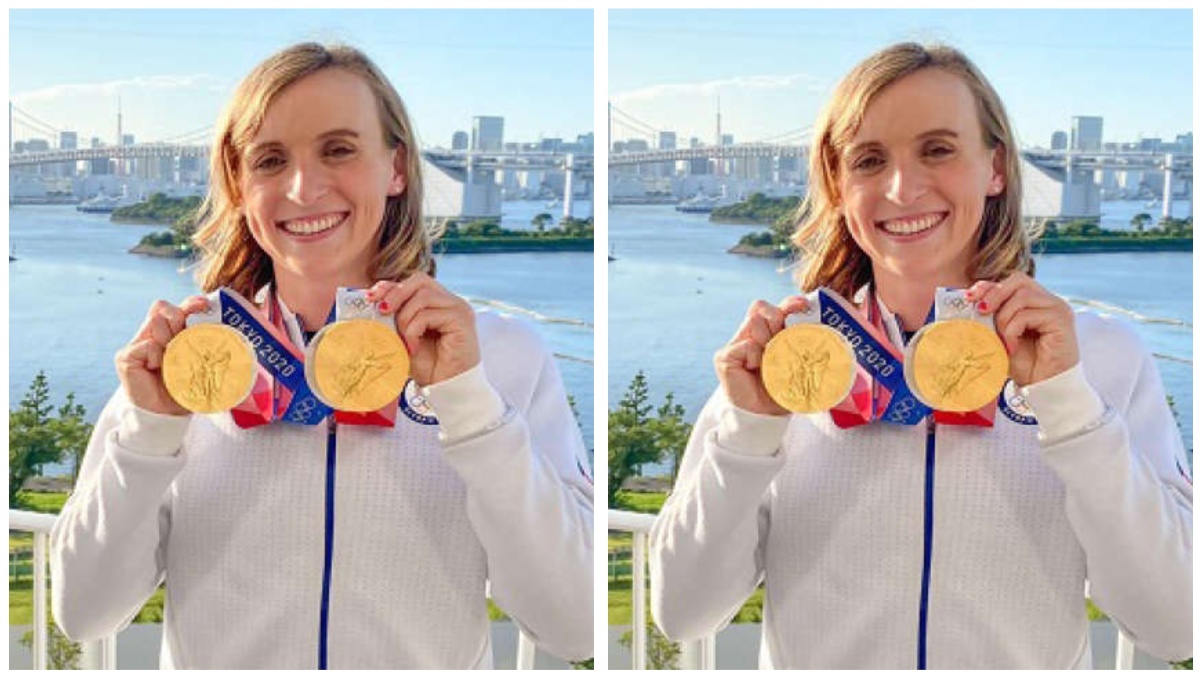 United States’ swimming great Katie Ledecky won her record sixth individual gold and 10th Olympic medal of her career after topping the podium in the women’s 800m freestyle at the Tokyo Olympics on Saturday.

Katie Ledecky still remains undefeated in every 800-meter freestyle race she’s competed in for 11 years. Ledecky touched the wall in 8:12.57. Ariarne Titmus of Australia won the silver and Simona Quadarella of Italy took the bronze. The American became the first female swimmer to win six individual golds and has now second-most in swimming to one person — Michael Phelps stands on record 13 individual gold.

On Sunday, Australia broke the Olympic record to win women’s 4×100 medley with timing of 3:51.60. Emma McKeon won her seventh medal in Tokyo 2020 after this victory. The USA claimed Silver while bronze went to Canada. Penny Oleksiak also became Canada’s most-medalled Olympian, with the seventh medal of her career.

In the last swimming final at the Tokyo Aquatics Centre, Caeleb Dressel bagged his fifth gold medal of these Games as the United States completed the men’s 4×100 medley with a world record timing of 3:26.78. Dressel’s fly split was 49.03. 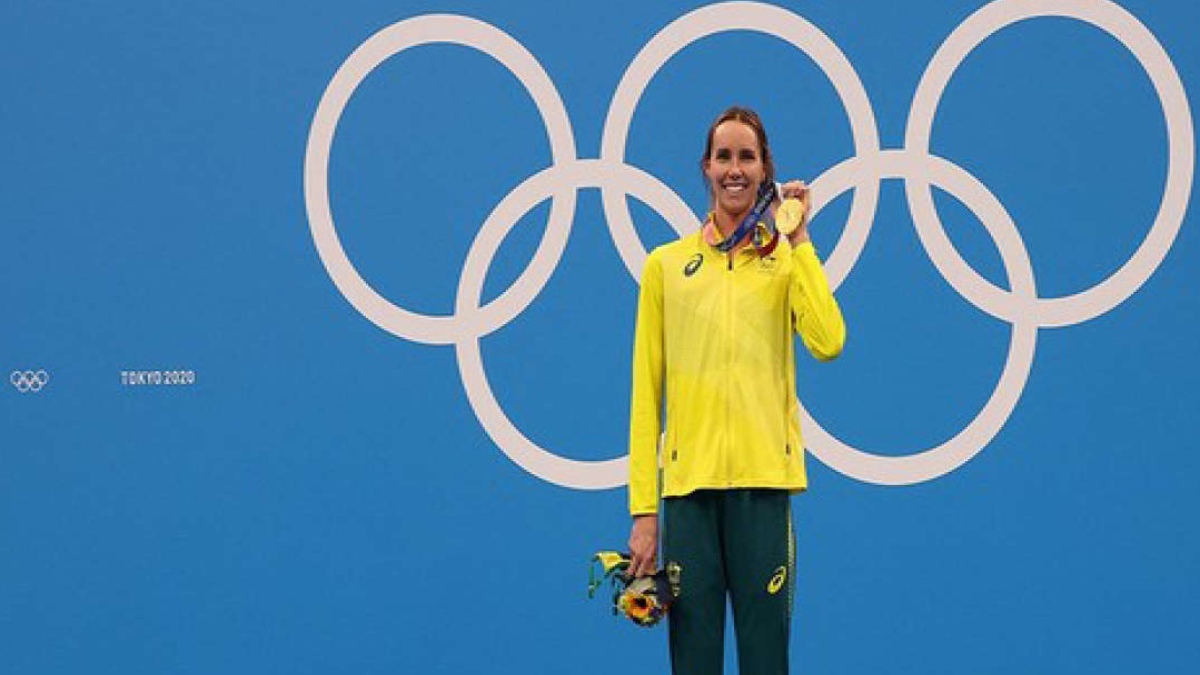 In a close race, the Australian team of Kaylee McKeown, Chelsea Hodges, Emma McKeon, Cate Campbell won the race with a new Olympic record time of 3:51.60, pushing the USA into second. The USA quartet finished at a time of 3:51.73 while Canada claimed the bronze in 3:52.60. This was McKeon’s seventh medal at the Tokyo 2020 Olympics, a feat that no other female swimmer has ever achieved at a single Games.

27-year-old McKeon has now won four gold in Tokyo along with three bronze, overtaking East German Kristin Otto’s six medal-haul in 1952 which was later matched by American Natalie Coughlin in 2008.

Earlier on Saturday, United States’ swimming great Katie Ledecky won her record sixth individual gold and 10th Olympic medal of her career after topping the podium in the women’s 800m freestyle. Katie Ledecky still remains undefeated in every 800-meter freestyle race she’s competed in for 11 years. Ledecky touched the wall in 8:12.57. Ariarne Titmus of Australia won the silver and Simona Quadarella of Italy took the bronze.

PRESSURE WILL BE ON AUSTRALIA IN QUARTER-FINAL MATCH, SAYS INDIA COACH MARIJNE 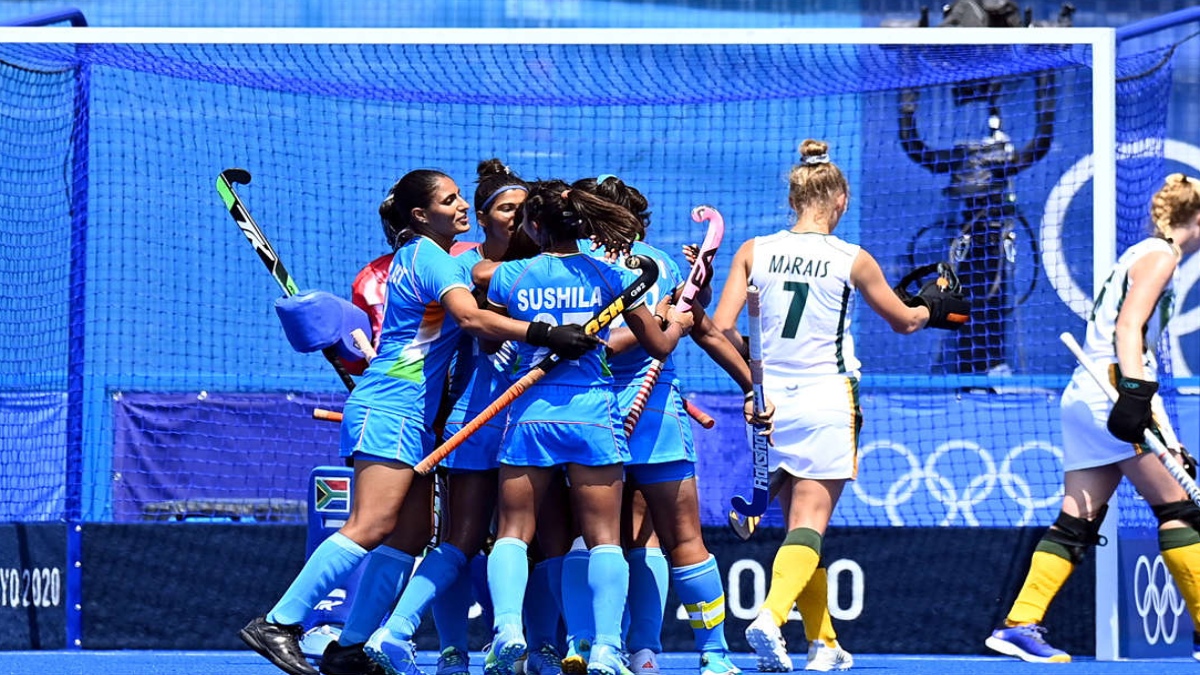 After securing back-to-back wins over Ireland and South Africa in their final two games in the Group Stage, the India women’s hockey team claimed the fourth position in Pool A to qualify for their maiden appearance in an Olympic quarter-final.

Team India will come up against Pool B toppers Australia, who have emerged from the Group Stage with a 100 per cent record of five wins in five matches. Chief coach Sjoerd Marijne believes the onus will be on Australia, heading into the quarter-final clash on Monday. Marijne said, “The pressure will be on Australia as they are one of the highest-ranked teams in the competition. We will be able to play freely, which is very important for us.”“Our own focus is on approaching each game one at a time and to keep improving with every match. We have a training session today to stay in good rhythm ahead of the game, and then tomorrow we will take the field and try to express ourselves there,” he added.

After a slow start to their Olympic campaign; which began with losses against the Netherlands (5-1), Germany (2-0), and Great Britain 4-1), India made a late surge to defeat Ireland (1-0) and South Africa (4-3) back-to-back in their last two games in Pool A and book their place in the quarter-final.India will now come up against Australia in search of a semi-final spot in the Tokyo Olympics. The Australian team boasts the best defensive record thus far in the Tokyo Olympics, having conceded just one goal in the entire Group Stage and picking up an impressive 15 points out of 15.

However, Marijne insists that India must not get preoccupied with the strengths and weaknesses of the opposition ahead of the crucial match. He said, “We have to keep playing our game as we did in the Group Stage. We won our last two matches because we learnt from the mistakes we made early on and made improvements accordingly.”

“We have been creating a lot of chances throughout the competition, but our conversion of those chances has not been up to the mark. We need to get better in that department, while also giving away fewer chances to the opposition,” he added.

Team India captain Rani Rampal has led the team from the front so far in the Tokyo Olympics. Ahead of the quarter-final clash against Australia, Rani displayed full confidence in her team to emerge with a win against their mighty opponents.

“We showed a lot of character to win our last two games after facing disappointment early on in the Group Stage. Winning our matches against Ireland and South Africa while facing elimination speaks a lot about the determination and mentality of this team. Competing against a world-class team like Australia to get to the semi-final in the Olympics will require special performance from the team, and I am confident that we have the ability to achieve a special result. We will go into the game without putting too much pressure on ourselves and do what we do best – play hockey,” said Rani. 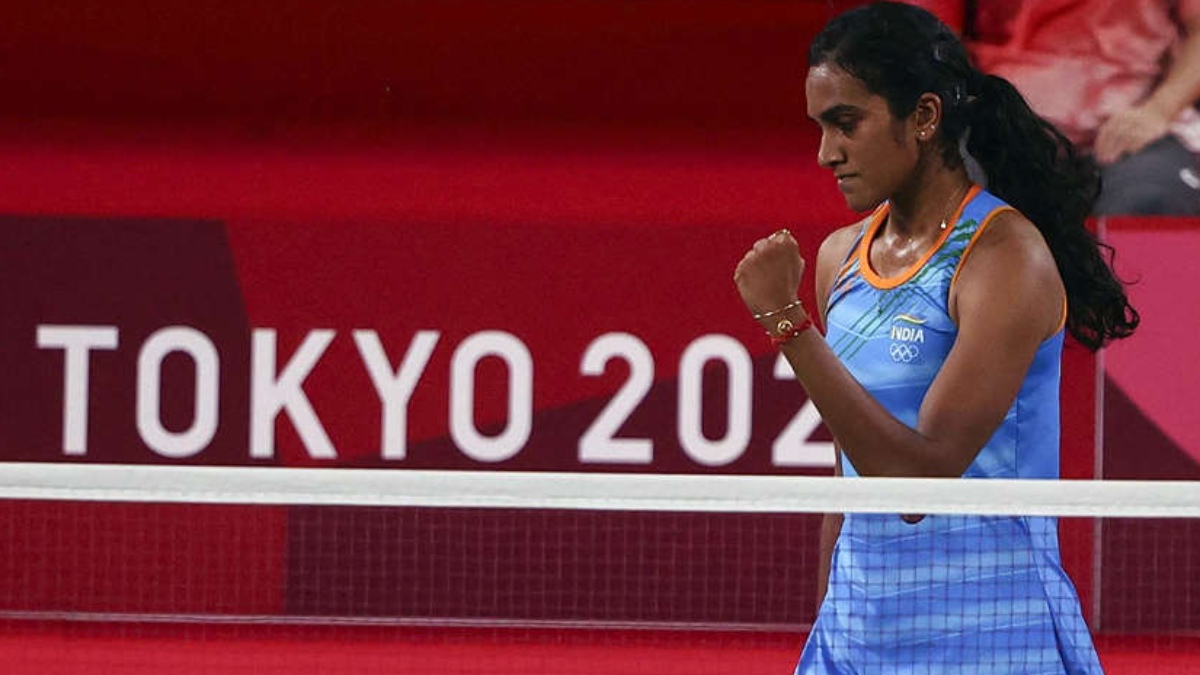 P.V. Sindhu plays a shot during her bronze medal match against Chinas He Bingjiao, in Tokyo on Sunday

“I want to thank the Government of India, Sports Authority of India and I am grateful to them for giving her the encouragement. I am happy that she has won a medal for the country. Playing the bronze medal match can be painful, yesterday I motivated her a lot, thank God, with the blessings of everyone, she has brought a medal. I am happy that she is the first Indian woman to win two consecutive medals at the Olympics. She has brought name and fame to the country,” Sindhu’s father Ramana told reporters here at a press conference.“Yesterday, I told her that you have given your best, just think you are giving me a gift and play on the court. She had tears in her eyes, good that she has recovered and come back. Overall, she was very aggressive on the court, I just told her to keep attacking,” he added.

Sindhu’s father also revealed that Sindhu would be coming to Delhi on August 3 and he plans to go to the national capital to receive her daughter.“I told her that I’ll come to Delhi, I think she is coming to Delhi on August 3. Olympics is not a small event where you get a medal, a medal is a medal. I am happy with the way she has worked. I am confident she will play next Olympics also. We have to get as many medals to the country. Sindhu is focused and she has that hunger. She enjoys the game. Sindhu is 26, with age you get more experience. I have seen that in the entire Tokyo Olympics,” said Ramana.Sindhu defeated Bing Jiao 21-13, 21-15 in the bronze medal match that lasted for 52 minutes. Sindhu had earlier returned with a silver medal at the Rio Olympics 2016.

The 26-year-old Sindhu is now just the second Indian athlete to win two individual Olympic medals. Wrestler Sushil Kumar also has two medals as he returned with a bronze medal at the Beijing Olympics 2008 and a silver at the London Olympics 2012. 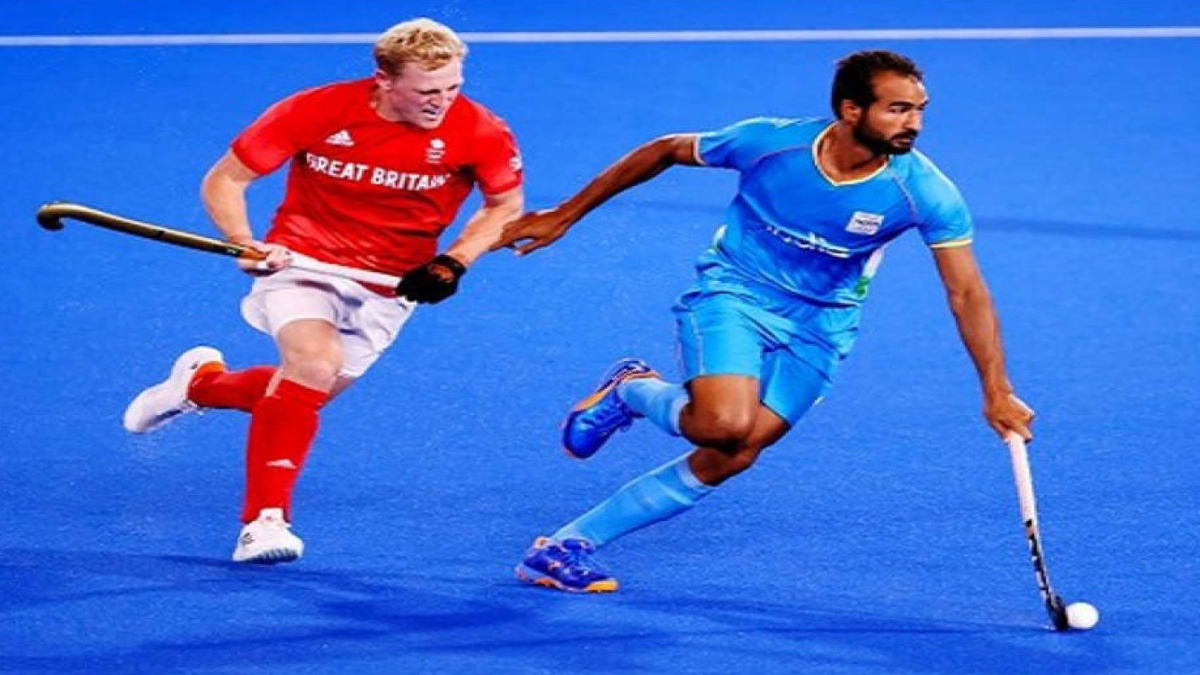 India men’s hockey team on Sunday reached the semi-final of the Olympics for the first time in 41 years as the team defeated Great Britain 3-1 to reach the semi-finals of the ongoing Tokyo Olympics.

A semi-final berth had eluded the Indian men’s hockey team since the 1980 Moscow Olympic Games where the team led by V Baskaran won the eighth Gold medal for India. Coming back to the game, India suffered a blow when skipper Manpreet Singh received a yellow card in the dying minutes, but Hardik scored in the 57th minute to extend India’s lead.

Dilpreet Singh got India off the mark early as he netted a goal in the seventh minute of the match. Simranjeet stole the possession and passed through England’s defenders to Dilpreet who gave India the lead. Gurjant Singh doubled the lead as he scored right at the start of the second quarter.

India maintained the lead and went to the second half of the game with a score of 2-0.

In the third quarter, Sam Ward gave Great Britain something to play for as he netted a goal in the dying minutes of the essay. Great Britain won three back-to-back penalty corners and finally converted the last one into the goal.Despite the goal, India went into the fourth and final quarter with a lead of 2-1 with a thrilling essay on cards for both sides.

In the final quarter, Great Britain tried hard to score a goal after breaching the Indian defence.

The side even won a penalty corner but PR Sreejesh made a fine save to keep India on top. Hardik scored in the closing stages as India defeated Great Britain 3-1 to reach the semi-finals of the Tokyo Olympics. The team will face Belgium in the semis.