At Dussehra rally, Uddhav takes dig at Eknath: ‘This time Ravan is different’ 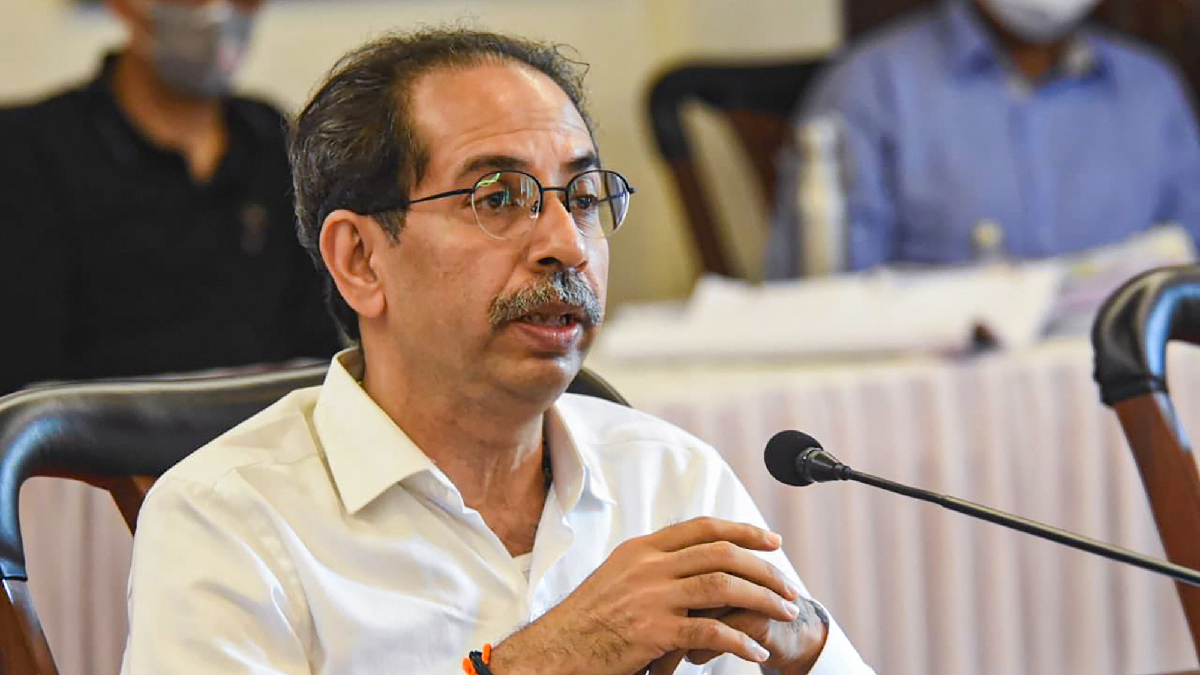 Dussehra rallies on Wedensday turned to be open battle grounds for Shiv Sena, led by Uddhav Thakeray and Eknath Shinde. Both the warring groups made political statements from their respective rallies, deviating from the rituals and religious fervour.
From the traditional Shivaji Park Dussehra rally, former Maharashtra Chief Minister Uddhav Thackeray took a dig at his bete noire the Chief Minister Eknath Shinde, sayng that “different Ravana will burn this time.”
“What will happen to Shiv Sena? Seeing the crowd here, the question now is, what will happen to the traitors? All have gathered together. Like every year, this time too Ravana will burn. But this time Ravana is different,” he told the crowd at Shivaji Park.
On the other hand, Shinde who was holding a parallel rally at the MMRDA grounds, a short way off from Thackeray’s home, Matoshree. For the first time since the Shiv Sena’s inception 56 years ago, two Dussehra rallies are being held in Mumbai by the rival factions.
Shinde, who toppled the Thackeray-led coalition government few months ago, shared a Hindi couplet by famous Hindi poet Harivansh Rai Bachchan that said whosoever is his heir will be his son and not the other way round. The reference of ‘heir’ was an indirect dig at Sena supremo and his son Aaditya Thackeray.
“My son, being my son will not be my heir, whoever will be my heir will be my son,” read Bachchan’s couplet posted by Shinde loosely translated from Hindi. Slamming Thackeray, Shinde said that if Balasaheb Thackeray had been alive, Narayan Rane would have become the CM.
“He (Uddhav Thackeray) didn’t feel ashamed of taking the Oath of CM. If Balasaheb Thackeray had been alive he would not have become CM, Balasaheb would have made Narayan Rane CM”, CM added.
Balasaheb Thackeray’s son Jaidev Thackeray came to show his support and shared the stage with Maharashtra CM Eknath Shinde during the Dussehra rally at Mumbai’s BKC ground on Wednesday. Extending support to CM Shinde, Jaidev Thackeray said, “Don’t leave Eknath Shinde alone. He is working for farmers and commoners”.
Maharashtra CM Eknath Shinde and leaders from his faction attended the Shiv Sena Dussehra rally on MMRDA ground.
Shinde paid tribute to Balasaheb Thackeray. ‘Shashtr pooja’ (worship of arms) was performed for the 51 feet sword for which a Mahant was called from Ayodhya in UP.
Shinde lambasted his former party leader Uddhav Thackeray over the alliance with Congress and called him a traitor. “Balasaheb Thackeray made an alliance with BJP. You did gaddari, we are not gaddar. You have committed a sin… go apologise to Balasaheb samadhi at Shivaji park”.