ASSAM, BENGAL RESULTS WILL IMPACT BOTH BJP’S STRATEGY AND OPPOSITION’S NEXT MOVE 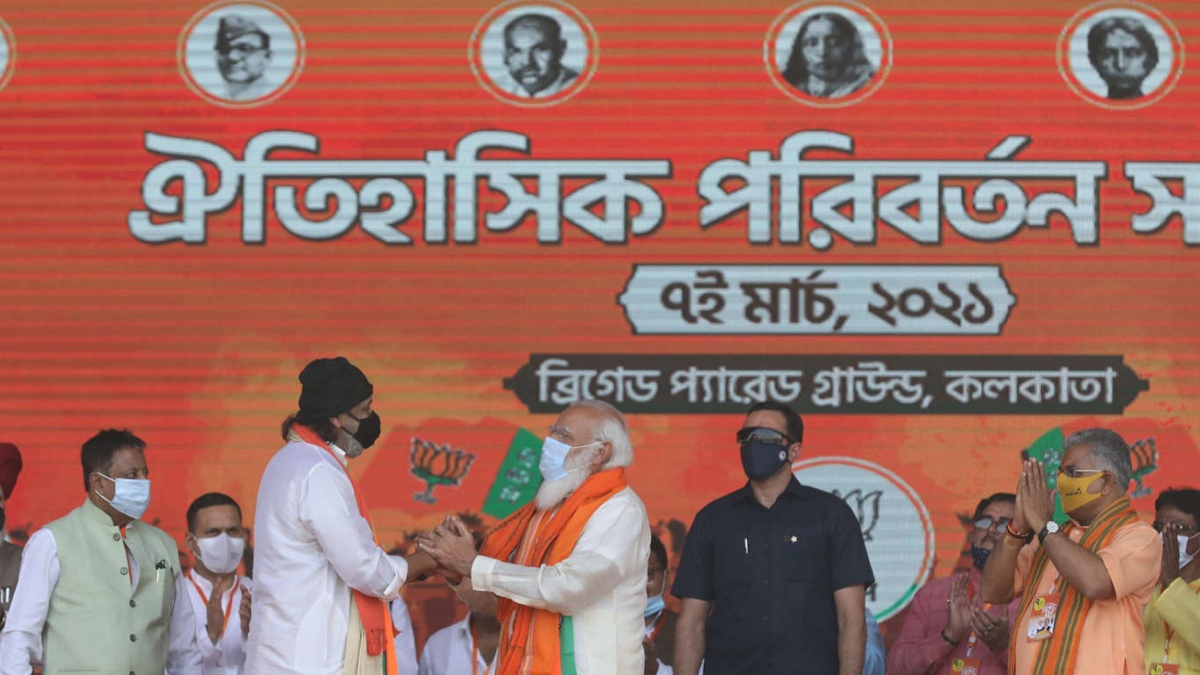 The heat is now on the next round of Assembly polls with Prime Minister Narendra Modi hitting the campaign trail in West Bengal and Assam. The fiercest battle is being fought in West Bengal where the sitting Chief Minister Mamata Banerjee is holding on to her state. However, the BJP has mounted a stiff challenge, with Amit Shah focusing on the state as soon as the 2019 elections got over. Not one to rest on his laurels, Amit Shah moved onto the next challenge and had begun campaigning in the state much before the polls were announced this year. The fact that the BJP can mount a significant challenge to Mamata Banerjee is testament of his hard work.

But the focus really is not as much as whom the BJP can defeat but how effectively can the Opposition stop the BJP juggernaut. Mamata Banerjee is making the Opposition proud by taking on the BJP’s challenge of contesting only from one constituency, Nandigram. Her political advisor Prashant Kishor has staked his reputation on her win saying that he will quit political strategising if Mamata loses West Bengal. (Of course he said this with his post West Bengal assignment in his pocket for Captain Amarinder Singh; CM Punjab has announced that he will be taking Kishor for the Punjab state polls slated soon.)

The other state that is getting headlines is Assam where the BJP has a sitting Chief Minister. However, this is also one state that is seeing the backlash of the move to implement the CAA and the NRC. The Congress has made some very smart alliances and this could worry the BJP, except for one thing: After the demise of Tarun Gogoi, the party lacks a charismatic CM face. The Chhattisgarh CM Bhupesh Baghel who has been made election observer has taken charge of the election management, and Congress leaders are hopeful of giving the BJP a good fight. Ironically while the Congress lacks a strong CM face, the BJP has a problem of plenty. For, there is the sitting CM Sarbananda Sonowal, and then there is Himanta Biswa Sarma who has both mass support and ambition. The BJP owes its presence in the Northeast largely to Sarma’s efforts but he is yet to be rewarded. Will there be a CM candidate change post the election results? That remains to be seen.

Congress’ former president Rahul Gandhi is focusing on the South, especially Kerala from where he is an MP. In Tamil Nadu, the Congress and the DMK took nearly three weeks to hammer out a seat-sharing arrangement, taking a call from Sonia Gandhi to the DMK chief M.K. Stalin to seal the deal. Negotiations were fierce as this is the alliance that is tipped to sweep to power. In both these states, the BJP is reduced to the role of a supporting cast, and in fact, if Amit Shah’s team is to be believed, after West Bengal, the Home Minister will then shift his focus to Tamil Nadu; but that’s another election.

So for now, as far as the BJP is concerned, keep your eyes firmly on West Bengal and Assam. The results here will impact not just the BJP strategy but also the Opposition’s next move. This is what makes these elections so significant.