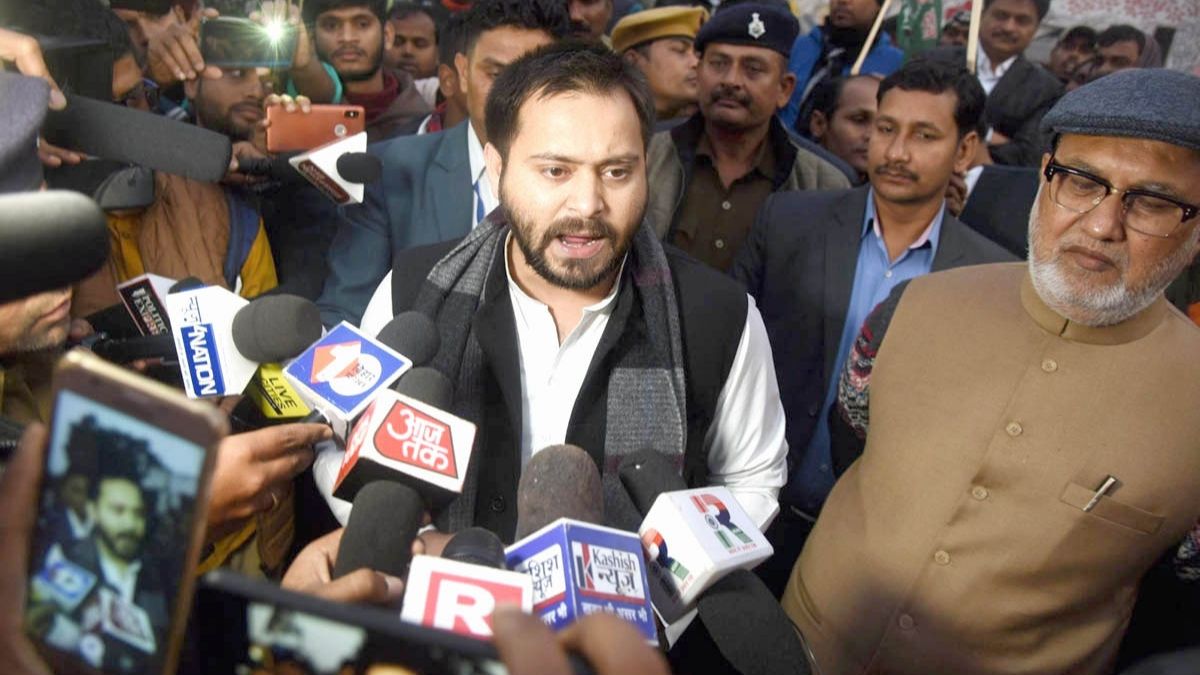 Furious and agitated over a triple murder case in the Gopalganj area of Bihar, Leader of Opposition Tejashwi Yadav has issued an ultimatum to Chief Minister Nitish Kumar and demanded action against accused Janata Dal-United (JD-U) MLA Amrender Kumar alias Pappu Pandey. He also warned the CM of mass agitations from Gopalganj to Patna if the accused is not arrested within two days.

“JD-U MLA Amrender Kumar is accused of murders. If no action is taken against him, there will be mass agitations from Patna to Gopalganj,” said Tejashwi. He also paid a visit to Rashtriya Janata Dal (RJD) leader J.P. Yadav who suffered bullet injuries and is currently undergoing treatment at Patna Medical College and Hospital in Patna. On Sunday, three armed men entered J.P. Yadav’s house in Gopalganj and fired heavily. Three persons — his father, mother and brother — died while he survived.

He alleged that it was done on the directions of the local JD-U MLA. Following pressure from the Opposition, the police swung into action and arrested two people including Mukesh Pandey (Chairman, Zila Parishad, Gopalganj) and Satish Pandey (elder brother of Amrender Pandey). The latter is also the main accused in the infamous Brij Bihari murder case.

ADG (headquarters) Jitendra Kumar said, “We have arrested two people in the triple-murder case in Gopalganj area and have registered FIR against MLA Pandey as well. We are investigating the matter.” Delay in the arrest of the accused MLA has generated much heat in Bihar’s politics. Opposition leaders are blaming Nitish Kumar for trying to shield his own MLA.

Meanwhile, the area was rocked again on Tuesday with yet another murder when Munna Tiwari, a close aide of the accused MLA, was shot by unidentified assailants. He died on the spot and the locals said that the murder was committed in retaliation.