Arjun, Parineeti were barred from meeting each other socially for ‘Sandeep Aur Pinky Faraar’ 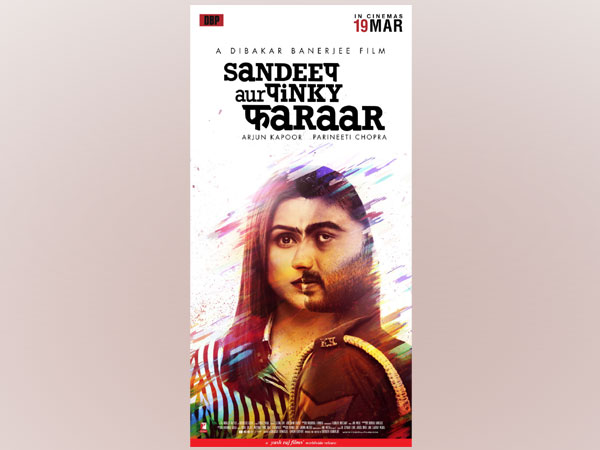 Mumbai (Maharashtra) [India], March 11 (ANI): Bollywood actors Arjun Kapoor and Parineeti Chopra, who will be seen pitted against each other as sworn enemies in Dibakar Banerjee’s ‘Sandeep Aur Pinky Faraar’, had to hate each other on-screen. Banerjee recently revealed that he took a drastic step to achieve this in the film.
The film-maker revealed, “No one looks pretty when your life is being choked out of you. No one looks their best when being slapped in the backseat of a car in the middle of nowhere in the dead of the night as a huge threatening stranger asks you questions you don’t know the answers to. There are many in India who know how this feels. But not Parineeti and Arjun.”
He added, “I had to figure a way of making them angry, bewildered and scared and alien to each other which is why I had to bar them from meeting each other socially till they met for the first time on the sets in character.”
Arjun brought his A-game on as his ferocity definitely scared his close friend Parineeti. Dibakar said, “I think Parineeti was genuinely scared as Arjun changed from the submissive driver to an aggressive and scared policeman losing his s**t and brandishing a gun and getting into the backseat, bellowing questions at her while slapping her. I could see it in her eyes in the close ups. I think our small workshop trick paid off well.”
The film ‘Sandeep Aur Pinky Faraar’ is being helmed by Dibakar Banerjee and produced by Aditya Chopra. Besides Arjun and Parineeti, the film also features Archana Puran Singh, Sanjay Mishra, Neena Gupta, and Pankaj Tripathi. The film is slated to release on March 19. (ANI)