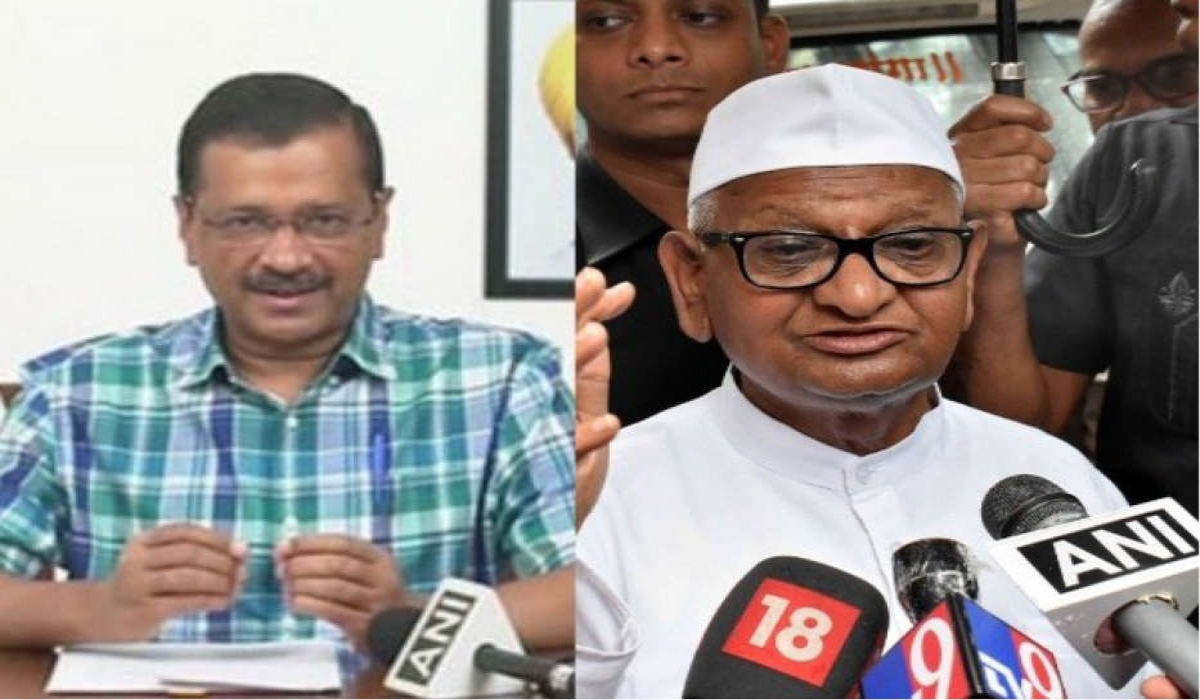 Amid the row over Delhi excise policy, social activist Anna Hazare has written to Delhi Chief Minister Arvind Kejriwal slamming him for getting intoxicated with power and forgetting the ideologies and values of the movement that created the Aam Aadmi Party (AAP).

According to him, Kejriwal after becoming Delhi CM has lost his ideology. Anna Hazare wrote, “This is the first time I am writing to you after you became Chief Minister. The recent news about the Delhi government on the liquor scam is disheartening. I have been inspired by Gandhiji and his ideology. Based on this, I have dedicated my life to the people, society and the country. For the last 47 years, I have been working towards the upliftment of society and corruption.”

“You had written the book titled ‘Swaraj’ where you wrote about ideals. There was a lot of hope from you then, but after going into politics and becoming the Chief Minister, you have forgotten the ideology. Just like alcohol intoxication, there is an intoxication of power also. It looks like you have drowned in the intoxication of power. (Aap Satta Ke Nashe Mein Doob Gaye Hain).”

Hazare also hit out against Delhi’s new excise policy, which he said encouraged the sale and consumption of liquor. “Liquor shops were being opened in every corner of the city and it is very bad for the general public.”

Hazare cited protests he had led over liquor policies in Maharashtra. “Had expected a similar policy (like Maharashtra’s). But you didn’t do it. People seem to be trapped in a circle of money for power and power for money. It doesn’t suit a party that emerged from a major movement,” Hazare wrote.

The excise policy was passed in Chief Minister Arvind Kejriwal-led Delhi Cabinet in the middle of the deadly COVID-19 pandemic in 2021. The Delhi government’s version is that the policy was formulated to ensure the generation of optimum revenue, and eradicate the sale of spurious liquor or non-duty paid liquor in Delhi, besides improving user experience.

The CBI had filed a case against alleged corruption in the 2021-22 excise policy. The excise policy was subsequently withdrawn by the AAP government.﻿

Sisodia claims clean after CBI found nothing in his locker