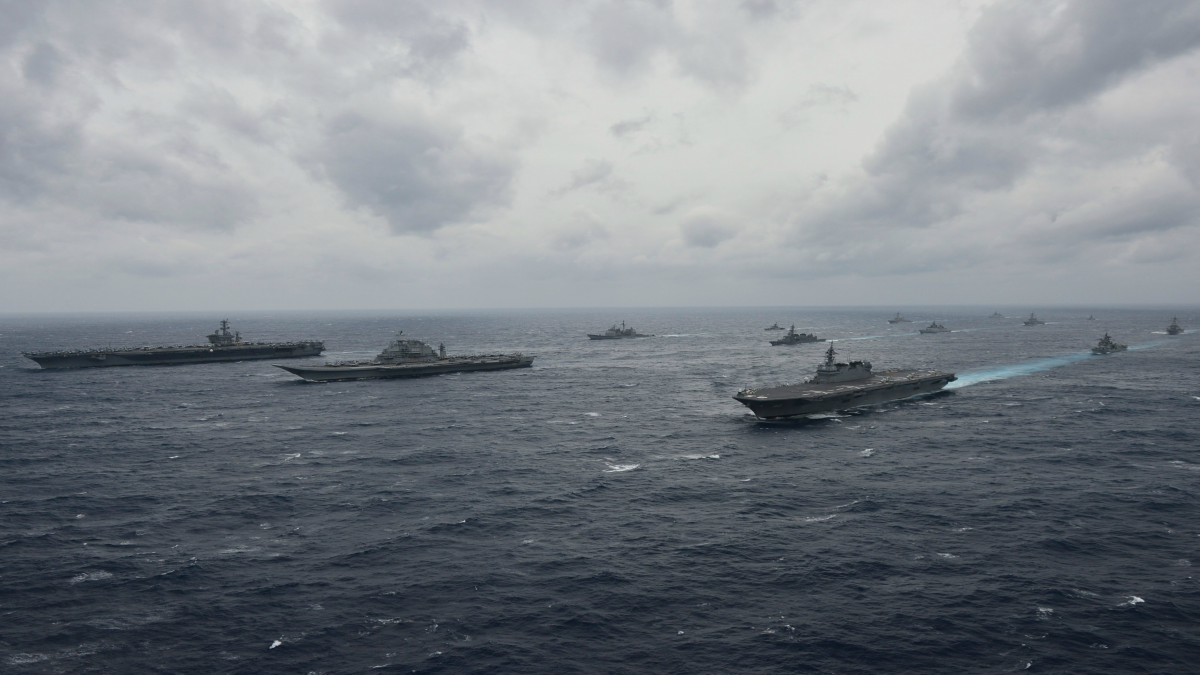 The Quad nations—comprising India, the US, Japan and Australia—are all set for annual naval drill Malabar Exercise in the Indian Ocean Region beginning Tuesday.

Coming amidst the ongoing standoff between the Indian and Chinese troops along the Line of Actual Control (LAC) in eastern Ladakh, the 24th edition of the Malabar naval exercise is a strong message to the Dragon to mend its aggressive ways, especially with Australia joining this naval drill this year.

“The 24th edition of the Malabar naval exercise is scheduled in two phases in November 2020,” said Indian Navy spokesperson Commander Vivek Madhwal. The officer said that Phase 1 of the exercise involving participation by the Indian Navy, United States Navy, Japan Maritime Self Defence Force, and Royal Australian Navy is set to be held off Visakhapatnam in the Bay of Bengal from 3 November to 6 November.

Phase 2 of the drill is scheduled to be conducted in the Arabian Sea in mid-November 2020.

The Malabar series of maritime exercises commenced in 1992 as a bilateral between the Indian and US navies. Japan joined in 2015. The 2020 edition will now witness the participation of Australia in this joint maritime exercise.

The Indian Navy participation in phase one will be led by Rear Admiral Sanjay Vatsayan, Flag Officer Commanding, Eastern Fleet.

The exercise, being conducted as a “non-contact, at sea only” exercise in view of the Covid-19 pandemic, will showcase the high-levels of synergy and coordination between the friendly navies, which is based on their shared values and commitment to an open, inclusive Indo-Pacific and a rules-based international order.

Covid caseload drops by 50% in Karnataka