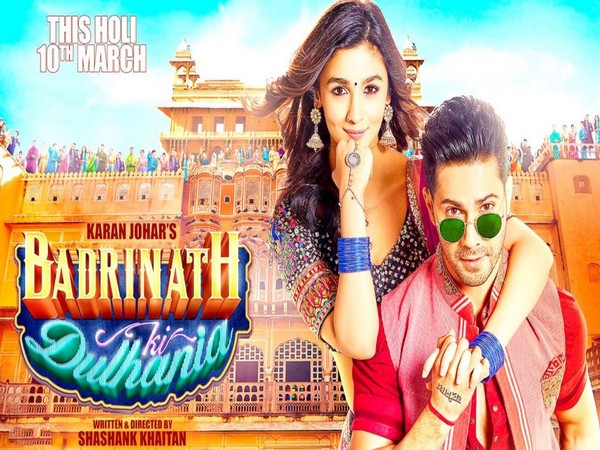 New Delhi [India], March 10 (ANI): Bollywood filmmaker Shashank Khaitan’s Alia Bhatt and Varun Dhawan starrer ‘Badrinath Ki Dulhania’ completed four glorious years on Wednesday. On the occasion, the trio came together over a video call and mentioned how they were secretly planning for part 3.
Alia took to her Instagram handle and shared a screenshot of the video chat that she had with her co-star and director. In it, she dropped a major hint that part three of the series is being planned. Alia wrote, “Here we are four years later secretly discussing part 3! Love you guys! Happy 4 Years to us.” 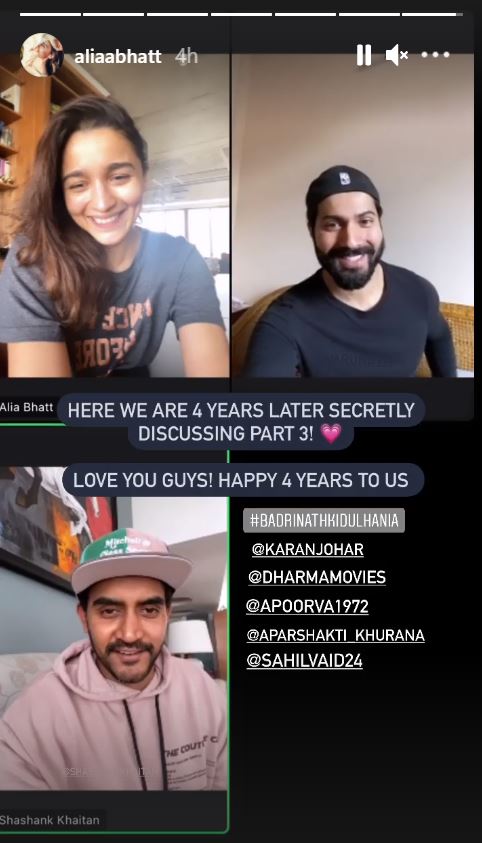 A similar post was shared by her co-star in the film on his Instagram stories. Along with that Varun wrote, “It’s four years of bkd. Discussing dulhania 3”. 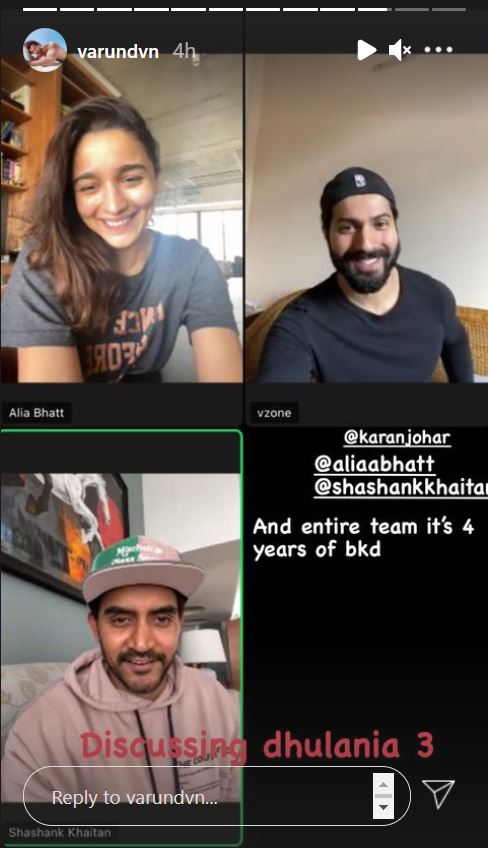 From their posts, it seems that the makers of ‘Badrinath Ki Dulhania’ are planning a third installment of the film and much like the first two parts, Alia and Varun will be the lead actors.
Prior to this, Alia and Varun shared a few Instagram stories, making a celebratory quip at the confusion regarding simple interest and compound interest that Varun’s character Badri had in the movie.
The romantic comedy, ‘Badrinath Ki Dulhania’ was released in theatres on March 10, 2017, and was produced by Karan Johar’s Dharma Productions. The film starring Alia Bhatt and Varun Dhawan in the lead roles was a sequel of ‘Humpty Sharma Ki Dulhania’, which released in 2014 and emerged successfully at the box office. (ANI)