NEW DELHI: Days after actor Kartik Aaryan was allegedly thrown out of Karan Johar’s Dostana 2, the latest gossip doing the rounds is that Akshay Kumar will be onboard the project.

While nothing has been confirmed yet, rumours suggest that Akshay Kumar has been roped in for Dostana 2 in place of Kartik Aaryan. According to a report, sources have claimed that Dharma Productions has requested Akki to join the film as it’s a ‘tricky situation’ for the makers with no lead in sight.

Quoting sources, the publication has reported that Karan Johar has personally requested the superstar to join the film and help him sail through as huge money is involved in it already. And in all probabilities, Akshay Kumar is likely to give his nod for Dostana 2.

Dostana 2 was announced in 2019 by Karan Johar.

MICHAEL KEATON TO RETURN AS BATMAN IN UPCOMING ‘THE FLASH’ MOVIE

SHEYKHAR RAVJIANI REVEALS WHY HE NAMED HIS RECENT SONG ‘RANG’ 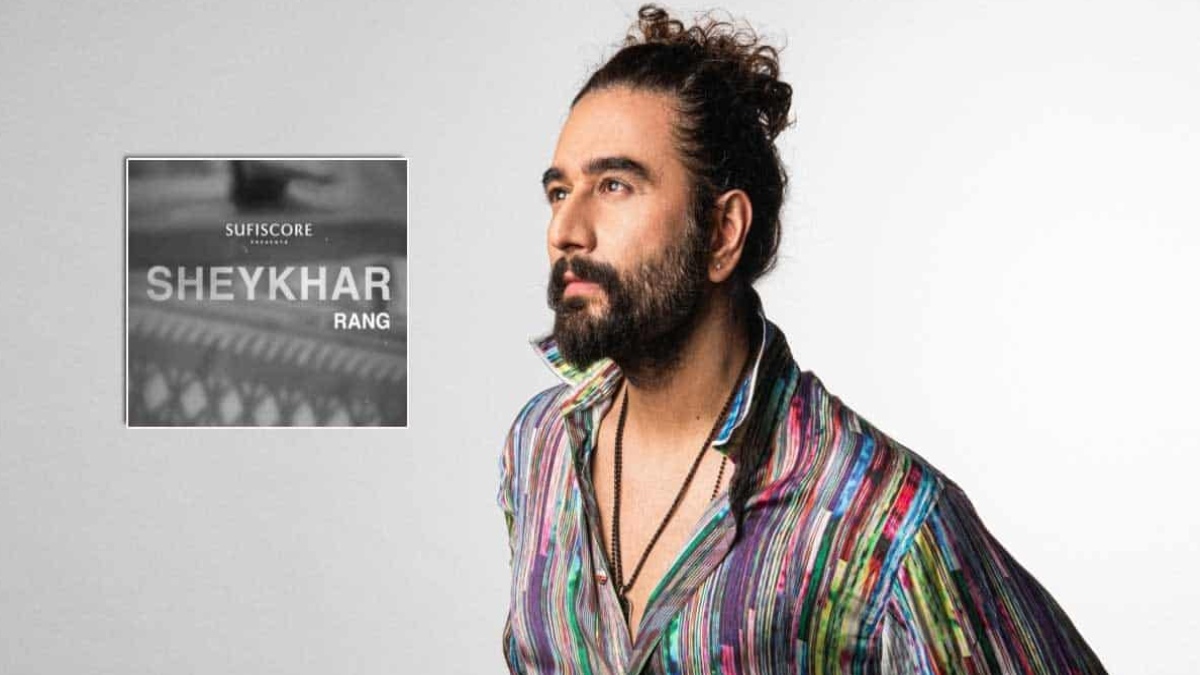 MUMBAI: Sheykhar Ravjiani is surely a force to reckon with when it comes to his soulful singing and magical compositions. The award-winning and multi-talented artist has always been one to push his boundaries and produce magical tracks for music lovers from across the globe.

Recently, the hit record singer-composer released the teaser of his upcoming project, Rang, which marked his foray into the world of non-film Hindi pop music. Ask the man with a magical voice why he chose to title his track Rang and he says “In the past couple of years during the lockdown, when everything felt dark, the one thing that brought light and colour into my life as always, was music. While I composed a number of songs during this time, ‘Rang’ was a song that resonated the most as it has the essence of a classic, it was a song that took me back to who I was before the world told me who I should be. I remember playing Rang for my mother who listened to it repeatedly with so much happiness in her eyes, that’s when I knew that the world needs to hear this track too.” 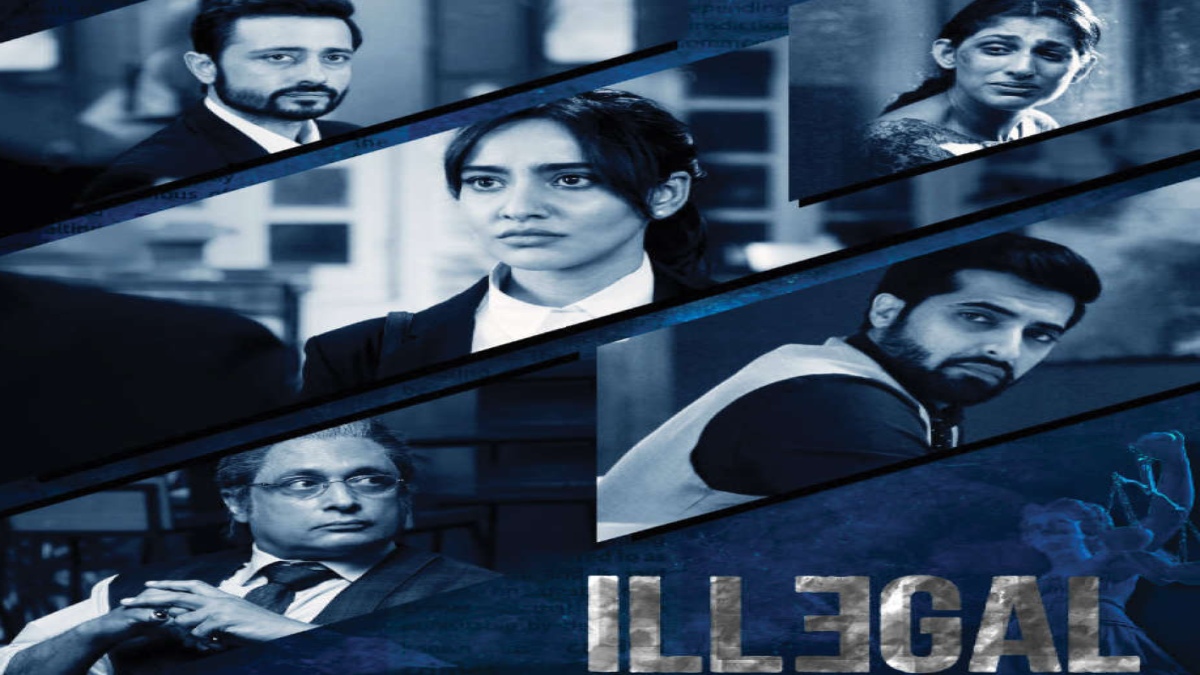 Towards the end of the film Section 375, a female lawyer tells her mentor, “Sir, I don’t think that the justice was served.” The senior lawyer retorts, “We are not in the business of justice. We are in the business of law.” The lawyer’s remark makes it absolutely clear that justice and law are not synonymous. At the end of the day, all laws are subject to human interpretation and a good lawyer understands that there are enough provisions and technicalities to be toyed around with. It all boils down to one thing—whether you can prove it in the court of law. ‘Illegal 2,’ the second season of the Voot Select series ‘Illegal,’ elevates the high stakes showdown between Niharika Singh (played by Neha Sharma) and her former mentor-turned-adversary Janardhan Jaitley (essayed by Piyush Misra) to the next level as the idealistic Niharika navigates contentious legal cases, high profile rivalries and a complex personal life while trying to establish her new firm which she has started in partnership with her adversary from the first season, Puneet Tandon (portrayed Satyadeep Mishra). Directed by Bollywood veteran Ashwini Chaudhary, ‘Illegal 2’ also stars Akshay Oberoi, Parul Gulati, Tanuj Virwani, Sonnalli Seygall, and Achint Kaur.

The first season of ‘Illegal’ had ended with the promise of a rather sadistic and macabre revenge arc with Deepak Tijori’s character orchestrating the kidnapping of his illegitimate daughter Niharika in order to punish her for framing his rapist son. But ‘Illegal 2’ abandons that storyline as we get to learn that Niharika’s father had succumbed to a massive heart attack. Instead, the second season of the show seems invested in exploring the mentor v/s mentee battle between Janardhan Jaitley and Niharika Singh with the former embarking on an ambitious campaign to be the next Chief Minister of Delhi and the latter starting her own firm. Other than following their rivalry, the season also endeavors to offer an insider’s look at the treacherous world of unscrupulous lawyers, manipulative business moguls, and incorrigibly dirty politicians. The big question, however, always remains: will justice ever be served in the world of law?

Now, over the years, we have seen a lot of Indian films and series set in a courtroom making a mockery out of the judicial processes. We all have seen legal dramas which are all about loud dialogues and histrionics. And wherein the courtrooms are depicted as circuses and the judges are supposed to be ring masters yelling “Order! Order!” again and again. But all that has been changing gradually with filmmakers striving for realism in place of melodrama. In recent times, we have witnessed a decent number of well-made courtroom dramas which have brought some dignity to the genre. Speaking of ‘Illegal,’ the series isn’t essentially a courtroom drama as most of the events unfold outside the courtroom. It can be more appropriately called a legal drama. The same is true of ‘Illegal 2’. Interestingly, the show is at its best when it explores the personal lives of the characters: be it Janardhan Jaitley, Niharika Singh, Puneet Tandon, or others.

In comparison to the first season, Neha Sharma’s acting in ‘Illegal 2’ suffers from some inconsistency. Niharika, most of time, is the quintessential damsel in distress and so when she suddenly unleashes her shrewd side to outwit her formidable adversaries, it’s a little difficult to accept her character as realistic as it’s intended to be. Sharma’s performance in the first season was far more consistent. Yes, Niharika is fast evolving as a ruthless professional in the legal arena, but the transition ought to have been a little more subtle. In comparison to Sharma, Piyush Mishra’s performance in ‘Illegal 2’ is far more measured than his over-the-top act in the first season. But the real star of the second season is Akshay Oberoi who is absolutely brilliant to watch in the role of Akshay Jaitley, Janardhan’s son. It’s a deeply nuanced performance with multiple layers. One ought to watch him in the Eros Now series ‘Flesh’ to truly appreciate his versatility as an actor. After the promise he offered in the first season, Satyadeep Dubey is terribly underutilised in ‘Illegal 2’. The same is true of Parul Gulati. Another standout performance comes from Achint Kaur who proves to be a real scene-stealer. Tanuj Virwani is also solid in his role.

Back in 2004, Star One used to air a legal drama series by the name of Siddhant with Pawan Shankar in the titular role. I personally learned so much about the Indian legal system watching that show as a teenager straight out of school. Also, it was thrilling to watch. Now, I don’t think that anything since then has come close to the brilliance of Siddhant as far as the long-form narrative is concerned (whether Indian television or web). The first season of ‘Illegal’ although not in the same class as Siddhant did a good job of tackling issues such as rape, capital punishment and euthanasia. As far as ‘Illegal 2’ is concerned, the show is both binge-worthy as well as thought-provoking despite some obvious shortcomings and flaws. And the credit goes to Ashwini Chaudhary and team for their fearless approach in examining juvenile justice, cybercrime and digital stalking, and the rise of toxic culture on social media platforms.