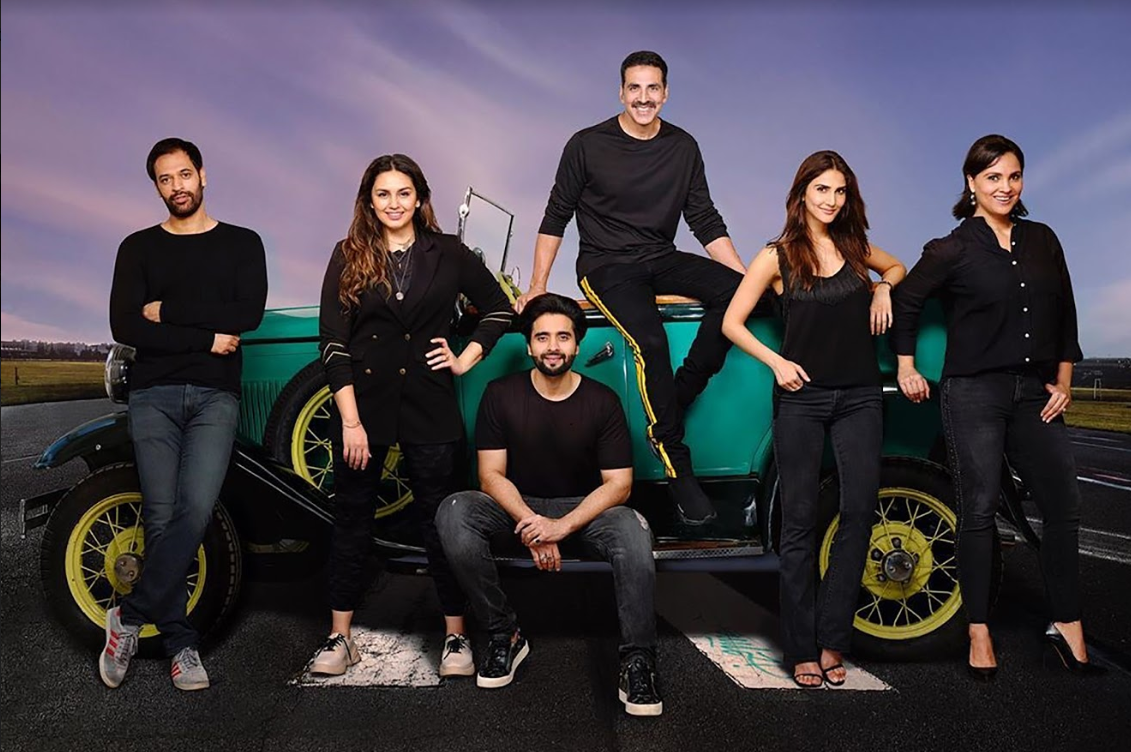 Akshay Kumar is called the “Khiladi of Bollywood” and he leaves no stone unturned to prove it time and again. As the film industry gears up to recover from Covid-induced lockdown and losses incurred due to a stall on shooting and production work, Akshay Kumar on Monday announced that his upcoming film Bell Bottom would go on floors next month in the UK. With this, the film will become the first-ever Hindi film to commence shooting on an international location after lockdown.

After introducing Vaani Kapoor as the leading lady, the actor revealed that Lara Dutta and Huma Qureshi would be joining the star cast. Sharing it on Instagram, Akshay wrote, “Looking forward to doing what we do best! Time we get back to work! ‘Bell Bottom’ to go on floors next month.” Vaani Kapoor shared, “Gearing up for better times ahead.

England team agrees to 15% Pay cut for one year 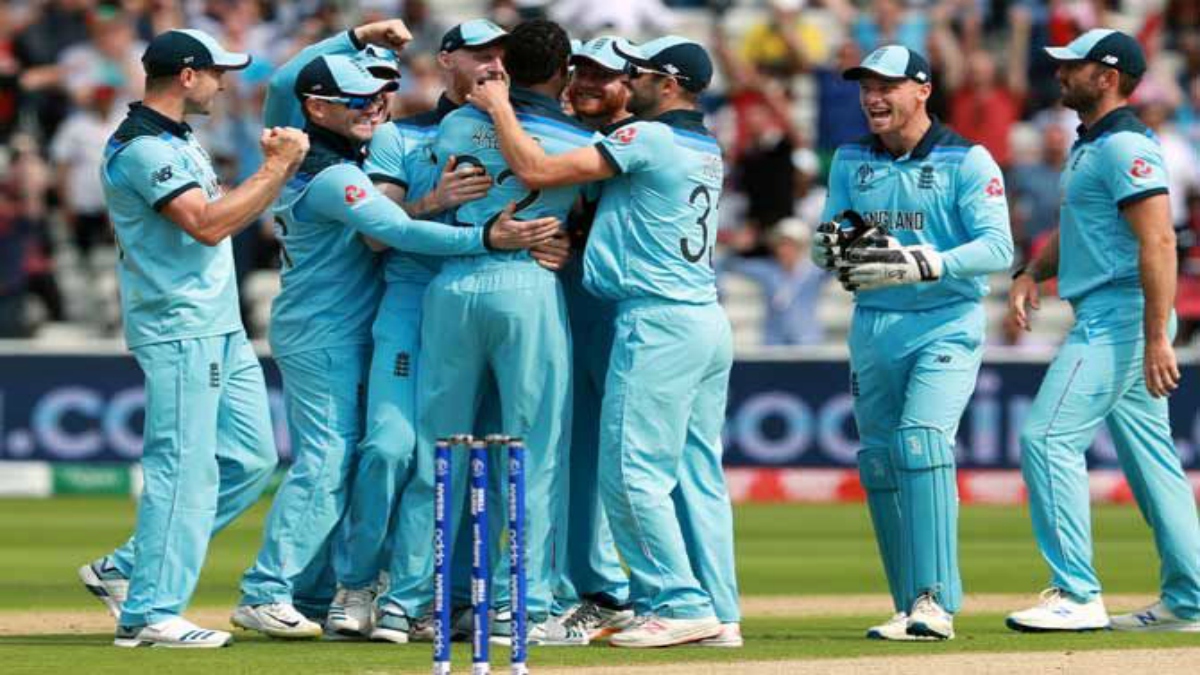 England men’s centrally contracted cricketers have agreed to a 15 per cent pay cut for a 12-month period from October 1, 2020, following an agreement between the England and Wales Cricket Board (ECB) and the Team England Player Partnership (TEPP) on Friday.

“In view of the substantial shortfall in the ECB’s revenue as a consequence of the COVID-19 pandemic, the England men’s players have agreed to take a 15% reduction in their remuneration, which is made up of retainers, match fees and win bonuses,” ECB said in a statement.

Earlier, ECB was forced to lay off 20 per cent of its workforce, a total of 62 roles, in response to a financial hit in excess of 100 million pounds for the 2020 season. Ashley Giles, Managing Director, England Men’s Cricket, said: “I would like to thank the players and TEPP for their collaboration, which has enabled us to reach this agreement. 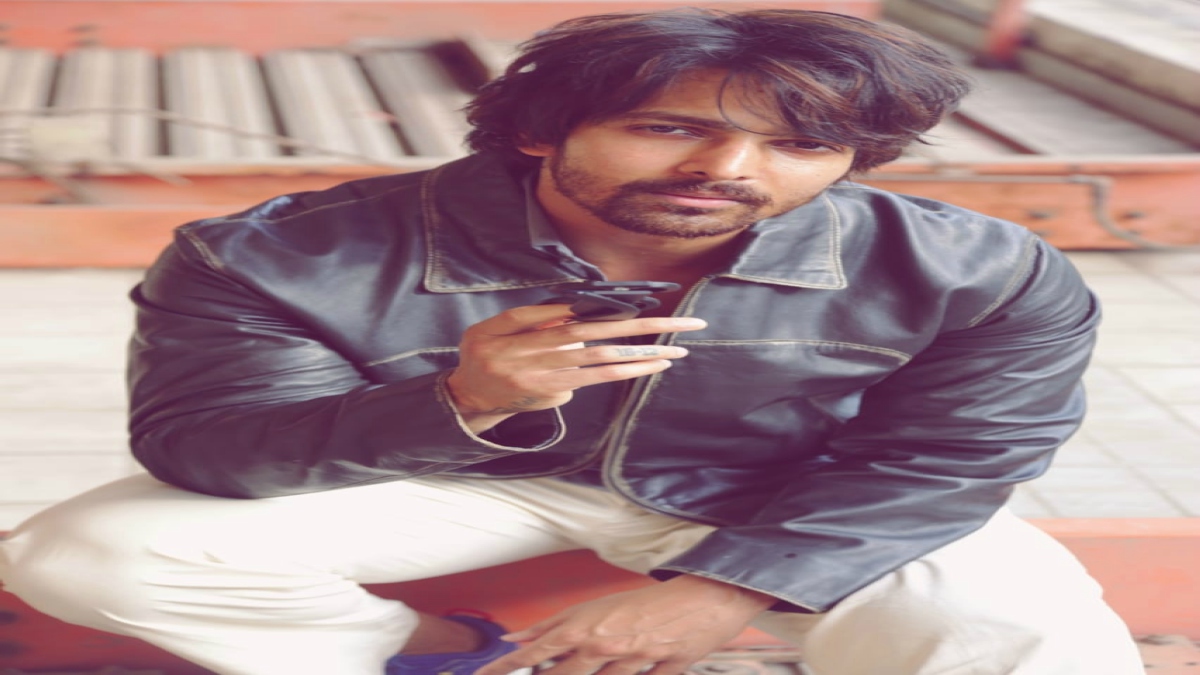 Ahead of the release of ‘Taish’, Harshvardhan Rane recalled dubbing for the teaser of the film while undergoing Covid treatment at a hospital in the city. “I was in ICu. It was not at all easy to dub there but I managed to do it using almost 12 blankets. When I asked for so many blankets my doctors got scared. They thought that I am feeling cold! I did not tell them that I needed the blankets for dubbing. I locked the room and told them that I’m changing. I immediately made a cave using blankets and turned off the heart rate monitor as it was creating a lot of noise. I put my phone on airplane mode and started recording. (Director) Bejoy Nambiar sir was apologetic. He did not want me to dub from the hospital. But, it was completely my choice. I did not want anyone to suffer due to me. I can do anything for work. Even if you tell me that I have to act from the hospital I will happily do it,” Harshvardhan told IANS.

Manoj Bajpayee slips into multiple disguises for his next 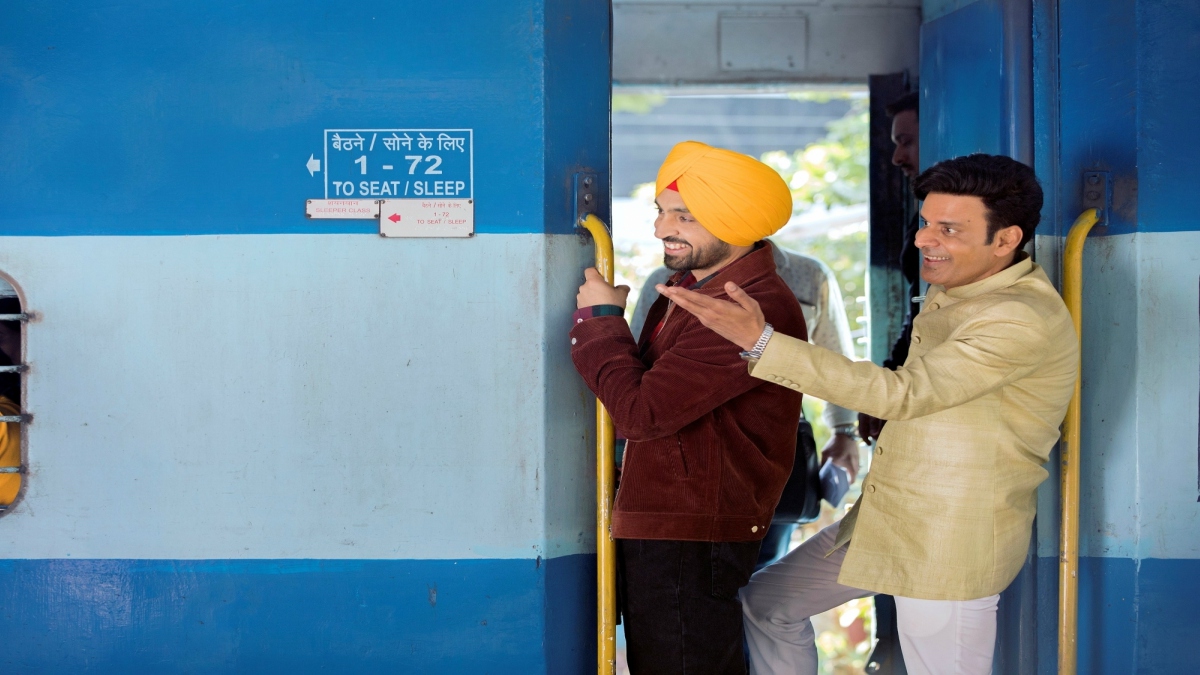 It would take actor Manoj Bajapayee over four hours to get ready for his numerous avatars in the upcoming film, ‘Suraj Pe Mangal Bhari’. The film, co-starring Diljit Dosanjh and Fatima Sana Shaikh, has Bajpayee playing a detective who habitually slips into multiple disguises.  In the trailer, the actor is seen in the guise of a beggar, an old dabbawala, a turbaned Sikh, and a Maharashtrian woman in a nauvari saree, prosthetic work in place. On Friday Bajpayee posted an Instagram video, created on time-lapse and showing the actor undergoing hours of dress-up procedure for his many looks in the film. “Here’s a sneak peek into the mystery surrounding the national man of mystery! #SurajPeMangalBhari releasing this Diwali,” he wrote as the caption. ‘Suraj Pe Mangal Bhari’ tells the story of a wedding detective agency that runs background checks on prospective grooms.

Bhumi is excited about ‘Durgavati’ 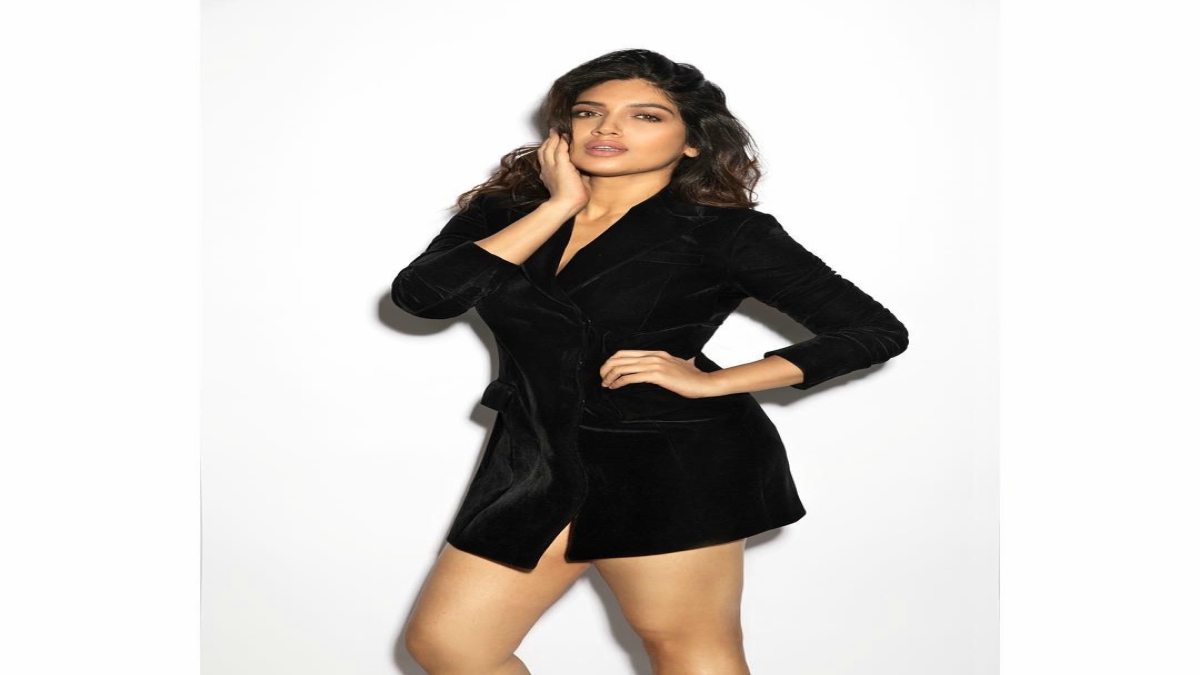 Bhumi Pednekar is gearing up for the heroine-centric film ‘Durgavati’. The wait is exciting as well as nerveracking because this is the first time she will be toplining a film alone. “It is the first time that I am helming a film alone and it is exciting as well as nerve-racking. There is a lot of responsibility on me,” said Bhumi. “I have always had a co-star to share the responsibility with, and now I am helming this film. I am really excited to see how people react to this. I have never looked like this. People have never seen me in this avatar,” she said about starring in the horror film.

Scarlett Johansson to star in ‘bride’ 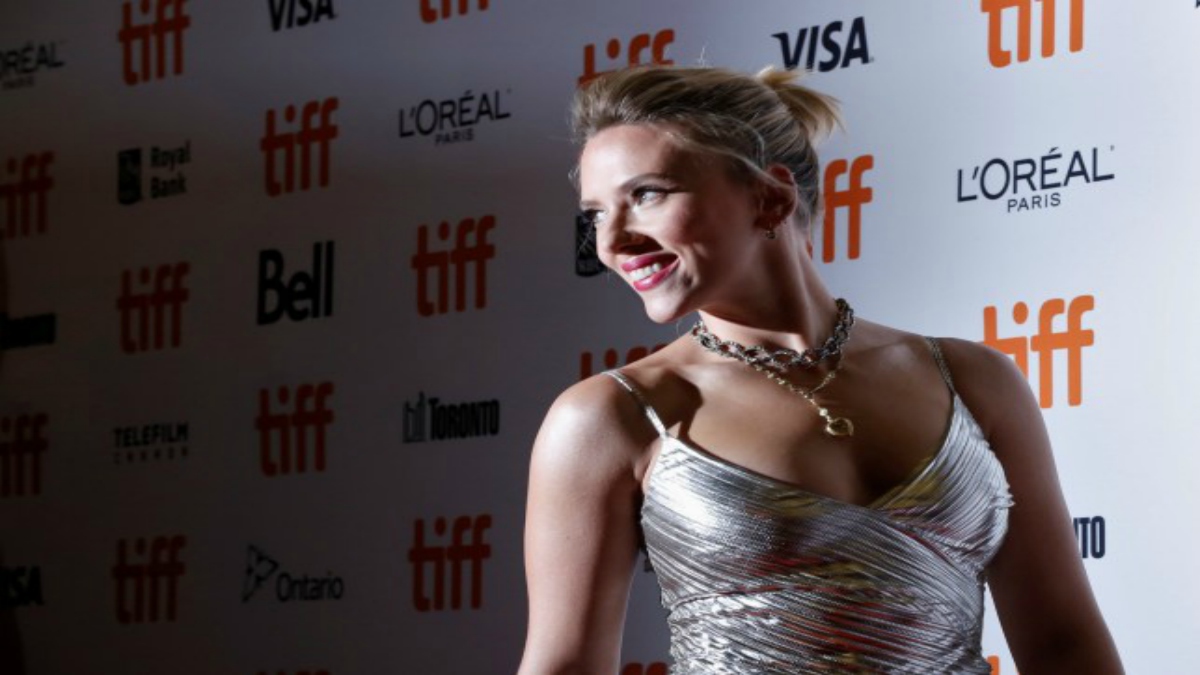 Scarlett Johansson will star in and produce the science-fiction drama, ‘Bride’, to be directed by writer-director Sebastian Lelio. Lelio, who won global acclaim directing the Oscar-winning film, ‘A Fantastic Woman’, will script the film with Lauren Schuker Blum and Rebecca Angelo, reports  variety.com. ‘Bride’ follows a woman created to be an ideal wife- an obsession of a brilliant entrepreneur. When she rejects her creator, she is forced to flee her confined existence, following which she has to confront a world that sees her as a monster. The film narrates how she finds her identity and strengths while on the run.

Neha’s wedding not a publicity stunt

The catchphrase ‘Nehu Da Vyah’ is taking social media by a storm. What initially seemed like a publicity stunt for Neha Kakkar and Rohanpreet Singh’s song ‘Nehu Da Vyah’ is turning out to be a real affair. Photos from Neha and Rohanpreet’s Mehendi and Haldi ceremony have surfaced online recently, making everyone finally believe that the singer-duo is tying the knot.  In one of the photos, Neha can be seen sitting on a couch and getting her Mehendi done. In another, she is posing with Rohanpreet and her family, who are all dressed in yellow attires.

With the Mehendi and Haldi ceremony almost done, it seems like the big day is not too far.  Recalling the day Rohanpreet proposed to her, Neha recently wrote on Instagram, “The day he proposed to me! Life is more beautiful with you.” She further shared a video from the day Rohanpreet made Neha meet his parents. Reports are rife that Neha and Rohanpreet will get married this weekend in a close-knit affair in Delhi and eventually host a reception in Punjab for family and friends.  Reacting to their wedding reports, Aditya Narayan, who hosted the latest season of ‘Indian Idol’ judged by Neha Kakkar, said, “Is she really getting married? I haven’t received the so-called wedding invitation.”

The actor turned singer added, “It’s all very strange because she met this guy for the first time when they shot a video together a few weeks ago. Is it possible for someone to meet and marry in a month? Neha is no giddy headed teenager. Significantly neither Neha Kakkar nor her alleged groom-to-be has made any statement about the supposed wedding. All I can say is, I do hope it’s happening. Otherwise, why have the two parties in the supposed wedding alliance slowed rumours and unconfirmed reports to go this far?” Meanwhile, Neha’s ex-boyfriend and actor Himansh Kohli told another news portal, “Well if Neha is indeed getting married, I am happy for her.

She’s moving on in her life, she has somebody and it’s great to see that.”   Amid the confusion, reports quoted Neha’s undisclosed friend saying , “ No she’s not getting married. The Rohanpreet rumour is just as phony as the earlier Aditya Narayan marriage hoax. I don’t know why Neha allows herself to be a part of such cheap publicity gimmicks. And more importantly, how and why do the media fall for it repeatedly.”