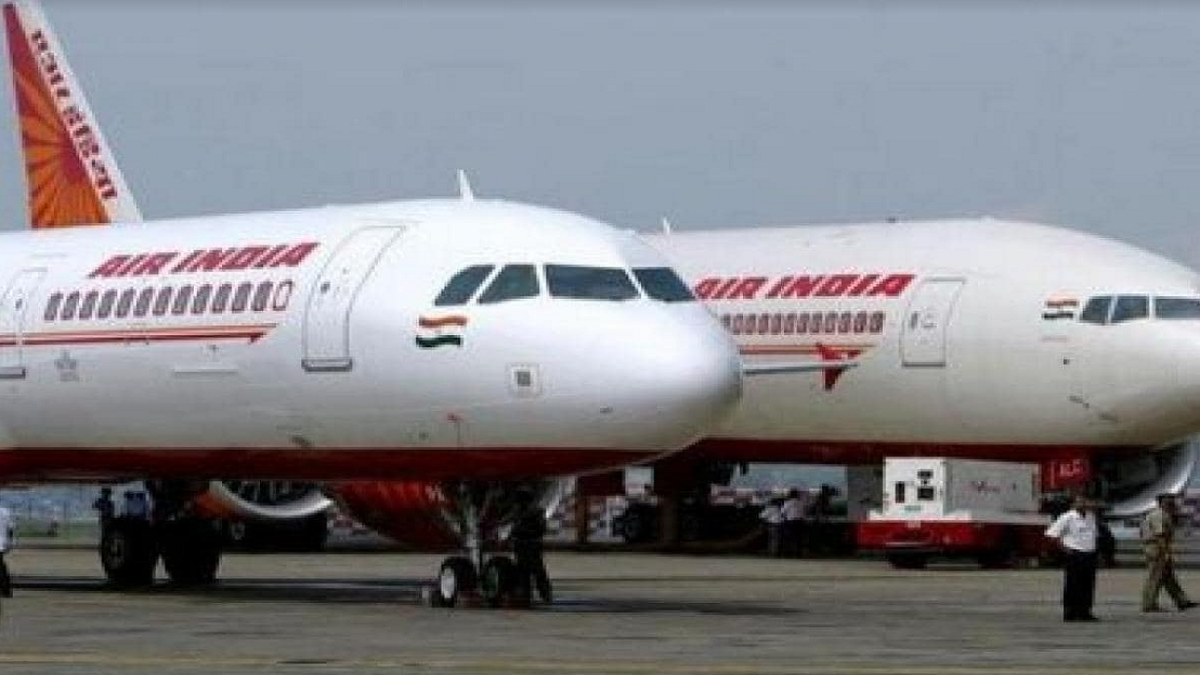 Air travel has emerged as the safest mode of conveyance during the Covid-19 pandemic as only 0.03% of total domestic passengers who flew between 25 May and 15 June were found to be corona-positive, as per the Ministry of Civil Aviation (MoCA) data. It has come at a time when the country is witnessing a massive spike in corona cases. A total of 341 passengers out of over 12.4 lakh passengers tested positive for Covid-19 who travelled by air in the given period.

Various states have conducted corona tests of passengers at arrivals as they have mandated compulsory Covid-19 testing for all arriving passengers while some states were testing only symptomatic passengers. This percentage is bringing some relief to passengers, airlines and other stakeholders as multiple steps were taken by stakeholders to ensure safe travel from check-in until arrival and minimise transmission risk.

So far, there has been no evidence of transmission of the infection on a flight. As per DGCA orders, airlines have been providing face shield, mask and gloves to passengers before boarding and PPE suit to the one in the middle seat. IndiGo has reported 186 passengers out of six lakh who tested Covid-positive, during health check-up at the destination airport, in this period.

Vistara has seen 17 passengers who later tested Covid-positive. Air India and its regional arm Alliance Air have seen 36 passengers who tested positive for Covid-19 in domestic flights. Airlines such as GoAir, SpiceJet, AirAsia and TruJet have recorded 15, 60, 22 and five coronapositive cases, respectively.

SADHGURU’S NEXT BOOK ‘KARMA’ TO BE LAUNCHED IN APRIL 2021 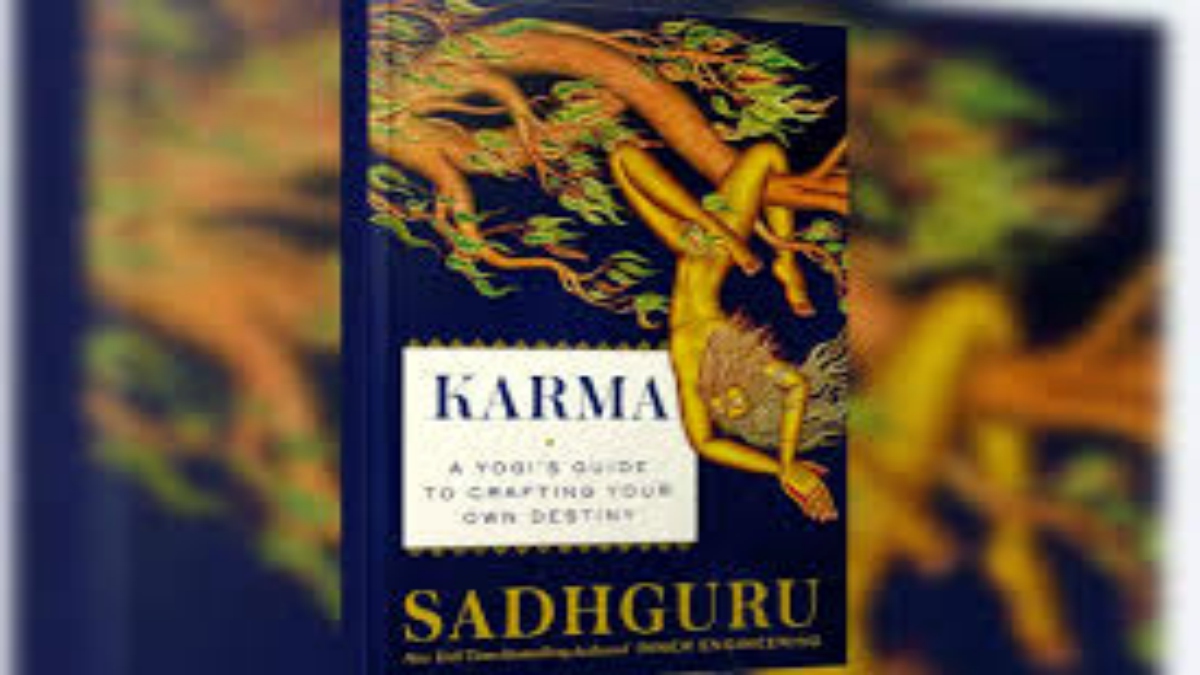 Penguin Random House, US, has acquired international rights for ‘Karma – A Yogi’s Guide to Creating Your Own Destiny,’ a new book authored by Sadhguru, founder, Isha Foundation. The world’s leading publishing house has offered a million-dollar advance for the book, a rarity that is only reserved for a handful of bestselling authors. Penguin Random House will publish and launch the book in the US and India in April 2021. In India, the first print will run over 1 lakh copies. ‘Karma’ is one of the most deeply ingrained concepts – although a much-maligned one – in the Indian psyche. Although most Indians accept karma as the governing principle of their lives, there are innumerable interpretations of the term, its power and function which has gradually acquired fatalistic connotations. Through this book, Sadhguru seeks to put the reader back in the driver’s seat, turning him from a terror-struck passenger to a confident driver navigating the course of his own destiny. The book is an exploration and a manual, restoring one’s understanding of karma to its original potential for freedom and empowerment instead of a source of entanglement. It is a manual on how to live intelligently and joyfully in a challenging world. Sadhguru, whose books have sold over 3 million copies, has written extensively on various aspects and dimensions of the spiritual process. Some of the most popular titles authored by him include Adiyogi: The Source of Yoga, Mystic’s Musings, A Taste of Well-Being and Body: The Greatest Gadget among many more. 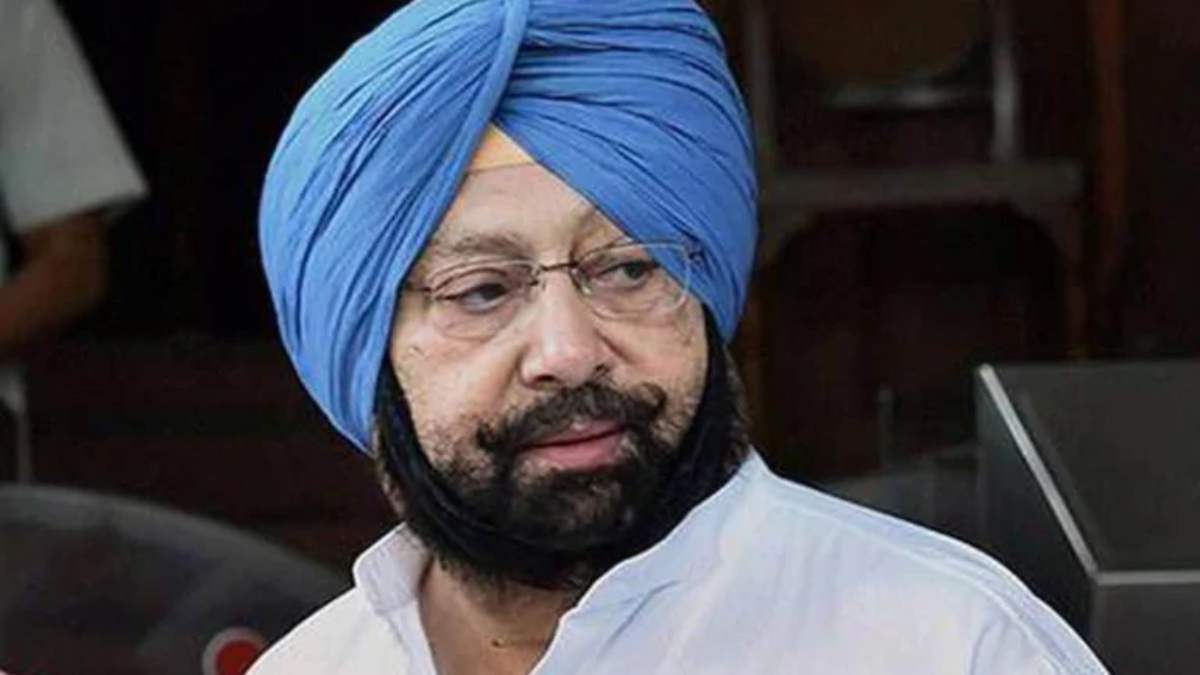 Punjab Chief Minister Captain Amarinder Singh on Friday charged the BJP with trying to divide the society on caste lines “to promote their political interests.” He also said that he would not allow them to impose their agenda on the state.

“I will not let them disturb the peaceful atmosphere of Punjab at any cost,” the Chief Minister said, pointing to the BJP’s attempt to take out a ‘Dalit Insaf Yatra’ on Thursday.

He said that they were trying to take out yatra without taking due permissions. These divisive tactics will never succeed in Punjab, whose people are happily living together for their collective progress, he added.

The BJP, said Captain Amarinder, had no moral right to talk about Dalit rights, which they had been brazenly trampling wherever they were in power. He said the statistics showed that Uttar Pradesh, under BJP rule, accounts for over 25% of the total cases of atrocities against SC people in the country, and had recorded the highest number of such incidents in 2018. “Is this your definition of justice for Dalits? Is this what you are offering the SC people of Punjab?” he asked the BJP.

The Chief Minister said the BJP, finding itself cornered over the farm laws, was indulging in theatrics and mis-propaganda with the sole motive of diverting public attention. The fact is that the party has completely failed the farmers and also the SC students, whom its national leadership had deprived of access to higher education by abruptly withdrawing from the central post-matric scholarship scheme, he said.

Captain Amarinder attributed the BJP’s attempted rally to the fact that “it is rattled over the state government’s successful launch of its scholarship scheme for SC students”. Despite suffering Rs 800 crore losses due to the “anti-Dalit” decision of the BJP-led Union Government, the cash-strapped Punjab government had not only introduced a new scheme – B R Ambedkar SC Post-Matric Scholarship – for SC students but even expanded its ambit to benefit more youngsters, he pointed out, adding that the BJP clearly could not digest this.

“We Punjabis will sacrifice anything, as we did during the freedom struggle, to protect our unity and integrity, which forms the ethos of the Indian Constitution,” the Chief Minister said, warning the BJP against continuing its agenda.

KARNATAKA: UG, PG AND DIPLOMA CLASSES TO BEGIN FROM 17 NOVEMBER 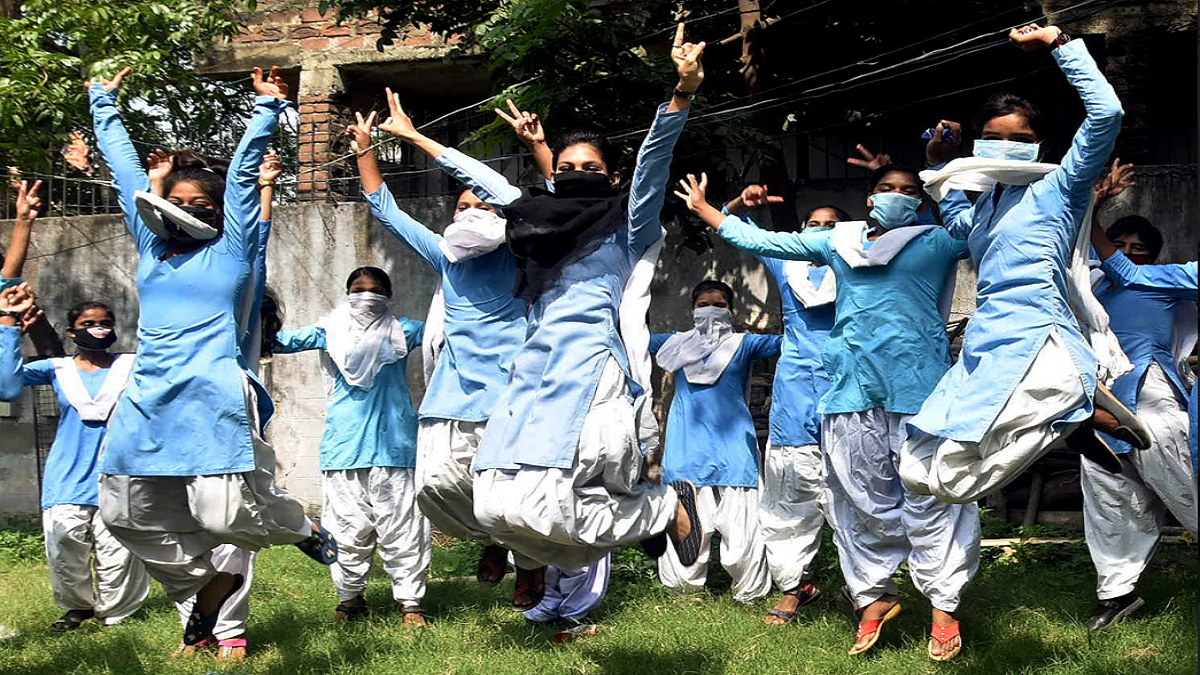 The Karnataka government has decided to begin the physical classes of higher education institutions from 17 November. Classes for undergraduate, postgraduate, engineering and diploma colleges will begin after Diwali. Deputy Chief Minister Dr. C. N. Ashwatha Narayana, who is also the minister for higher education, announced this on Friday after he made a presentation to the Chief Minister B. S. Yeddyurappa about the preparations being made by the concerned department towards this.

However, the students will be having the option of attending the classes physically or online. But for practical sessions, it will be mandatory for the students to attend physically. The decision is taken keeping in mind the interest of the future of the students. For those who want to attend the physical classes, a student’s consent letter and parent’s consent letters are necessary and also they have to register their names, he explained. Each college will be having a Covid-19 task force to ensure adherence to the SOP and guidelines while running the classes.Earlier, the government wanted to open the primary education institutions in the first stage and higher education in the later stage. But now, the government has changed this and decided to open the classes of higher education in the first stage, Ashwatha Narayana informed. The cooperation of various departments is sought and is necessary to run the classes. The departments of Social Welfare, OBC, Health, and Higher Education will be involved in this. The District Commissioners are told to take the required action, he told.

BJP wants its own CM, not Nitish Kumar: Asaduddin Owaisi 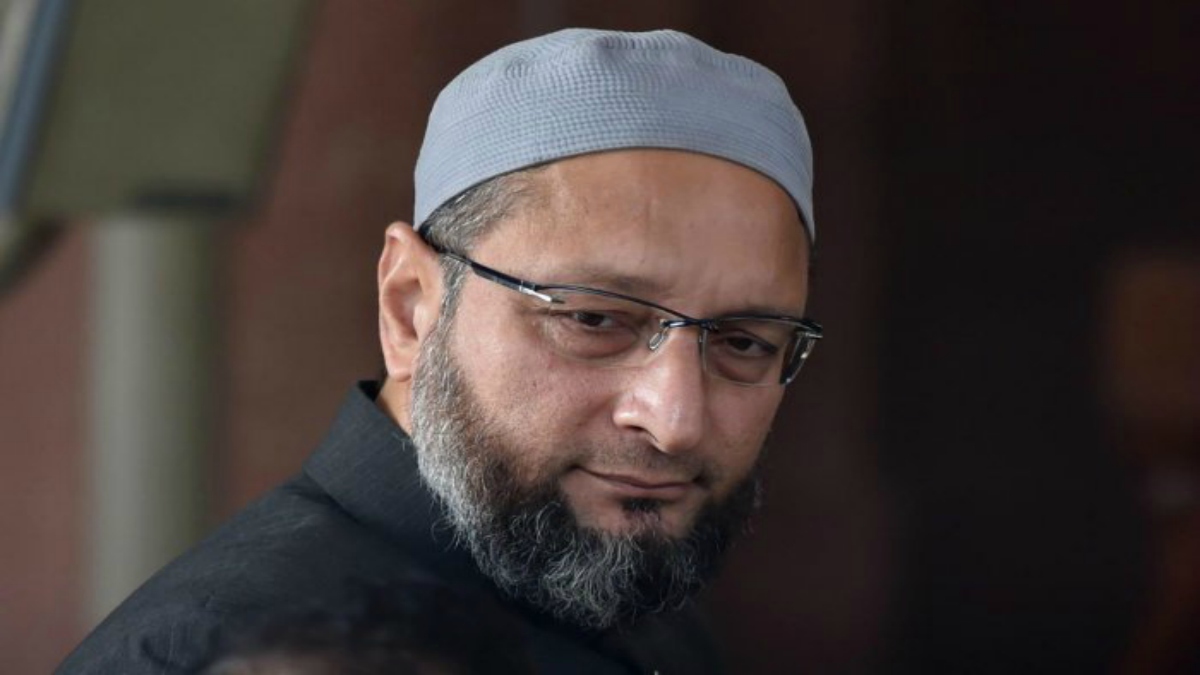 AIMIM chief and Hyderabad MP Asaduddin Owaisi, who has been trying hard to make his presence felt in Bihar Assembly elections, said that there is a political vacuum in the state. He further said that BJP, JDU, RJD and Congress failed the people of Bihar.

He told The Daily Guardian, “Bihar right now requires an alternative political voice for the betterment of the state, JD(U)-BJP-RJD-Congress combination failed the state. During the 15 years of Nitish Kumar or 15 years of the RJD, nothing has happened in terms of real development. BJP does not support Nitish Kumar. It wants a BJP person as CM in Bihar. BJP has been playing games with the people of Bihar.”

Further, Owaisi feels that Bihar CM Nitish Kumar is a non-performer CM. He added that Bihar needs better infrastructure, better governance, better hospitals, better education. He accused the present government of having failed to address the problems of migrant labor and unemployment.

He said that this time the people will definitely bless us. “We will stop BJP from coming to power. We don’t help BJP by cutting anti-incumbency votes. The RJD and Congress don’t have political conviction to defeat BJP. Mark my words, BJP does not want Nitish as CM. My goal is to bring our alliance to power”, Owaisi added further. AIMIM is contesting in 18 assembly seats in the elections. 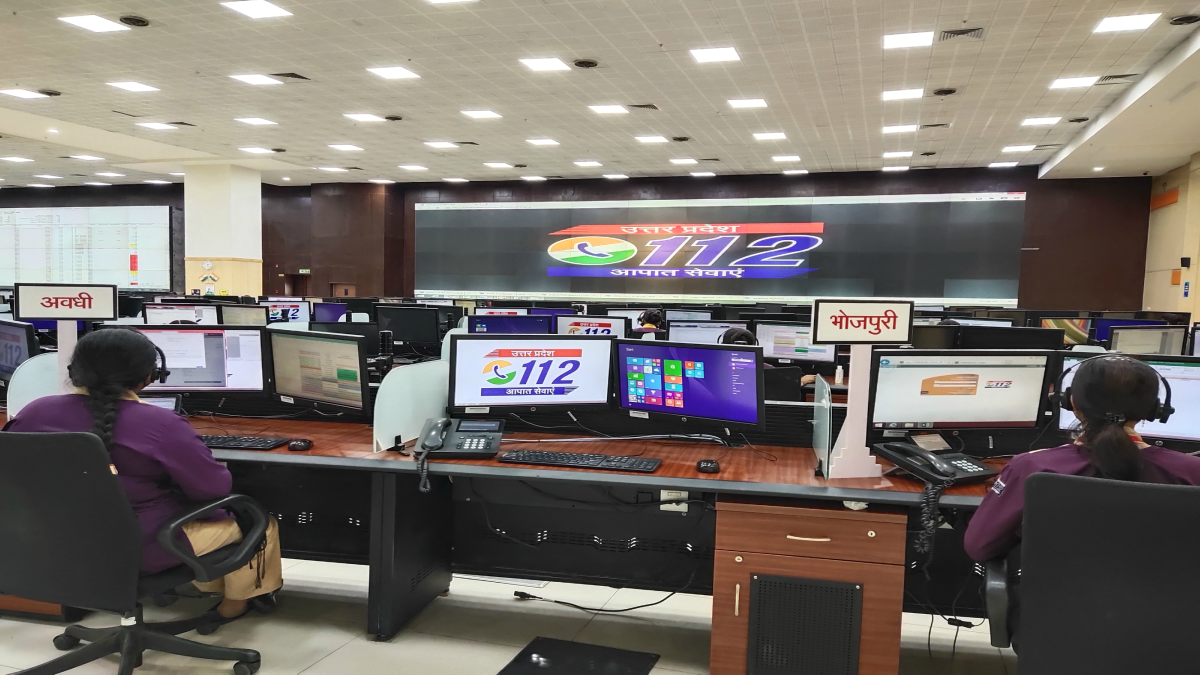 On the directions of Uttar Pradesh Chief Minister Yogi Adityanath, the 112 emergency helpline number that is manned by Uttar Pradesh police staff, will now have personnel who will be conversing with the assistance seekers in local dialects like Bhojpuri, Bundelkhandi, Awadhi and Bundeli. According to police officials, the CM directed the use of local dialects as many of the assistance seekers who call 112 are from the rural area and they do not feel comfortable while speaking in Hindi.

“On the directions of the CM, we are now deploying people who will be speaking in local dialects so that the assistance seeker can share his or her grievance without any hindrance and getting intimated”, IPS officer Asim Arun, ADG, 112 said. 112 helpline number, on average, gets close to 15000 calls every day.

“Woman complainants, especially from the rural area, feel more comfortable if the person is speaking in their native dialect. We have been executing several pro-people programs, this is one of them,” Arun stated.

CM Adityanath, who recently started ‘Mission Shakti’, a six-month drive to focus on women and children in the state, recently interacted with women village pradhans, block members and women teachers. During this exercise, a village head from Ballia district had requested the CM that women would feel more comfortable talking in their local dialect. 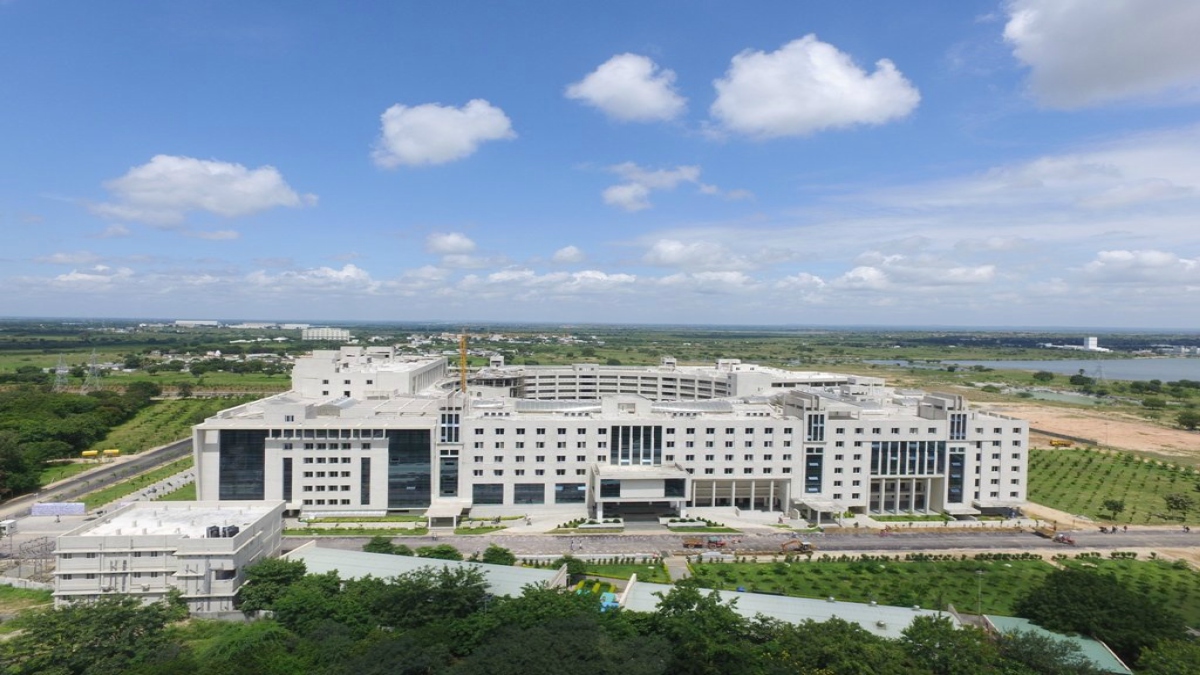 Gandhi Institute of Technology and Management (GITAM) University, which is said to be the largest private university in Telugu states, is facing massive land grabbing and encroachment charges.

According to some officials in Andhra Pradesh, the university, which is based in Visakhapatnam and has campuses in Hyderabad and Bangalore, has violated the laws of the land.

It has been found that the university authorities have constructed a compound wall and some structures in these encroached lands. Based on the RDO report, a Special Investigation Team (SIT) of the CID is also probing the matter.

The RDO report explains that the previous government had interesting transactions with GITAM management but did not take the land back since the university is very influential and had connections with the government heads.

It was in 1981 that the GITAM management applied to the state government for allotment of 71.15 acres of land in posh Rushikonda and Endada mandals for setting up of educational institutions.

Since the land was assigned for landless poor and in some legal dispute, the then government allotted the land to GITAM subject to certain conditions that it should purchase the lands as per the rate prescribed by the government after the settlement in the court or the government might take back the land and permanent structures should not be built until the dispute is over. But as per the report of officials, the GITAM violated all rules.

By 1996, the issue was settled in the court and GITAM had already constructed buildings on 14 acres and kept the 57 acres vacant.

Subsequently, the Chief Commissioner of Lands visited the university and said 49 acres are enough for this private University and the remaining land should be taken by the Government.

The then government took back 22 acres of land, Later, the then Naidu government handed over the entire land to the institute at a nominal rate of Rs 18,000 per acre. The actual price in that area is at least 10 crores per acre.

Now, the latest inquiry by RDO has revealed that the GITAM university was in illegal possession of nearly 40.51 acres of assigned land. The sources told The Daily Guardian that the Jagan Mohan Reddy government will act stringently on it as the CM is serious about the land disputes in the state.

The Jagan government will conduct a comprehensive land survey from 1st January 2021 in the state. The survey is conducted after 100 years to settle the land disputes permanently.