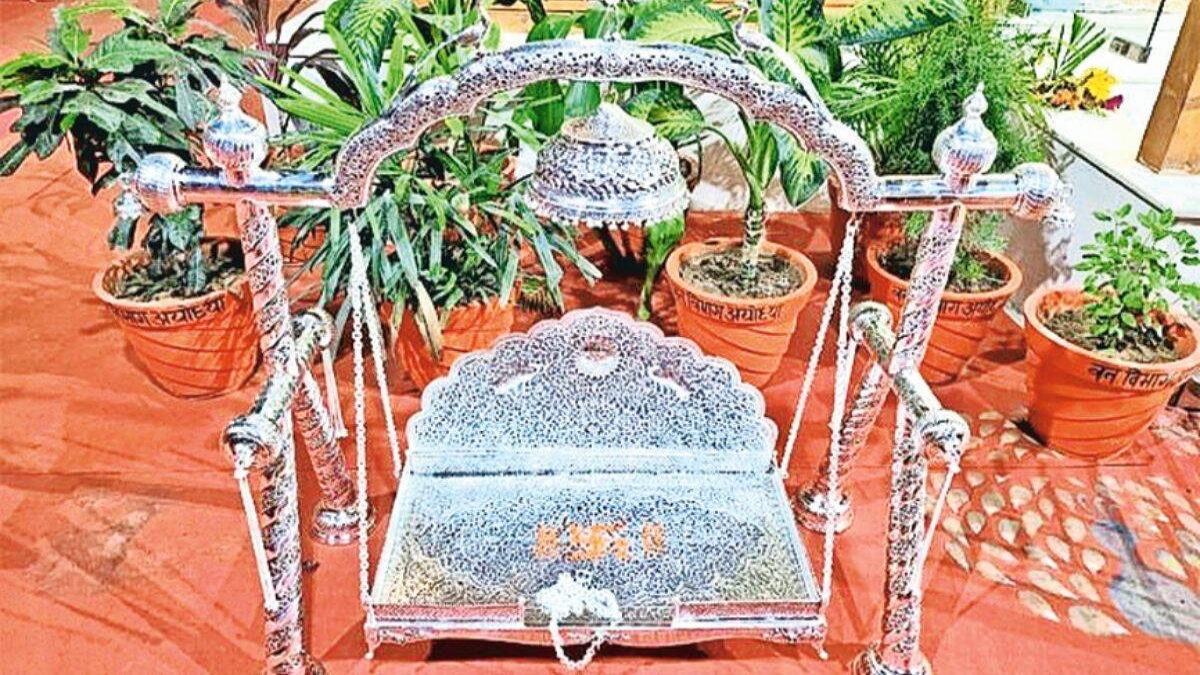 In Ayodhya, Ram Lalla sat on a silver jhula after around 500 years on Friday. Ram Lalla, who has been at a temporary “Garbhagriha” for a long time in the Ram Janmabhoomi complex, sat on a 21-kg silver swing. Shri Ram Teerth Kshetra Trust prepared a silver swing for Ram Lalla in Ayodhya.

The Jhulanotsav of Ramlala will continue till 22 August. Ram Lalla has been swinging on a swing every year from Panchami to Purnima of Sawan Shukla Paksha, but that swing was of wood. This time the Ramjanmabhoomi Teerth Kshetra Trust has prepared a silver swing.

According to Acharya Satyendradas, the chief priest of Ram Lalla, after special worship, the four brothers including Ram Lalla sat on the swing.

The Shri Ram Janmbhoomi Teerath Kshetra trust on Thursday tweeted from the official Twitter handle saying: “In Ayodhya, there is a tradition of Shravan Jhula Utsav. From Shravan Shukla Tritiya till Purnima, Bhagwan Shri Ram gives darshans on a jhula. Now this 21-kg silver jhula has been put in the seva of Bhagwan.”

Nag Panchami is also known as Sawan Ki Panchami and on this day Ram Lalla, along with his brothers, swing on a jhula. In Ayodhya, there is a tradition that on the fifth day of Shukla Paksha in Shravan month every year, Jhulanoutsav is celebrated in all math temples.