ACTORS WHO LEFT FOR HEAVENLY ABODE IN 2020 - The Daily Guardian

The year 2020 has undoubtedly been a bizarre and unprecedented year. Novel Coronavirus, a global pandemic pushed humans to lockdown, the economy stepping down and people caught in a dark world of isolation bringing fear and gloom. 2020 was also a year of loss as we lost many talented and prominent personalities from the world of showbiz.

From Bollywood actor Sushant Singh Rajput’s shocking suicide to Irrfan Khan and Rishi Kapoor both succumbed to cancer, this year of the pandemic has snatched many icons.

Ace actor Irrfan Khan’s demise on April 29 left the cinema industry and his fans devastated. The actor was 54 years of age at the time of his demise. Angrezi Medium was his last film. He died due to colon infection in Mumbai after a two-year-long battle. Maqbool, The Namesake and Hindi Medium, were some of his best movies given to the cinematic world.

Unmatched actor Rishi Kapoor succumbed to cancer on April 30. The 67-year-old actor was first diagnosed with cancer in the year 2018. The Legendary actor shot to fame with his debut film ‘Bobby’ and went on to star in many romantic films for three decades till the ‘90s. Mera Naam Joker, Do Dooni Chaar, Mulk, Agneepath, Henna and Bol Radha Bol were some of the superhit films from his larger than life career span.

Bollywood composer-singer Wajid Khan of the popular sibling composer duo- Sajid-Wajid passed away on June 1. The 42-year-old singer and composer died of a cardiac arrest. Sajid-Wajid shot to fame with the Salman Khan blockbuster Dabangg in 2010. The duo has several super hit songs in their musical career.

14 June marked the death of popular Bollywood actor Sushant Singh Rajput. The 34-year-old actor was found hanging in his Bandra apartment. His unnatural death resulted in a probe which had to be constituted to controversies revolving around his death. Three central agencies, came in to probe the suicide case and it is still going on. The late actor had become a household name after his debut in Ekta Kapoor’s TV show, Pavitra Rishta, in 2009. In 2013, he made his big-screen debut with Kai Po Che!. He was later seen in Shuddh Desi Romance, M.S. Dhoni: The Untold Story, Detective Byomkesh Bakshy!, Drive, Kedarnath, and Chhichhore. Dil Bechara was his last film which was released on the digital platform.

Veteran Bollywood Choreographer Saroj Khan passed away on July 3. The 71-year-old choreographer died due to cardiac arrest. Bollywood mourned the demise of the Master. She won the National Award thrice in her lifetime. In 2003, she received the honour for the song “Dola re dola” in “Devdas, ‘ye ishq haaye’ from the film ‘Jab We Met’. Her latest works included choreographing Kangana Ranaut in “Manikarnika” last year.

Another suicide news that shook the TV industry was the death of actor Sameer Sharma of Kahani Ghar Ghar Kii. The actor was found hanging at his Mumbai flat. While no suicide note was recovered from his apartment, it was suspected that he was going through mental health-related problems.Actor Asif Basra, known for his performance in Black Friday, died by suicide on 12 November at his residence in Dharamsala.

AK vs AK is a pretentious, self-indulgent film that offers little novelty

MUMBAI: The big Bollywood wedding of the year – Vicky Kaushal and Katrina Kaif wedding is turning out to be a never seen or heard before affair. It is true that there has been no confirmation from the stars themselves that they are a couple or that they are so much in love that they have decided to spend the rest of their lives together. While fans wait for VicKat to come out in the open, it may not happen until they do get married on December 9. In fact, they are laying down so many conditions for their guests that it is turning out to be a nightmare.

An industry insider who is on the guest list has revealed that every day there is a new condition or a rule that is sent their way by the team coordinating Katrina Kaif and Vicky Kaushal’s wedding. “I don’t know if it is their team that is hyperventilating about it all of it is the couple themselves who are getting a little too private with their wedding. Each new day brings a brand new condition that makes you fit to attend the wedding. It is a wedding for God’s sake, not a State secret that needs so much guarding,” rues the guests.

The guest further revealed that some of the conditions are downright offensive and insulting. “If you cannot trust your guests enough, and what them to abide by this and that, why even invite them?,” the guest questions. Sources say that mobile phones are not allowed beyond a point at the venue and guests are barred from taking any pictures and videos at the main venue. They are not allowed to post anything on social media without prior approval from VicKat’s teams.

WASHINGTON: Actor Priyanka Chopra Jonas during a recent podcast opened up about having a long-distance relationship with husband Nick Jonas, amid their busy work schedules. According to People magazine, the ‘Matrix Resurrections’ actor said, “This year has been really, really tough. It was really, really tough to be away from home for an entire year, especially at a time when you can’t travel to see your family.”

“Just the uncertainty of my mom and my brother being in India, my husband being in America while I was in the U.K. It just was so much uncertainty and that, to me, was terrifying of not being able to just get on a flight and travel, just in case something went wrong or something happened. But thankfully, you know, everyone was okay,” she continued.

The pair got engaged in July 2018 just two months after publicizing their relationship. They wed later that year in two separate ceremonies. Priyanka said being alone and away from her husband has been very challenging. But they have been making long-distance work the best way they could. She said, “We didn’t have a dramatic separation but because he was in and out, we had to be really careful. He had to quarantine, I had to quarantine whenever we saw each other at that time. And that’s usually not conducive to a production schedule because you don’t really have much time. You have, like, two days off.”

NUSHRRATT GETS MASSIVE RESPONSE TO HER FILM, CHHORII

NEW DELHI: Nushrratt Bharuccha’s recent outing as a pregnant woman in her first solo lead film, ‘Chhorii’, has been receiving massive applause and praises from the audiences and the critics alike. The performance of the actress is being touted as her career best till date.

Nushraatt chose to venture into a new genre and her bold career choice paid off as Chhori truly proves her prowess as a performer.

Opening up about the overwhelming response to the film, Nushrratt says, “Chhorii is indeed one of the most important films of my career, and the kind of love the film is receiving is super encouraging. I’m really glad that with Chhorii, I could put out a responsible message that is the need of the hour. It’s not just any another horror film, it’s a film with a perspective — one that brings to light a social evil, provoking thoughts that inspire us all to take responsibility in a manner that we move towards bringing about a change.”

Opening about her Chhorii being her first solo lead film, Nushrratt says, “It was equally daunting and enriching experience to single-handedly headline such a film. It will always remain one of the most difficult films I’ve done so far.”

Nushraatt shines bright in every frame, giving audiences thrills and chills as you can’t help but empathize with her fear and helplessness as she finds herself pitted against evil.

Unanimously hailed as her career’s best performance, it’s a new era for the actress who will next be seen in content-driven films like Janhit Mein Jaari, which she headlines, Ram Setu, Hurdang and many others in the pipeline. 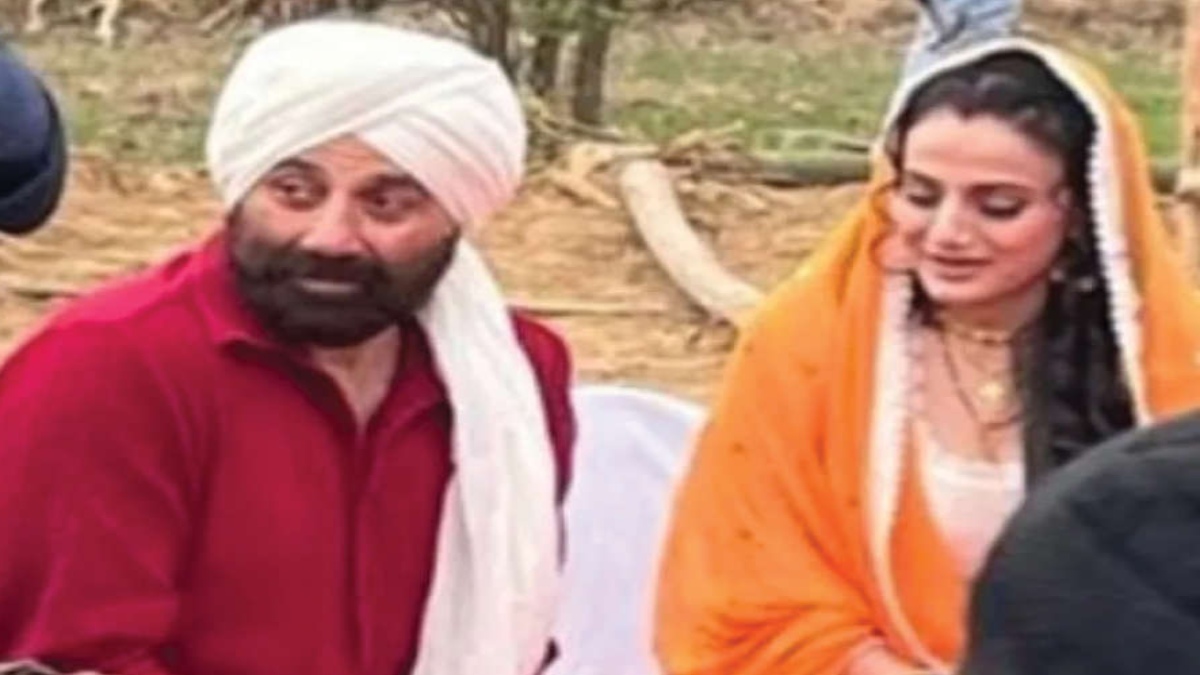 MUMBAI : All thanks to Ameesha Patel for giving fans a glimpse of her and actor Sunny Deol’s look from their upcoming film ‘Gadar 2’.

In the image, Sunny can be seen donning a turban and red kurta, while Ameesha looks graceful in an orange patiala suit with dupatta covering her head. Their look made fans extremely nostalgic and made them recall the iconic characters Tara Singh (Sunny Deol) and Sakeena (Ameesha Patel) from the hit film ‘Gadar: Ek Prem Katha’.

“GADAR2..muhurat shot,” she captioned the post. The film went on floors today only in Himachal Pradesh. Director Anil Sharma’s son Utkarsh Sharma also expressed his happiness about the commencement of the shoot. “Lo ek aur safar shuru ho gaya, filled with excitement at the muhurat of #Gadar2. Aap sab ki blessings and pyaar chayiye,” he tweeted.

For the unversed, Utkarsh had played the role of Sunny and Ameesha’s son in the first part, which is a period-action drama set in 1947, the time of partition in India. The first film mainly revolves around Tara Singh (portrayed by Sunny), a Sikh truck driver from Amritsar, who falls in love with Sakina (portrayed by Ameesha), a Muslim girl hailing from a political family in Lahore, Pakistan. Late Amrish Puri was also a part of the first installment. 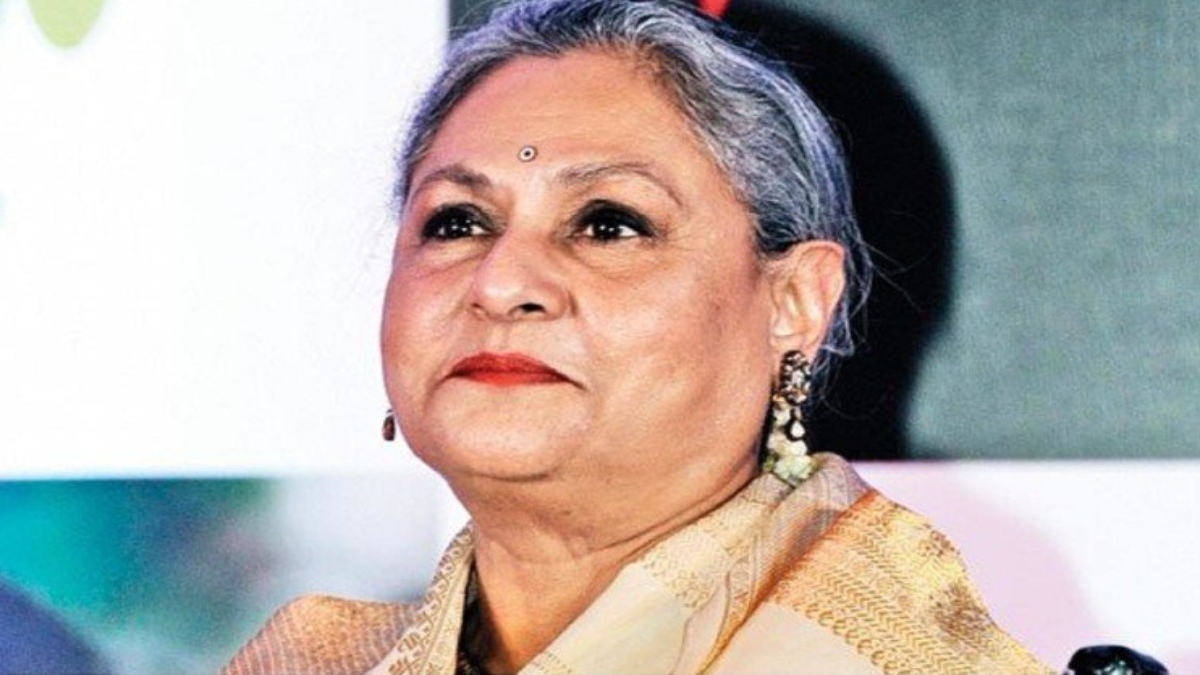 Jaya plays Ranveer Singh’s grandmother and her role has distinct shades of comedy in it. Says a source very close to the project, “Jayaji plays a halwai (mithai maker). She plays a loud earthy outspoken woman who loves a good laugh, at her own expense or at the expense of others. It is her most fun-filled role to date. She loves Karan Johar for giving her a role that didn’t require her to be serious all the time. She is enjoying just letting down her hair.”

Sources from the location in Delhi say that the fun Jayaji is having on camera is spilling over to her real life. “She has never been such a fun person. She keeps joking on the sets that Karan Johar couldn’t get Johnny Lever’s dates, so he signed Jayaji instead,” informs a source.

As for the film, Rocky Aur Rani Ki Prem Kahani is being directed by Karan Johar. Produced under the Dharma Productions banner, the film stars Ranveer Singh, Alia Bhatt, Jaya Bachchan, Shabana Azmi, and Dharmendra. Announced in July 2021, the film is being readied for release on February 10, 2023.