A girl shot in the neck, onset of 'Jungle Raj' in Bihar? - The Daily Guardian 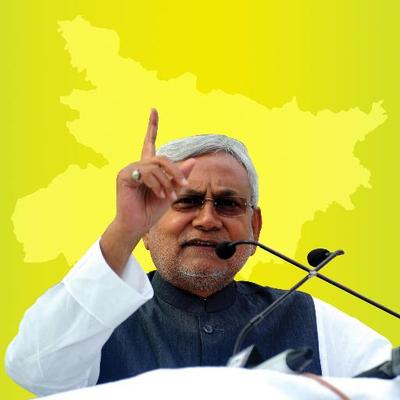 On Wednesday, the daughter of a vegetable vendor was shot in the neck in Patna, near a busy road. The incident took place in the Indrapuri area. The girl is admitted to the hospital in a critical condition and undergoing treatment. The cops reported that the attack was a fallout from a love affair.

The accused can be seen approaching the girl in CCTV footage of the shooting incident while donning a mask and a cap. In addition, he is holding a bag. Later, the girl appears in the frame wearing a pink outfit. A little while later, the man pulls a revolver and shoots the girl for crossing him. The accused leaves the scene as the girl immediately drops to the ground.

The whole thing happened during the daytime, adjacent to a major road. The video shows a number of pedestrians and two-wheel bikers. Several Twitter users expressed horror at the incident when the video went viral on social media and accused lawmakers from all parties of being at fault for Bihar’s “bad law and order condition” and “jungle raj.”

Last Thursday, the state witnessed Nitish Kumar sworn in as chief minister for the ninth time alongside Tejashwi Yadav, his new deputy from the RJD. This week, a new cabinet with 31 ministers was sworn in. The BJP has previously attacked the RJD over the state’s legal system and order.

NIA raids house of accused in case related to arms, ammunition in J&K