Thirty-seven doctors from Delhi’s Sir Ganga Ram Hospital tested positive for the novel coronavirus after getting the double dose of the Covid vaccines.

The majority of them had received full doses of the Covid vaccine. Thirty-two of the doctors are isolated at home and five have been admitted to the hospital. Most of them have mild symptoms of the infection. “The doctors were infected while treating Covid patients at Sir Ganga Ram Hospital. They have mild fever and weakness,” said sources.

Sources also said that the number of infected doctors may be more than 37.

A similar situation was reported the previous day when at least 40 doctors tested positive for Covid-19 at Lucknow’s King George’s Medical University after being administered the second dose of the vaccine.

This news comes among rising concerns of the virus being more contagious in the current ‘second wave’, which is leading to large numbers of healthcare workers getting infected, even after being vaccinated.

IDEA BEHIND DAMROO IS TO SUPPORT INDEPENDENT ﻿MUSIC: RAM MISHRA

In an exclusive conversation with NewsX India A-List, Ram Mishra, Founder and CEO, Damroo App, spoke about his app and how it promotes independent artists and their music. 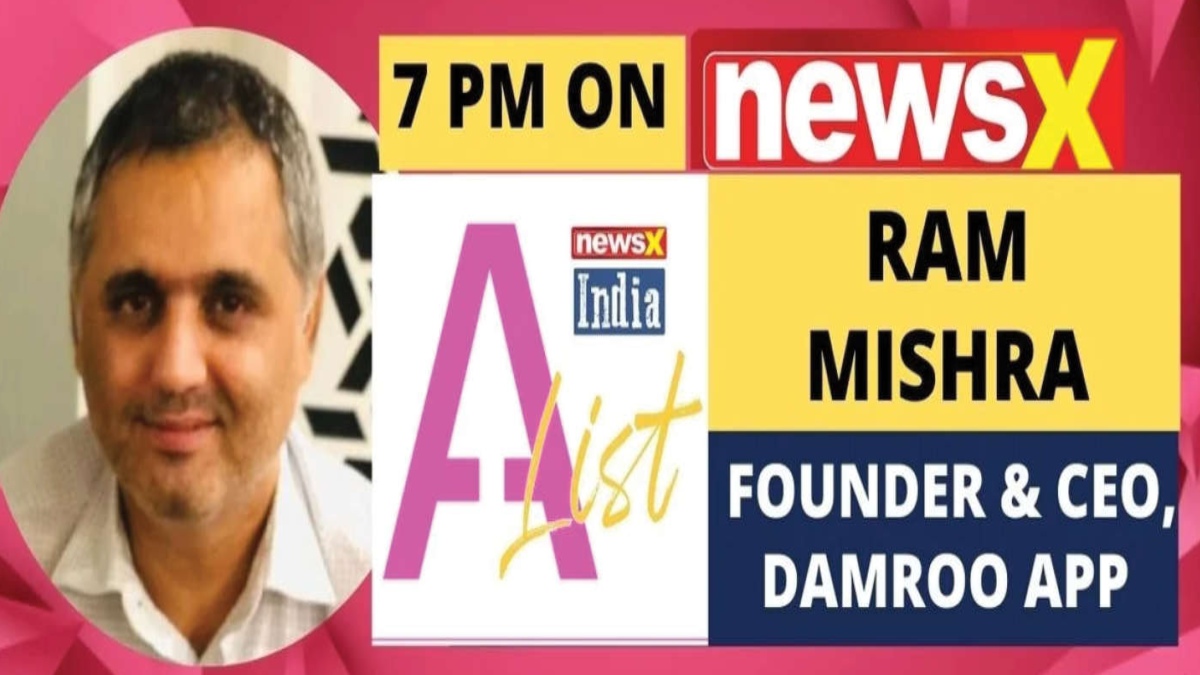 Ram Mishra spoke about collaborating with singer Kailash Kher and BJP leader Dr Sambit Patra and how his app promotes independent artists and their music. Talking about the collaboration, Ram said, “I am thrilled about the song ‘Shri Jagannath Ashtakam’, composed and sung by Kailash Kher and Dr Sambit Patra. I am thankful to them and excited to release this song exclusively on the Damroo app. It is a beautiful song about Lord Jagannath. For those people who are not able to attend the Jagannath Yatra this year due to the pandemic, this song is for all of them. Those who don’t like spiritual songs should listen to this one. It is going to fill your mind and heart with energy.”

On being asked about his app, he said, “The idea behind this app is to support independent music and non-film music. There are a lot of digital platforms and apps, that are promoting International and Indian music but this is the only platform that promotes independent music and non-film music. We also kept in mind that a lot of people want to listen to regional music- be it Punjabi, Odia, Gujarati, Assamese, Rajasthani, Bhojpuri or anything else. This platform will provide them with all of this. Just one click and they will be able to get their choice of music. We have songs in more than 20 languages and are also collaborating with regional and independent music artists and labels.”

“We have a service in Damroo Plus, which is designed to support independent artists. There are times when independent singers/musicians don’t have proper platforms or labels to support them, this service will help them to showcase their talent and give opportunities to upload their songs and music on this App. Through this platform, they can also upload their songs on other platforms like Saavn, Gaana and Spotify. In this App, they can also keep a track of their songs/music, like how many people have listened to their song, in which country/cities is it getting popular, how much revenue they are making through these songs and as soon as they claim this revenue from us, we pay them immediately. And, like other music apps or platforms, here also they can make their playlist and create their fan base”, he added. 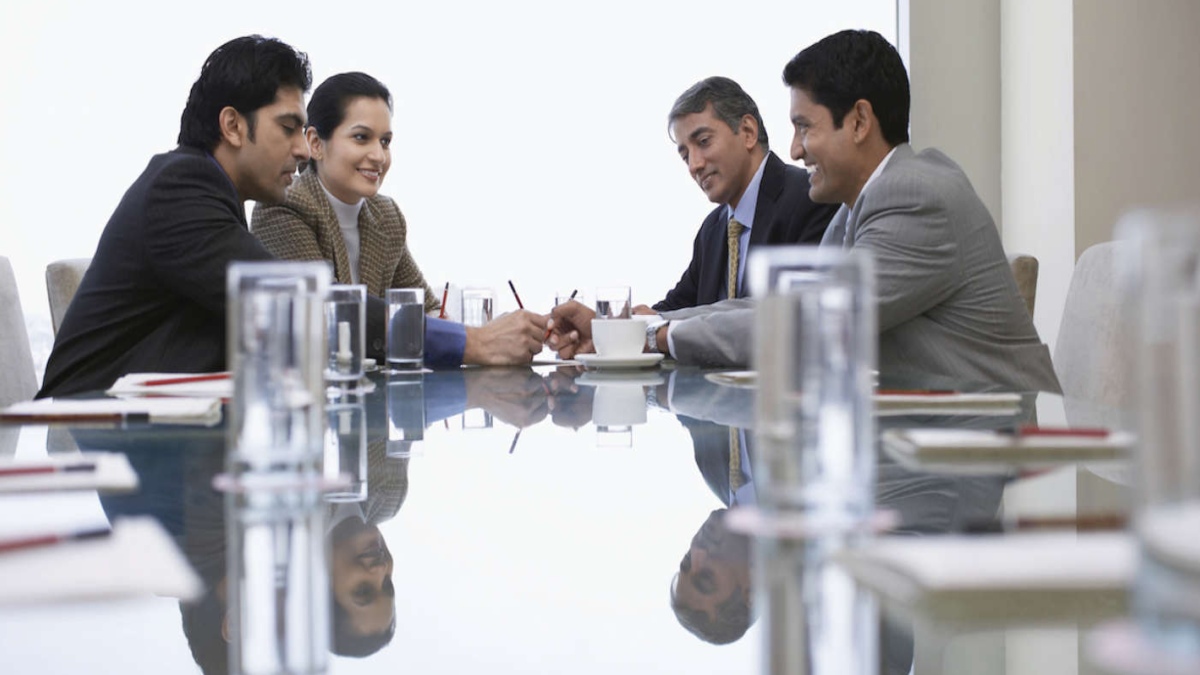 The country was in a deep fiscal crisis and facing a very difficult balance of payment (BoP) situation during the late 1980s and early 1990s. The acute fall in the BoP led to an expeditious depletion of forex reserves. It declined to Rs 3142 ﻿crore and this sum was not even enough to finance imports for one month.

At that time, there was a minority government at the centre with the support of Congress from outside. To counter the problem and for fiscal correction, the government decided to divest up to 20% of its equity on selected central public sector undertakings (CPSUs) as one of the measures through the interim budget, presented in March 1991.

Later, the Congress party formed the government and introduced a new economic reforms policy in July 1991. The new era of reforms started and it led to the adoption of the disinvestment policy of the previous government. Since 1991, all successive governments have been adopting more or less the same policy for the disinvestment of CPSUs.

In 1998, the BJP-led NDA formed the government and took the initiative of speeding up the process of disinvestment. During the NDA government, the maximum amount was realised through disinvestment in the form of strategic sales. In such a case, the ownership of the CPSUs was given up by the government.

From 2004 to 2009, the pace of disinvestment had slowed down. At that time, the Congress-led United Progressive Alliance was in power with the support of the left front. The left parties were not in favour of the disinvestment policy. The left parties forced the government to retain the existing Navratna companies and profit-making CPSUs will not be sold. Accordingly, the strategic sale methodology was called off.

However, during 2009-14, the process of disinvestment had picked up pace as the Congress-led UPA-II formed a full majority government. The government ruled to bring its equity in CPSUs down to 51% without diluting its public sector character.

It is expected that the government’s privatisation programme for FY22 may get delayed due to the second wave of the pandemic. But the government is confident that the target of Rs 1.75 trillion is still achievable. Nevertheless, the government should introduce a transparent policy for CPSUs reform and not limit itself to privatisation alone. The amount raised through disinvestment should be used either to retire old debt and/or to restructure CPSUs. It should not be used for expenditure.

Regular sea travels for trade and commerce, adventure and exploration, and conquests were not unknown in ancient India and continued well into the medieval era. 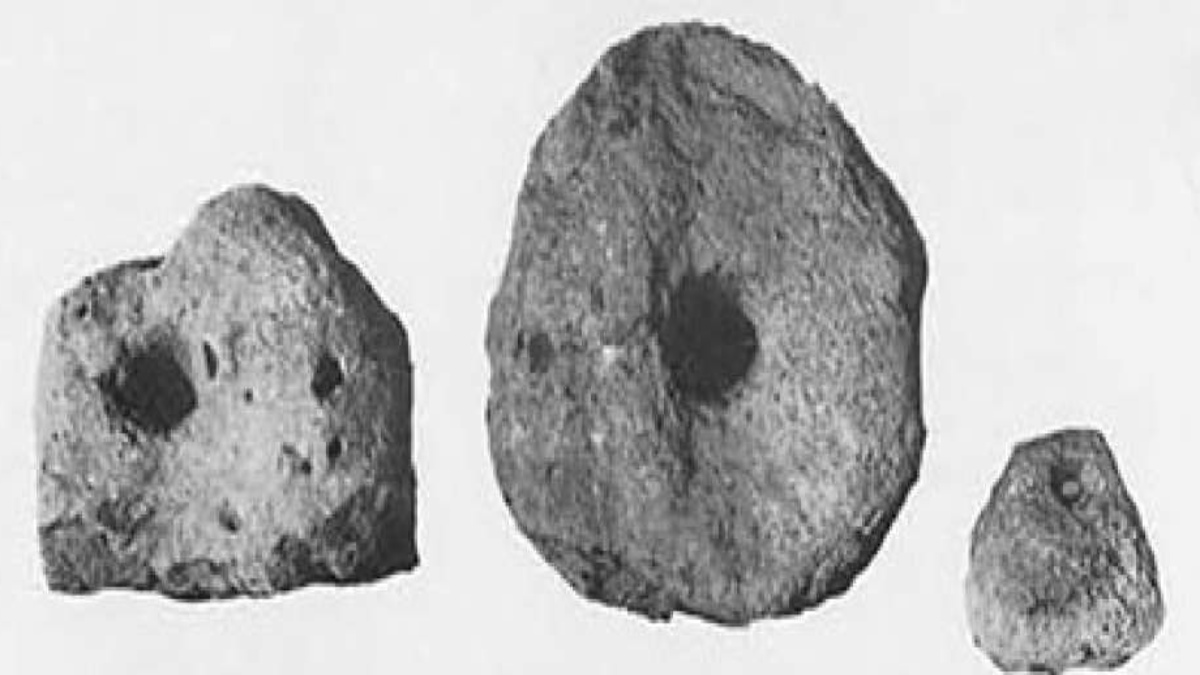 The geographical features of a country play a pivotal role in determining the social and cultural traits of its people. It also helps in determining the trading nature of a community to some extent. From a look at the physical features of India, it is clear that no other country in the world is better marked out by nature as a region by itself than India. Protected by the high Himalayan ranges in the north and sea-girt in the south, it would seem that India would remain in its natural isolation, cut-off from the rest of the world. Yet various archaeological artefacts and the literary evidence point at thriving trade relationships with foreign countries that started from the proto-historic Harappan era. India has always been a trading nation offering to the world its much-treasured commodities such as spices, steel, jewels, medicinal drugs, perfumes, and fine cotton.

Model of a Chola (200-848 CE) ship’s hull, built by the ASI, based on a wreck 19 miles off the coast of Poombuhar, displayed in a Museum in Tirunelveli. Wikimedia Commons 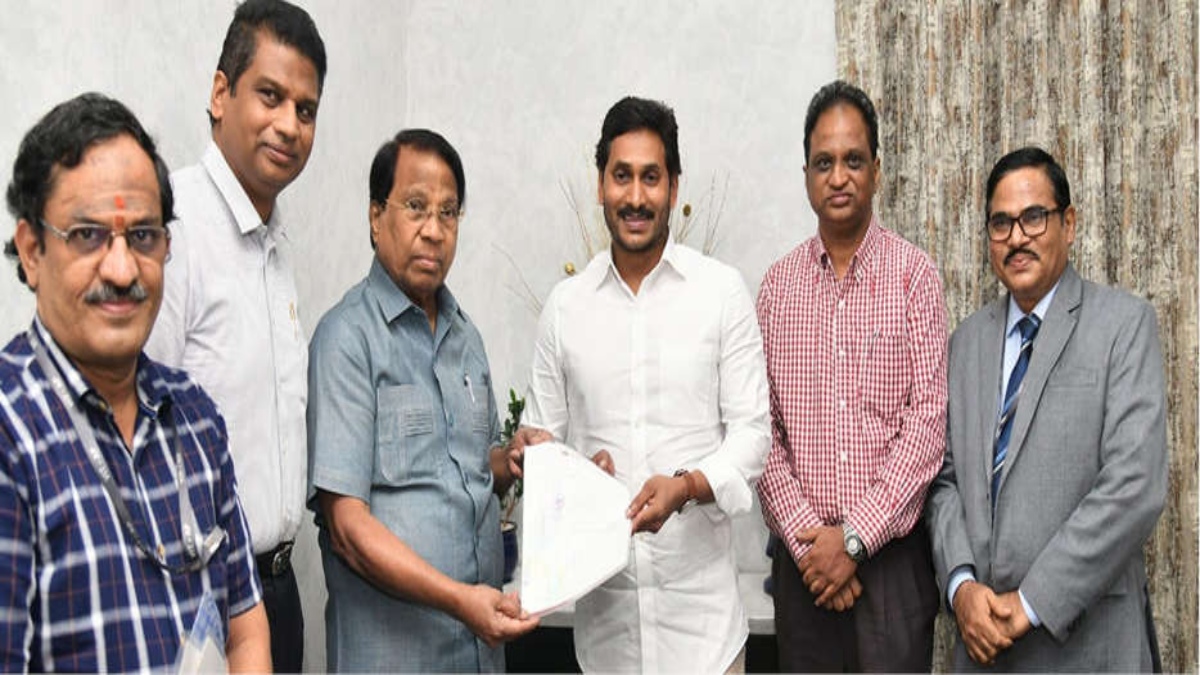 Dr Viswanathan informed the Chief Minister that VIT University is recognised by the Government of India as Institute of Eminence and informed the progress of VIT-AP University. The VIT-AP campus, which is poised to become one of the country’s best campuses, offers several avenues to explore your interests, identify core competencies, and engage in an evolving lifecycle of education and growth. He said, “from the academic year 2021-22, we have announced GV Scholarship and Rajeswari Merit scholarships of 50% to 100% scholarships to district toppers and state toppers aimed at supporting candidates enrolling on non-engineering programmes.

CM Jaganmohan Reddy lauded the efforts of VIT-AP management, faculty, and staff in bringing glory with the success in making Amaravati as education hub as he desired.

PANAJI: The third case of gang rape has been reported in Goa this week. Following the rape of two minors at the beachside in Benaulim village and the rape of a 19-year old in Usgao village by two truckers, Quepem Police have registered a rape case of a girl from North East. A case has been filed by the Quepem Police against Sudhakar Naik and Shambhu Nath for raping the girl. According to the police, she was reportedly called to Goa on the pretext of providing her with a job and was raped repeatedly for three days by the accused.

Meanwhile, Goa Chief Minister Pramod Sawant is facing flak after his remark in the Assembly questioning parents, why their children were alone on the beach late at night. CM Sawant said on Wednesday, “When 14-year-olds stay on the beach the whole night, the parents need to introspect. Just because children don’t listen, we cannot put the responsibility on the government and police.” Are the police and the Goa government not responsible for safeguarding its people or should not be held accountable for crimes against women. 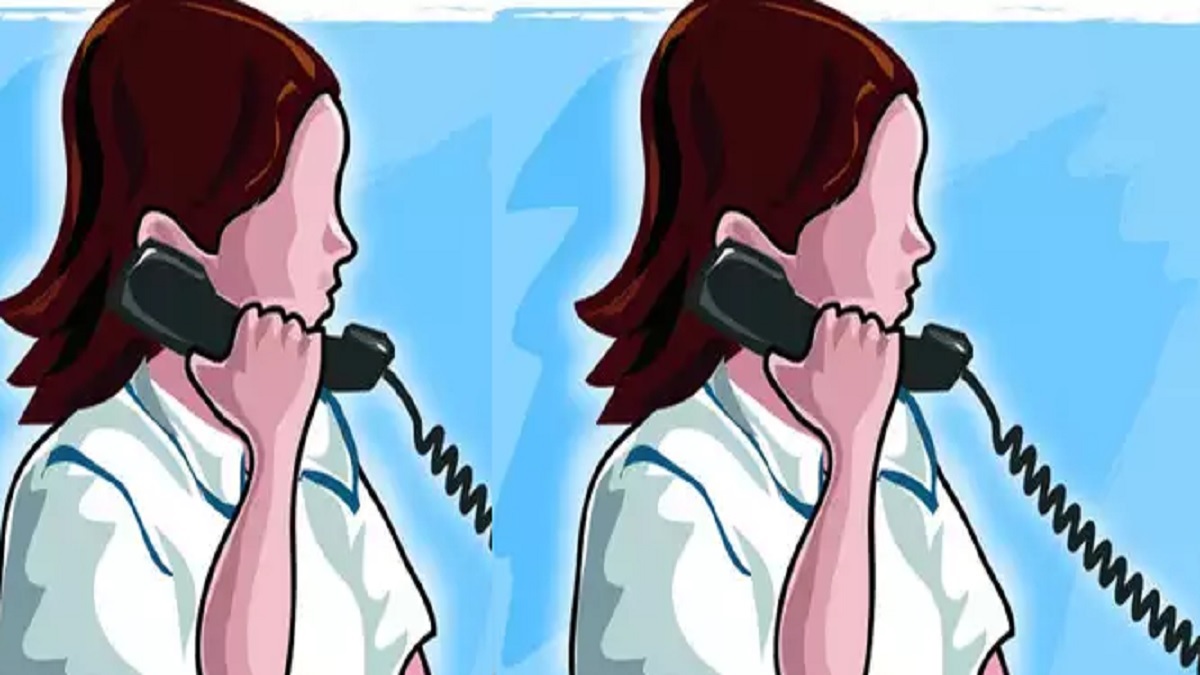 The teleconsultation helplines of many premier health institutions like Post Graduate Institute of Medical Education Research (PGIMER) Chandigarh and PGI, Rohtak remain engaged for most of the time which has emerged as a huge problem for the patients of several states including Haryana.

PGI’s helpline 0172-2755591, which was supposed to provide timely consultation and treatment to needy patients operational from 8 am to 9.30 pm, remains engaged for most of the time which has surfaced as a cause of concern. Thus, connecting to the above-mentioned number for teleconsultation is not less than a tough task.

It is pertinent to mention that generally, 10,000 patients visit the institute a day and among these 20% hail from Haryana. Thus, not connecting to the helpline has led to a surge in the problems of the people of the state. Presently, 4000 patients visit the PGI per day via connecting to the helpline as well as the PGI’s website. Out of these patients, nearly one-third of the total patients visiting PGI get registered for treatment physically with the help of the above helpline while the rest get treatment via teleconsultation.

It is worth mentioning that initially six different lines were provided on the above helpline (landline number) but in wake of the increasing patient load, the administration decided to extended these lines from 6 to 20 but it also proved insufficient. Regarding the same, Dr Sandeep Pandey who holds the portfolio of the head of the Central Registration Department (CRD) PGI said that the institute continues to put its best to provide timely health facilities to the patients at home as well as by physical OPD. The Daily Guardian also checked the status of the helpline on different days by making calls and what came to the surface was that lines continue to remain engaged up to an hour or more than this sometimes.