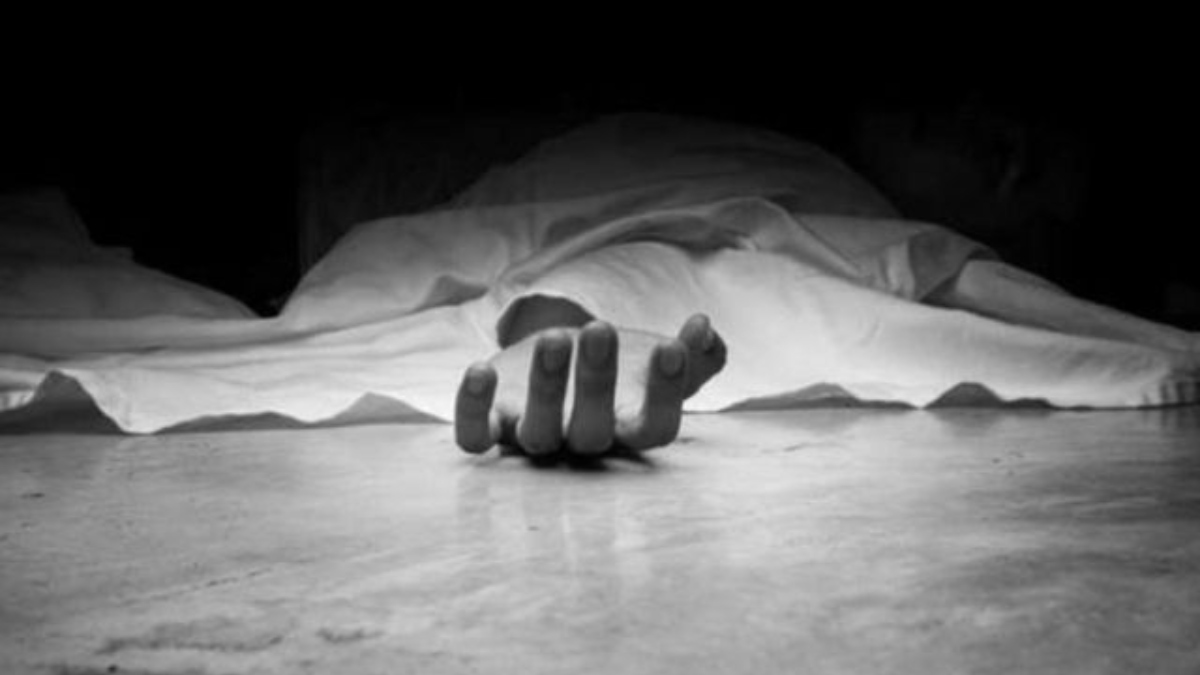 The Jammu & Kashmir government on Sunday suspended three members of Srinagar’s District Medical Board following the death of a differently-abled class 10 student outside their office, an official said in a statement.

Reports said that the differently-abled class 10th student could not get an ascribe from Jammu and Kashmir Board of School Education given his inability to write down the paper himself.

The initial inquiry has indicted the doctors as none of them, not even the class IV employee, accompanied them to the hospital and he has been declared brought dead.

Advisor to Lieutenant Governor, Farooq Khan, who is also in In-charge of Social Welfare Department, had asked about a factual report from Principal Secretary Social Welfare Department after a video surfaced on social media in which the sister of the deceased student is narrating how her brother succumbed due to the negligence and unbecoming behaviour of medical board doctors.

On Sunday, the government said that they have placed under suspension medical board members and nursing orderly also, no action has been taken so far against Jammu and Kashmir Board of School Education authorities.

BJP should talk about jobs and development, not love jihad: Owaisi 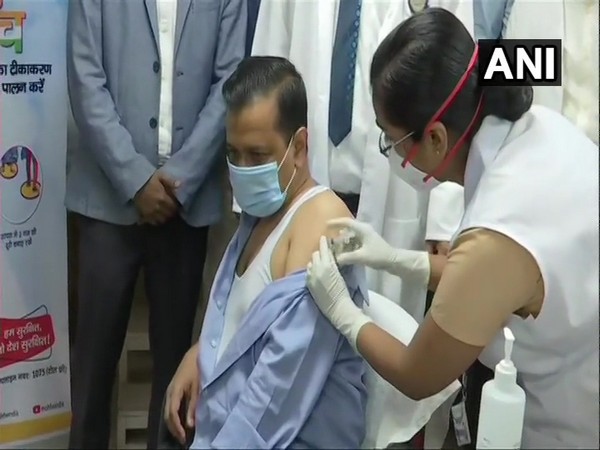 New Delhi [India], March 4 (ANI): Chief Minister Arvind Kejriwal on Thursday was administered his first dose of COVID-19 vaccine at Delhi government-run LNJP hospital here.
52-year-old Kejriwal has been receiving treatment for diabetes for the last 10 years, hence he is eligible for inoculation under the ongoing phase of the COVID-19 vaccination drive.
His parents, who reached the hospital, were also vaccinated.
Speaking after getting the vaccine shot, Kejriwal said: “My parents and I have taken a jab of COVID-19 vaccine at LNJP hospital. We took Covishield. We don’t have any problems (after vaccination) and are in good health. I appeal to those who are eligible for vaccination to come forward to take the vaccine. There are good facilities at LNJP hospital. There is no need to fear. Doubts in people’s mind (about vaccine) no longer exist.”
“We are in touch with the Central government. If needed, we will increase vaccination centres,” he added.
The countrywide vaccination drive was rolled out on January 16, 2021, and the vaccination of the Frontline Workers (FLWs) started on February 2. The next phase of COVID-19 vaccination commenced on March 1 for those who are over 60 years of age and for people aged 45 and above with specified co-morbid conditions.
President Ram Nath Kovind, Prime Minister Narendra Modi, Union Home Minister Amit Shah, Defence Minister Rajnath Singh and Union Health Minister Dr Harsh Vardhan have already been vaccinated against COVID-19.
As per the Health Ministry, a total of 1,66,16,048 vaccine doses have been given to the beneficiaries in the country against COVID-19 till today.
Meanwhile, as many as 17,407 new COVID-19 cases and 89 deaths were reported from India in the last 24 hours. (ANI) 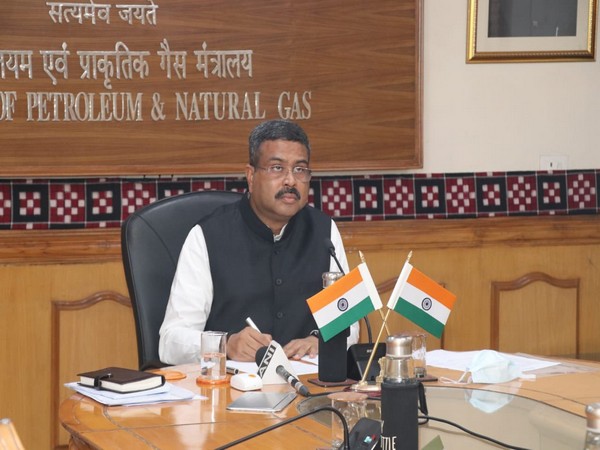 New Delhi [India], March 4 (ANI): Union Minister of Petroleum and Natural Gas Dharmendra Pradhan on Wednesday said that Odisha’s long coastline is going to be the epicentre for the development of India.
“The government-led initiatives in the petroleum and steel sectors will provide impetus to the maritime economy in Odisha. Integration of crucial infrastructures like road, rail and port will lead to the industrial development of the state. Potential for the port-led blue economy will be unlocked with the multi-modal rail, road and air linkages with sea and riverine ports for transport of minerals and goods at much lower logistics cost, he added.
In the 21st century, the maritime economy is going to change the face of the world, especially Odisha and India, the minister said.
Terming Odisha as the energy gateway for eastern India, he urged investors to invest in the development of ports in Odisha adding that the government’s initiatives in the Petroleum and Steel sectors will provide impetus to the maritime economy of Odisha which has immense potential for maritime trade and commerce.
“Odisha has been at the centre of Prime Minister Narendra Modi’s Purvodaya vision. Massive investment is being made to promote infrastructure development activities across the various industrial and commercial sectors in Odisha, It is emerging as the energy gateway of eastern India,” the Minister urging all stakeholders to unite the efforts as a team to help create an Aatmanirbhar Bharat.
Addressing a special session on investment opportunities in Odisha at the maritime India Summit 2021 virtually, the Minister said, Odisha’s coast along with Paradip will be the gateway of growth of the eastern part of the country.
He urged all stakeholders to unite our efforts as a team to help create an Aatmanirbhar Bharat.
“Odisha’s long coastline is going to be the epicentre of development and growth in the region.It has natural harbours, rich natural resources, long coastline and skill-able as well as hardworking manpower. The state is uniquely poised to be part of India’s AatmaNirbhar journey and contribute to the country’s target of becoming a five trillion dollar economy,” he said.
“At one point in history, we were one of the prosperous civilization in the world, which is known as the ‘Kalingan Civilization’, ‘Utkaliye Civilization’. There is a lot of anthropological, social evidence on all these issues.
Today we are at the beginning of the 21st century. PM Modi has given a clarion call for the ‘Atmanirbhar Bharat’, for a 5-trillion economy. These are not mere words or concepts only. There are certain actionable points, there are some responsibilities, a concrete plan to achieve all these targets. Every society, every state has its own roadmap. I am happy the Government of Odisha is on a very positive note, preparing itself to be a part of this 5-trillion dollar economy and Atmanirbhar Bharat. (ANI) 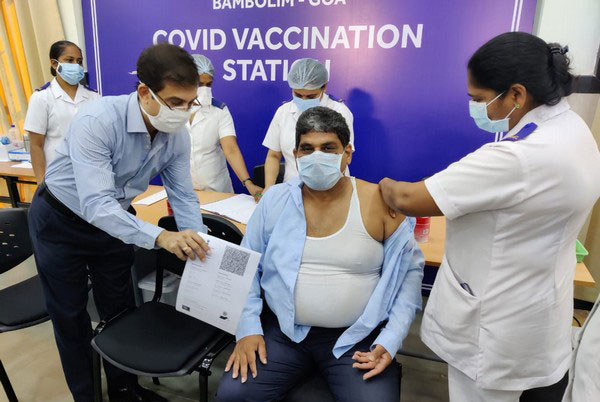 Bambolim (Goa) [India], March 4 (ANI): Goa Director General of Police (DGP) Mukesh Kumar Meena on Thursday morning took the first dose of COVID-19 vaccine at Goa Medical College (GMC), Bambolim.
Meena said he has urged all his colleagues to get themselves vaccinated in order to rededicate themselves to the service of the people during the pandemic.
“#goapolice has been on the frontline in the fight against #COVID19. I have urged all my colleagues to get the vaccine as a matter of pride and rededicate themselves to the service of the people during the pandemic. I took the #COVID19Vaccine today, so must you! #goa @goacm @dip_goa,” the DGP Goa tweeted.
The second phase of the COVID-19 vaccination drive — to inoculate people above 60 years and those over 45 with comorbidities against the coronavirus — began on March 1.
On Monday, Prime Minister Narendra Modi administered the first dose of the COVID-19 vaccine at All India Institute of Medical Sciences (AIIMS) New Delhi. Apart from the Prime Minister, President Ram Nath Kovind and several union ministers, including Amit Shah, S Jaishankar, Jitendra Singh, Dr Harsh Vardhan and several others have also received their first COVID-19 vaccine jabs.
As per the health ministry, a total of 1,66,16,048 vaccine doses have been given to the beneficiaries in the country against COVID-19 till Thursday morning.
Meanwhile, as many as 17,407 new COVID-19 cases and 89 deaths were reported in the country in the last 24 hours. (ANI) 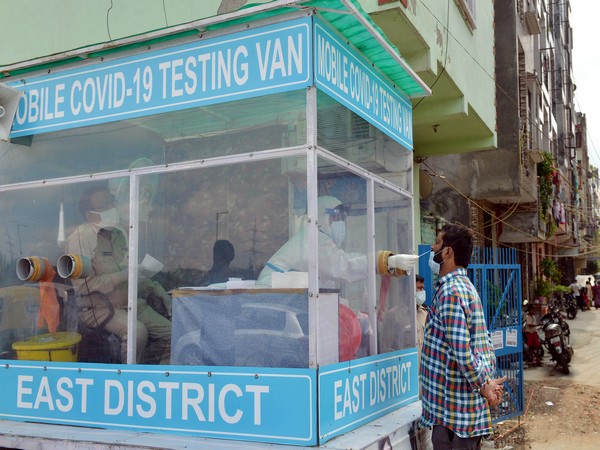 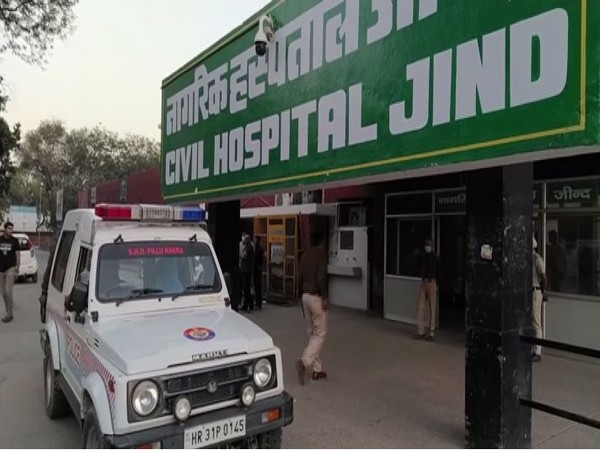 Jind (Haryana) [India], March 4 (ANI): A violence erupted between two groups here in Siwaha village on Wednesday over a folk singer allegedly “praising” Jannayak Janta Party (JJP) MLA Amarjeet Dhanda during an event, Haryana police said.
As many as seven people have been injured in the violence and receiving treatment in a civil hospital at Jind.
“This is a case of rivalry between the two groups in the village. Four people from one group and three from the other are injured. They are receiving treatment here at a civil hospital. A panchayat was held earlier in the matter. There are allegations (over firing),” DSP Pushpa Khatri, Jind, Haryana told ANI.
She further added that a case has been registered and further investigation is underway.
Village Sarpanch Ved Pal said that the violence erupted during a function held in the village on February 27 where Dhanda had been invited to the village to join a religious ‘bhandara’.
“My family was attacked. On February 27, JJP MLA Amarjeet Dhanda was invited to a ‘bhandara’ where a singer praised him, but they (miscreants) did not like it and created a scene. My brother was also injured and he is admitted here,” he said.
Sarpanch alleged that Sunil, Devi Lal, Dharambir, Sachin and Anoop alias Kala protested during the event when the singer praised the JJP MLA on February 27. However, the matter was resolved soon on that day.
“On Wednesday, my brother Ashok along with two others were coming towards their village from neighbouring Pillu Kheda Mandi. But Sunil, Devi Lal, Dharambir, Sachin and Anoop were waiting for my brother and others on their way and later attacked them over the issue of singer praising the MLA,” he said. (ANI) 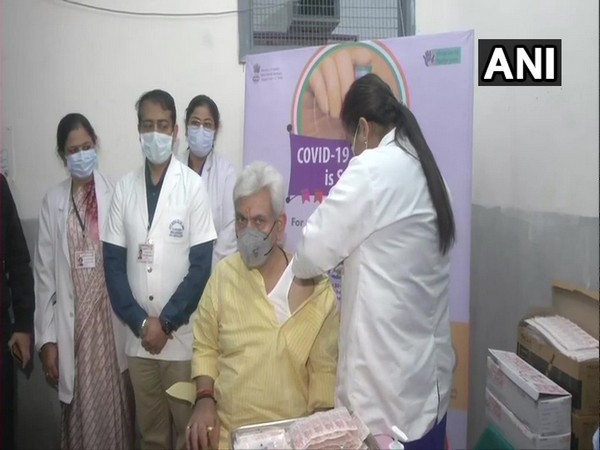