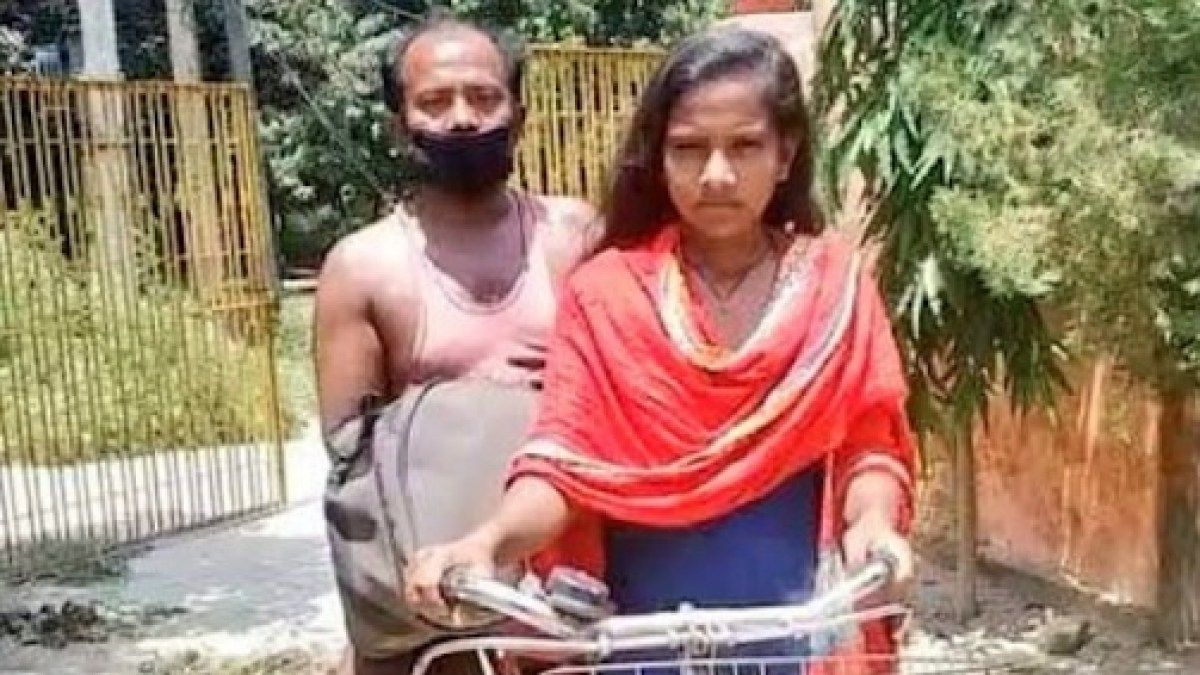 A 15-year-old girl did what even professional cyclists would think twice before doing. She took her injured father as a pillion on a bicycle and paddled almost 1,200 km from Gurugram in Haryana to Bihar’s Darbhanga district after they were reduced to starvation with no work at hand due to the Covid-19 pandemic.

It took Jyoti Kumari eight days of near-continuous paddling and an iron will to reach her home at Sirhulli village in Singhwada area of Darbhanga. Before the lockdown, she had gone to Gurugram to take care of her injured father, Mohan Paswan, an autorickshaw driver. Mohan had met with an accident and undergone several operations, making his movement impossible.

Meanwhile, all his savings were spent on paying for food, medicines and rent. On one hand, they were starving due to lack of work because of the nationwide lockdown, and on the other the landlord insisted on getting rent. When he was left with no money to pay the rent, Mohan recollected, they were asked to vacate the house. It was at that moment Jyoti decided to pedal her way to the village with her ailing father as a pillion. She told her father to arrange for a bicycle.

Mohan borrowed some money and purchased a second-hand bicycle. Jyoti recalled, “There were hundreds of people walking on highways. I was afraid during the night. At times we rested under trees. We got food on the way. People helped us in Delhi and Uttar Pradesh. At times some truck driver gave us a ride. I am happy to have brought my father home.” Jyoti is the eldest among Mohan’s five children. When asked if he would prefer to go back to Gurugram post the lockdown, Mohan said, “I would have to think about it.” He was, however, interrupted by Jyoti. No, I won’t let him do that,” she said.