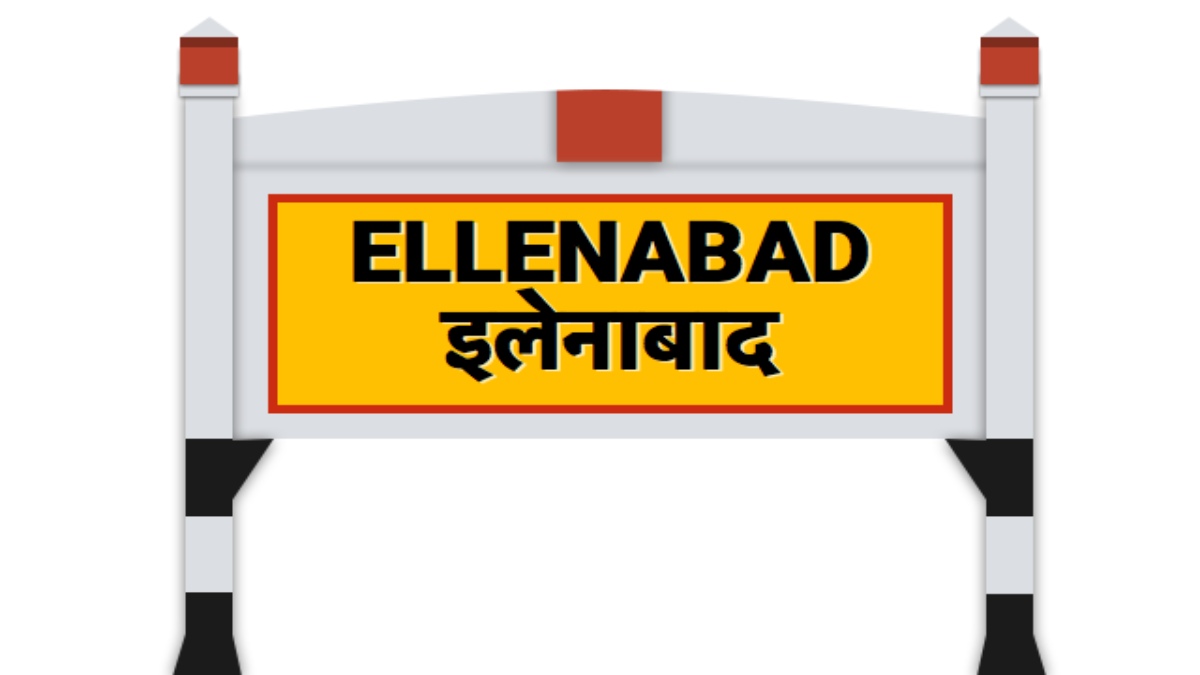 The results of the cliffhanging Ellenabad bypolls were declared on Tuesday and the Indian National Lok Dal (INLD) contestant Abhay SIngh Chautla succeeded in emerging as the winner in the segment as it was being expected by the political experts in wake of the ongoing political scenario. But tall claims of victory by huge margin proved futile as the battle emerged as a neck to neck fight between the INLD and the ruling BJP-JJP parties. Contrary to the expectation, Abhay chautala emerged winner with a margin of just 6737 contrary to the party’s claims and the experts who were expecting INLD’s victory with a difference of at least 15000 to 20000 votes . In continuation to this, the ruling BJP marked its strong presence in Ellenabad, known as the INLD’s bastion.

Out of the total 186403 votes, as many as 151524 were polled in the election. Of the whole, the INLD gained 65298 votes to be followed by the BJP and the Congress parties’ contestants namely Govind Kanda and Pawan Beniwal with 59189 and 20857 votes. While all contestants were required one sixth of the total votes polled to save their fixed deposit i.e. 25254 votes. The INLD candidate Abhay started getting momentum during counting round by round and the candidates of the opposite parties hailing from the BJP-JJP and the Congress were trailing with a slight high margin which indicated the upcoming results to some extent. But finally the margin could not meet the expectations of the INLD.

Regarding this,Anil Vij, the BJP stalwart and the Home Minister said that although the INLD managed to win the election but It should be considered as a moral defeat of the Abhay Chautala as he couldn’t fulfill the claims of huge victory in the segment. Besides, the BJP succeeded in securing second position.

Apart from the aforesaid, it is worth mentioning that the by-poll proved a nightmare for the main opposition Congress as well as the party contestant Pawan Beniwal who ended on third position and failed to save the fixed deposit with a lack of nearly 4000 votes. The by-poll proved a setback for the state party president Kumari Seleja too. She hails from the Sirsa under which Ellenabad constituency falls. Besides she was leading the whole election campaigning and, thus the results of the by poll is being considered a nightmare for her Pawan Beniwal, who had failed to survive the assembly poll against Abhay Chautala in 2019, recently switched over from the BJP to the Congress. He was in the fray as candidate of the main opposition party Congress. While regarding the defeat and victory of the INLD, Bhupender Singh Hooda took at Abhay Singh Chuatala saying that he will now resign from the post again in case the Congress moves no-confidence motion in the assembly in support of the farmers agitation.

Over his victory, Abhay Singh Chuatala said that the credit of his victory goes to the farmers as well the commoners. Besides, the results of the bypoll indicate the hidden alliance of the BJP and the Congress befooling the people of the state.

The results of the assembly elections slated in 2019 reveal that Abhay Singh Chautala, candidate of INLD, survived the election successfully defeating the opponents from the Congress and the BJP parties. He remained on the top with a margin of nearly 12000 voters then.