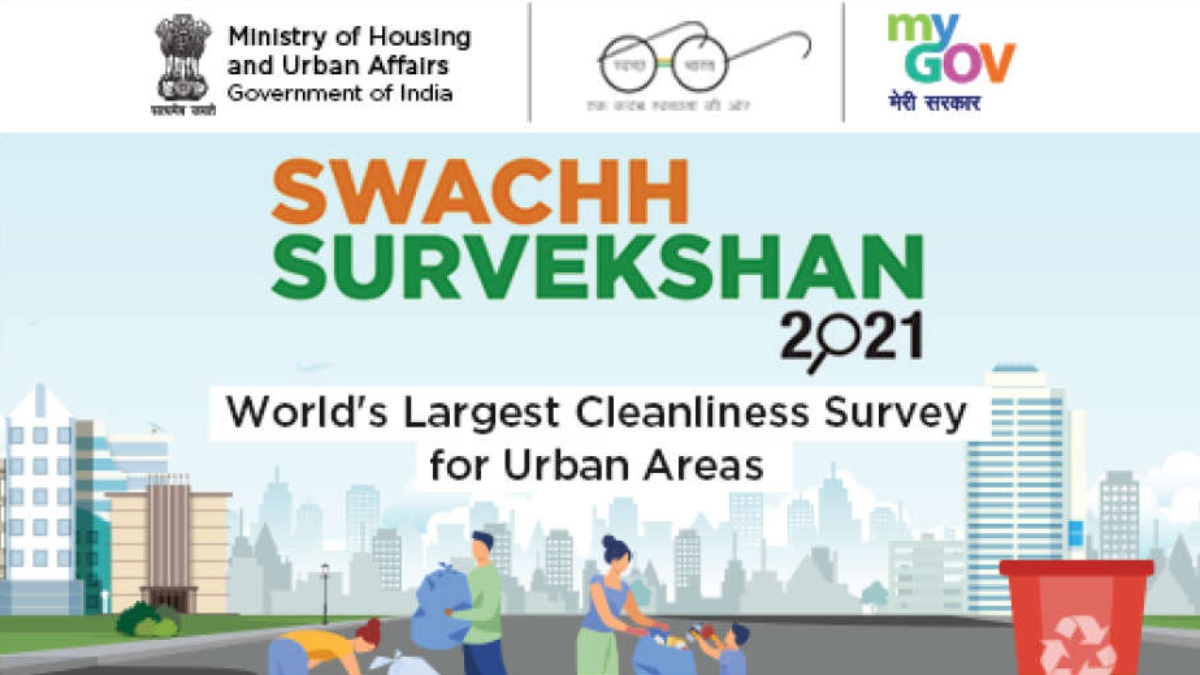 The efforts of the Haryana government seem to get fruitful continuously as the state once again has made its mark in the area of cleanliness by winning a State Award in the Swachh Survekshan-2021 survey wherein two cities of Haryana have bagged the award of ‘Garbage-Free City’ and one city has won the ‘Safaimitra Suraksha Challenge’. All these awards will be given to Haryana in the upcoming Swachh Amrit Mahotsav to be held in New Delhi on November 20, 2021. 12 Urban Local Bodies of the State have been certified as ‘ODF Plus-Plus’ and 43 other Urban Local Bodies with ‘ODF Plus’.

Giving information in this regard, an official spokesperson said that Haryana has been announced to be given a State Award under Swachh Survekshan-2021 by the Union Ministry of Housing and Urban Affairs. Apart from these, Municipal Corporation Rohtak and Municipal Corporation Gurugram will get the ‘Garbage-Free City’ award. Not only this but Municipal Corporation Gurugram will also be honoured with the award of ‘Safaimitra Suraksha Challenge’ on November 20, 2021. He further informed that 12 Urban Local Bodies of the State have been certified as ‘ODF Plus-Plus’ by the Central Government, including Gurugram, Karnal, Rohtak, Ambala, Panchkula, Yamunanagar, Hisar, Nilokheri, Panipat, Gharaunda, Rewari, and Radaur. He said that apart from the above-mentioned Local Bodies, 43 other Urban Local Bodies have been certified with ‘ODF Plus’.

The spokesperson further informed that in the Swachh Survekshan-2020 also the State of Haryana had performed excellently in terms of cleanliness. He said that during the Swachh Survekshan-2020 last year, where 6 cities were certified as 5-star, 65 cities were rated 3-star and 70 cities were rated 1-star, while the Municipal Corporation, Karnal got a 3-star rating and Municipal Corporation, Rohtak got a 1-star rating.

﻿HARYANA KHADI BOARD TO OPEN STORES IN FARIDABAD, GURUGRAM